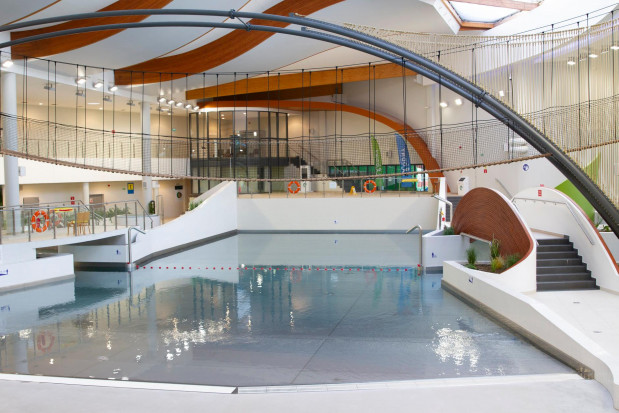 Bioenergy plants at Tychy Water Park, which opened less than three years ago, and at a local wastewater treatment plant, in 2020 produced more than 14.8 thousand. Megawatt hours of energy, making it energy self-sufficient. The surplus – about 5 thousand MWh – went to the network.

“The amount of energy produced by the bio-power plants last year in the sewage treatment plant and Tychy water park will allow to power the city annually at 17.5 thousand” – said Mishao Pawlak, spokesman for the water park in Tychy, Tuesday.

At the end of April, it will be three years since the launch of the water park, the only facility of this kind in Poland operating on biogas energy. The owner of the water park is the Regional Center for Water and Sanitation Management (RCGW) in Tishi, who also owns a wastewater treatment plant. The biogas produced there – in the process of fermenting sewage sludge and degradable industrial waste – is delivered to the park via a pipeline.

According to Wodny Park Tychy on Tuesday, last year, the bio-power plants in the sewage treatment plant and water park produced a total of 14 thousand. 827 MWh of energy that fully meets the energy needs of both facilities. The surplus energy generated (5,000 MWh) was sold to the electricity grid.

Generating such an amount of electricity in conventional coal-fired power plants requires burning roughly 4.7 thousand. Tons of hard coal – that’s as much as 67 full-fledged railroad cars. Thanks to the use of renewable energy sources, carbon dioxide emissions are avoided, and dust and other pollutants have not entered the atmosphere.

Experts have calculated that in order to generate a similar amount of electricity in PV installations, a solar farm would need an area of ​​about 30 hectares.

Heat and electricity usually generate the highest maintenance costs for water parks. Therefore, before starting the construction of Tychy Water Park, they analyzed the work of other Polish water parks, many of which – including because of these burdens – were in short supply. The analyzes confirmed the legality of supplying the facility with biogas energy.

At the end of last year, RCGW, which owns Wodny Park Tychy, became a pioneer in the Tyskie Cluster of Energy – an initiative that will enable the creation of new renewable energy sources, as well as support for different energy sources, which will then be able to balance each other. . Another goal of the group is to manage the surplus capacity for municipal needs in Tishi and its surrounding areas.

“By 2050, the European Union will become an emission-free zone in the world, and the energy sector is responsible for 75 percent of emissions. That is why it is important to shape the energy sector in such a way that it meets the requirements of zero emissions to the maximum extent; for us in Silesia, it is also important That the sector allows transforming the mining area, ” said Zbigniew Gieleciak, Chairman of the RCGW, explaining the idea behind the Tychy Group.

Wodny Park Tychy opened on April 30, 2018; From the start it is powered by electricity and heat from its own sources. Its construction lasted three years and, as reported at the time, it consumed – including the building equipment – about 112 million PLN.

Last year, the water park in Tishi was seriously damaged by the crisis caused by the epidemic. Due to the restrictions imposed, the facility has been closed from March 12 to June 18 and again in the fall – from October 17, 2020 until today. Within four months of operation, the park had to reduce the maximum number of visitors by half and then by 25%, and the necessary epidemiological safety measures were introduced.

“After the closure period, while maintaining the complete sewage system, we were visited by slightly fewer customers compared to the corresponding months of 2019. Compared to other Polish water parks, we were the undisputed leader in this matter” – said Anita Dibrovska, Deputy – RCGW President.

Wodny Park Tychy is currently involved in the work of the newly established Swimming Pool Facilities Consortium on an ongoing basis, and is striving for the possibility of reopening pools and water parks. “We hope that our arguments – complying with strict restrictions and ensuring healthy spending of free time – will soon allow us to return to work,” added the Vice President.

See also  Britain's exit from the European Union with a deal, but businessmen warn that it is not enough. Supplies continue to be cut off
Don't Miss it Subaru cutting itself off the iconic party? Today this car has nothing to do with the brand.
Up Next United States of America. Chief epidemiologist, the highest paid employee in government. He earns more than the president