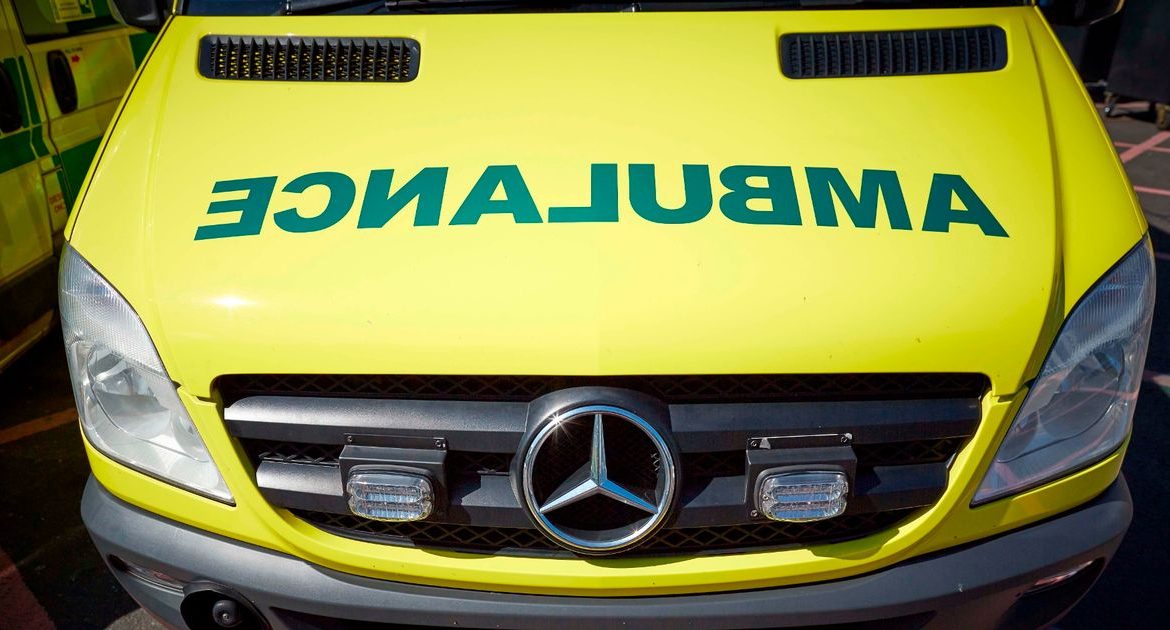 The number of calls to the ambulance service in the northwest increased by more than a third today, compared to the same period last week.

The service had to announce a major incident earlier this evening due to the sheer volume of incoming calls.

Presidents now share that the service handled 2,266 calls between midday and 8 pm.

About 15 percent of the calls have been related to Covid, and even though Monday is a busy day of service anyway, they say they are reviewing why the calls have increased.

Anyone with a non-emergency situation is asked to check their symptoms with 111 online before calling.

Earlier in the evening, unions had agreed that employees would waive breaks if needed, in order to keep up with demand for service.

NWAS Unison Branch Secretary Geoff Gorman earlier described the situation as “extreme” and said business crews had never dealt with such a situation before.

Meanwhile, the mother, who often has to call ambulances for her child, tells the men about witnessing how busy the service is live today.

Casson, Chloe Douglas’s son, suffers from underlying health conditions, including a hole in his heart, and is prone to seizures as he becomes unresponsive.

When the 7-month-old received the ring early this afternoon, Chloe advised his ward in Stepping Hill to call 999.

In the past, she says, an ambulance would usually arrive in 20 minutes, but today she noticed a big difference.

When I called again when symptoms got worse, Chloe says, an ambulance arrived shortly after. In total, she said the wait was just over two hours.

Chloe says she doesn’t criticize the ambulance service at all.

She said, “The situation cannot be remedied and it is not the ambulance service’s fault.

“He has underlying health conditions so I was happy to bring it myself, but I followed what I was told when I called the ward.

“Usually when I called an ambulance they’d be there in about 20 minutes. They said they got a lot of calls throughout the day.

“It can’t be helped. It’s the time of the year and the current situation. They are doing their best but there are just too many employees and too many ambulances on the road.”

“This is not the ambulance service’s fault. There is a lot they can do.”

Keeson is kept overnight in Stepping Hill, but now it works much better.

A Northwest Ambulance Company spokesperson said in a statement: “Due to the high volume of emergency calls in our service, the Trust announced a major accident earlier this evening, and we have now waived that.

“The major incident has been managed according to our usual protocols but we continue to urge the public to contact us only if their condition is life threatening or possibly life threatening.

See also  What can I do in Level 3 insurance?

Traditionally, Monday is often a very busy day for us, as we review the reasons behind the sudden and unexpected spike in demand that we saw today.

“The type of emergency we have received and varied with Covid which accounts for about 15 percent of activity. From midday to 8 pm, we received 2,266 emergency calls 999, an increase of 36 percent over the same time period the previous Monday.

“We want to assure the public that we are prioritizing our calls and you should call 999 if you or the patient is in a life threatening situation.” If this is the case, we will endeavor to respond to you as soon as possible.

“For non-life threatening situations, we will probably direct you to foster care, please help us first with checking symptoms over 111 online.

“We know that there are patients currently waiting for us and are very sorry that we could not respond as quickly as we would like.

“Please continue to help us by not calling us to check the location of the ambulance because we need these lines to be free for those in a life threatening situation.

However, if you feel that you no longer need an ambulance, please let us know.

“We are now starting to see a drop in calls and would like to thank the public for their support.”

See also  Mateusz Morawiecki is promoting the Polish deal. "This is a ticket to living in the West"