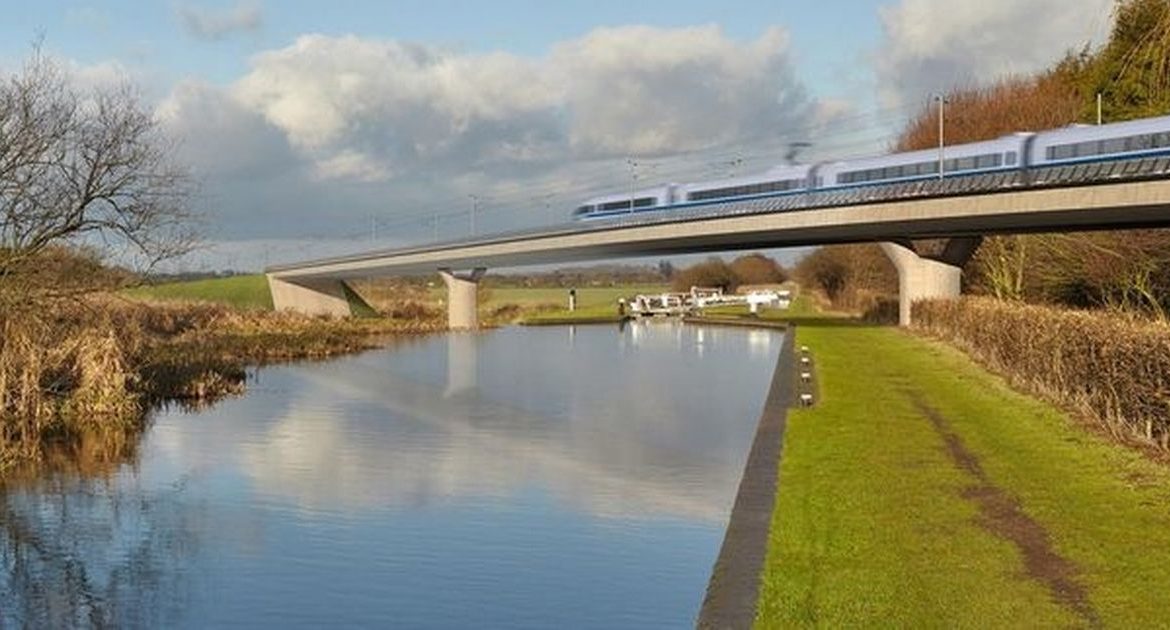 A series of Suggested Design Improvements for the high speed rail HS2 Project In Manchester it was announced earlier today.

They include the West Station route from Crewe to Manchester – known as Phase 2B – with proposed changes relating to the HS2 stations planned at Manchester Airport and Manchester Piccadilly Railway Station.

Transport chiefs said the announcement marked a long-awaited progress after initial concerns about the stage’s future.

The proposals mean that the western portion of HS2 will be connected to the planned Northern Railroad (NPR) network.

Announced changes include an increase in the number of HS2 platforms at Piccadilly and the airport, and enhanced plans for the Crewe station that could enable service of up to seven HS2 trains per hour.

The public is now invited to provide their opinions when the consultation process begins.

HS2 said the consultancy focused on four proposed modifications to the current design of Phase 2b West, with “technical changes and expansion plans” for HS2 terminals at Manchester Airport and Manchester Piccadilly.

The number of platforms at Manchester Airport HS2 will increase from two to four, and HS2 said a “modernization” of the terminal design has been included to accommodate the Metrolink station in the future.

The added platforms will facilitate more high-speed services per hour for communication at Manchester Airport.

What do you think about the advertisement? Let us know in our comments below

There will also be changes to the surrounding road network to provide a second access to the station.

See also  Plant tenant fined £ 220,000 after the crane collided with the employer

The documents show that Hale Road and Hasty Lane will be “reorganized”, with improvements being made at the sixth junction of the M56 motorway.

Thorley Lane will also be aligned via HS2 via a new flyover to provide access to the terminal for public transport.

The documents say, “Finding the right solutions for Manchester Piccadilly was an evolving challenge”.

HS2 said the consultations would advance on the basis of an above-ground surface station, although that could change at the end of the year when the integrated railway plan is expected to be reported to the government.

At Manchester Piccadilly, two additional platforms – from four to six – will be provided to “allow future use of HS2 infrastructure as part of the Northern Powerhouse Rail”.

The plans also include:

Relocation of Piccadilly Metrolink Station under HS2 / NPR and providing a second Metrolink station in the event of Metrolink’s future expansion to Greater Manchester East.

– Improving the road network around the station to avoid disrupting road users and re-providing highways around HS2 business.

Transport Authority of the North (TfN) welcomed the news.

Under current TfN plans, HS2 and NPR will share 80 km of rail infrastructure.

TfN said the proposals unveiled today are subject to the results of the government’s integrated railway plan.

This plan is expected to provide further recommendations for HS2 routes through the East Midlands and Yorkshire – and crucially after much controversy, for the HS2 railway station in Manchester Piccadilly.

Tim Wood, Director of Northern Railways at Transport for the North, said: “It is good to see proposals for HS2 moving forward, as the North has waited so long for the new investment it needs in high-speed rail lines found elsewhere in Europe. .

Together, the two projects will form the backbone of our region’s future rail network.

“But we must ensure that this investment allows benefits to be shared equally across the North.

Northern Powerhouse Rail is relying on portions of the HS2 infrastructure being built to power its trains as well.

“ Therefore, it is imperative that the government’s integrated rail plan be committed to presenting plans for the HS2 eastern route connecting the Midlands with Yorkshire, including Sheffield and Leeds, and to have the spades in the ground in the north as soon as possible.

“HS2 and Northern Powerhouse Rail, delivered together in full, will address the productivity gap between North and South, and provide the modern, fit-for-purpose rail that the North so badly needs.”

Today’s announcement comes just weeks after construction began on the first phase of HS2, from London to the Midlands.

Mr. Wood said the government’s rail plan should give “serious consideration” to planned projects such as those in Manchester Piccadilly.

He added, “Today’s consultations indicate strong progress and additional evidence that these projects have become a reality in the north.”

“It should also give meaningful consideration to transformational project proposals at major junctions, such as those on the Manchester Piccadilly table.”

HS2 Minister Andrew Stephenson MP said: “Engaging with communities is at the core of our plans for HS2 and Northern Powerhouse Rail, and we are keen to hear the opinions of residents and companies across Greater Manchester on the proposed design changes for the two local stations.

Not only will these responses inform the highly integrated railway plan as it assesses transportation needs across the North, but will also provide vital feedback on design changes in HS2’s western phase, Phase 2B.

“Our ambition is to deliver permanent railway improvements across the North and Midlands as quickly as possible – meaning that even those who do not travel on these lines are still beneficiaries for future generations.”

A series of live webinar events will be supported, allowing communities to learn more about proposals and ask questions, through the free HS2 Helpdesk.

Public events are not held due to Covid-19.