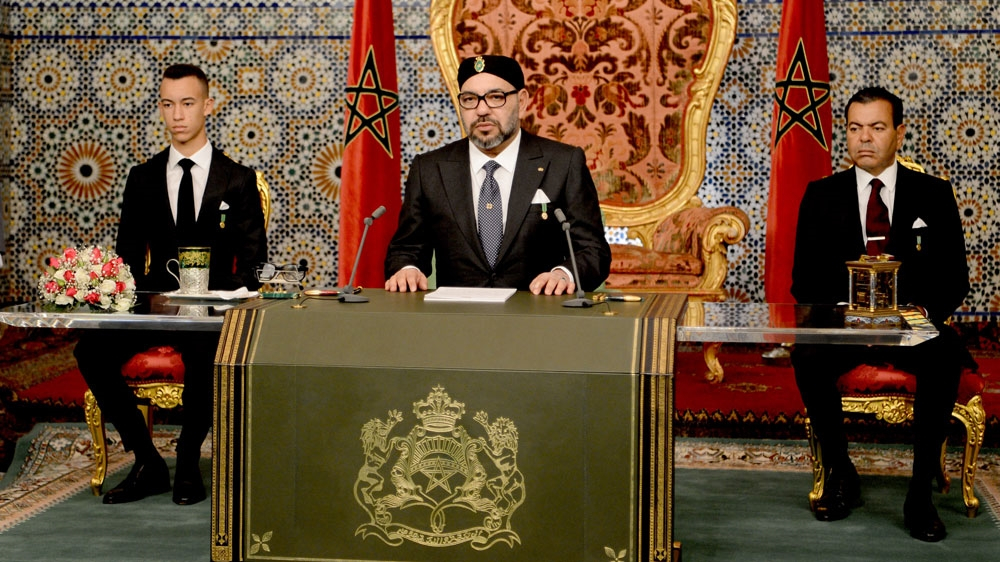 Israel and Morocco agreed on Thursday to normalize ties in an agreement reached with US mediation, making Morocco the fourth Arab country to set aside hostilities with Israel in the past four months.

As part of the agreement, US President Donald Trump agreed to recognize Morocco’s sovereignty over Western Sahara, where there has been a decades-old territorial dispute with Morocco against the Algerian-backed Polisario Front, a separatist movement seeking to establish an independent state. Country in the region.

Another historic breakthrough today! Our two great friends Israel and the Kingdom of Morocco have agreed to establish full diplomatic relations – a colossal breakthrough for peace in the Middle East!

Morocco is the fourth country since August to strike a deal aimed at normalizing relations with Israel. The other countries were the Emirates, Bahrain and Sudan.

The Palestinians criticized the normalization agreements, saying that the Arab countries relapsed into the cause of peace by abandoning a long-standing demand to give up the land to a Palestinian state before it could obtain recognition.

Under the agreement, Morocco will establish full diplomatic relations and resume official contacts with Israel, granting flights, as well as direct flights to and from Israel for all Israelis.

They will immediately reopen their liaison offices in Rabat and Tel Aviv with the intention of opening embassies. “They will strengthen economic cooperation between Israeli and Moroccan companies,” Jared Kushner, a senior White House adviser, told reporters.

The White House tried to persuade Saudi Arabia to sign a normalization agreement with Israel, believing that if they agreed, other Arab states would follow suit. But Saudi Arabia indicated that it is not ready.

Saudi Foreign Minister Prince Faisal bin Farhan Al Saud said last week that Riyadh would not consider such a step unless a peace agreement “provides a decent Palestinian state with viable sovereignty that the Palestinians can accept.”

“Not a realistic option”

A White House statement said the United States would also recognize Morocco’s claim to Western Sahara, the former Spanish region of North Africa that has been a long-running conflict that has baffled international negotiators for decades.

She added, “The United States believes that the establishment of an independent Saharan state is not a realistic option to resolve the conflict and that true autonomy under Moroccan sovereignty is the only possible solution.”

“We urge the two parties to engage in discussions without delay, using the Moroccan autonomy plan as the only framework for negotiating a mutually acceptable solution.”

Recognizing Moroccan sovereignty over Western Sahara, Kouchner added, “something that has been talked about for a long time but this is something that seems inevitable at some point.”

He said, “It is something we believe is pushing the region forward and helping to achieve more clarity as to where things are headed.”

Morocco, a country that spans centuries of Jewish history, has long been rumored to be ready for ties with Israel.

Before the establishment of the State of Israel in 1948, Morocco was home to a large Jewish population, as many of their ancestors immigrated to North Africa from Spain and Portugal during the Spanish Inquisition.

See also  Saakashvili was sent to the intensive care unit. The former president of Georgia lost consciousness in a prison hospital | world News

Today, hundreds of thousands of Israeli Jews trace their lineage back to Morocco, making it one of the country’s largest sectors of Israeli society, and a small community of Jews, estimated at several thousand people, still lives in Morocco.

The North African country has for years established informal relations with Israel.

Israel and Morocco established low-level diplomatic relations during the 1990s following interim peace agreements between Israel and the Palestinians, but these relations were suspended after the outbreak of the Second Palestinian Intifada in 2000.

Since then, however, informal relationships have continued, and an estimated 50,000 Israelis travel to Morocco each year on trips to learn about the Jewish community and restore their family history.

The next Gulf crisis?

With Trump leaving office on January 20, the Morocco deal among the last team, led by Kushner and US envoy Avi Berkowitz, could be able to negotiate before they make way for the upcoming administration of President-elect Joe Biden.

Much of the momentum behind the dealmaking has been to form a united front against Iran and roll back its regional influence.

Another breakthrough is possible in the Middle East. Kushner and his team traveled last week to Saudi Arabia and Qatar to seek to end the three-year-old rift between Doha and the Gulf Cooperation Council countries.

A preliminary agreement has been reached on this front, but it is not clear whether a final agreement will be reached to end the blockade imposed on Qatar. The Kingdom of Saudi Arabia, the United Arab Emirates, Bahrain, and Egypt have imposed diplomatic, trade and travel embargoes on Qatar since mid-2017.

While Biden is expected to deviate from US foreign policy from Trump’s “America first” stance, he has indicated that he will continue to pursue what Trump calls “the Abraham Accords” between Israel and Arab and Islamic countries.

Don't Miss it Coronavirus in the United Kingdom live: Mass tests begin for high schools in London, Kent and Essex amid rising cases | Policy
Up Next Alberto Moreno offers the perfect Liverpool lesson to Costas Tsimikas