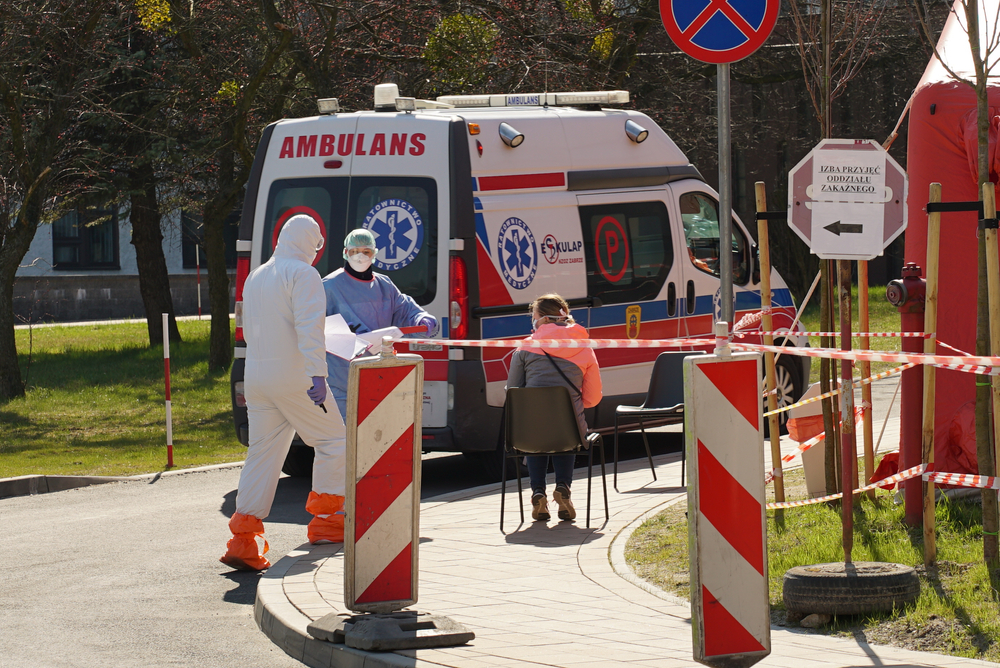 Poland ranks last in the ranking prepared by the Bertelsmann Foundation to deal with the epidemic. The index, along with Poland, is closed by Hungary and Turkey.

The index authors from the Bertelsmann Foundation, a German organization that monitors social change, argue that well-organized democracies have dealt with the coronavirus crisis better than those that are deficits in this area.

„We note disturbing developments in countries where democratic values ​​such as freedom of the media, civil liberties and independence of the judiciary were already at risk before the crisis.“- We read on the institution’s website.

These countries have also performed the worst in responding to the coronavirus crisis.

at the forefront of the indicator democracy flexibility, That measure the functioning of core democratic institutions, there are New Zealand, Sweden and Switzerland, while Poland, Hungary and Turkey are at the bottom.

As the authors of the analysis write:Governments of recent countries have exploited the spread of the pandemic to impose restrictions on civil rights. These rights have also been temporarily restricted in other countries“. 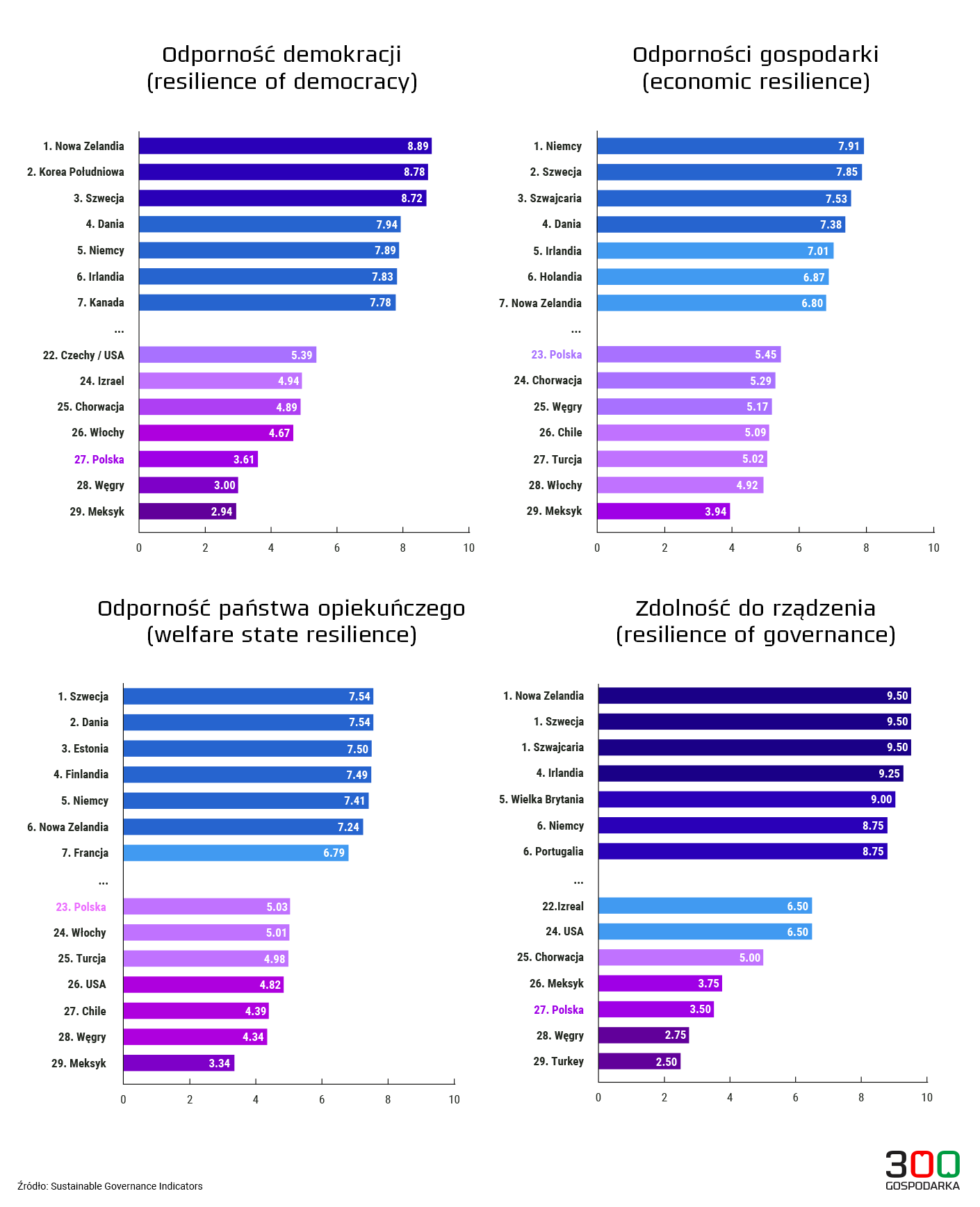 The Foundation notes that it is worth noting how quickly individual country governments are committed to making up for the losses incurred. The Action Plans of Ireland, New Zealand, Sweden, Switzerland, Estonia, Greece, Portugal and the United Kingdom have proven to be the most convincing in this respect.

It is also important ability to judge This factor assesses the extent to which the executive authority is prepared for the crisis. South Korea was the only country surveyed to use the epidemic crisis management model. The country has benefited from the lessons of the Middle East Respiratory Syndrome pandemic.

New Zealand quickly grabbed the number one administrative capacity rankings as a result of its four-tier COVID-19 alert system.

According to the authors of the arrangement, “Assignment of competencies has caused problems for many countries – not only the federally organized countries such as Germany and Austria, which still rank relatively well, in fifth and eleventh places respectively.“.

The solutions received particularly low scores In the field of crisis management in Mexico, Hungary and PolandWith Israel and the United States a little better. Poland ranked 27th again.

„Countries that have the institutional capacity to prepare for and respond effectively to a crisis, while taking responsibility, are better able to recover from the epidemic– Napisano.

In the vast majority of countries, the legislation was poorly integrated with crisis management systems, which, however, were negatively affected by the factor of time and the need for immediate decisions.

Communication during the crisis proved effective in New Zealand and Denmark – Hungary, the United States, Poland and Mexico received the worst marks in this regard.

On the one hand At the level of economies and welfare states Sweden, Germany and Denmark were better prepared in the first year of the pandemic. In both indicators, Poland ranked 23rd.

See also  Grodzky: It would be better to come up with a three-pronged plan to open up the economy

The authors of the rating argue that all countries took on a huge amount of debt during the crisis.

„In some cases, loan-financed support helped mitigate the short-term economic and social effects of the crisis. However, this support has not yet made a significant contribution to long-term challenges such as the sustainable transformation of the economy– Informs the Bertelsmann Foundation.

The survey evaluated and compared 29 OECD and European Union countries based on 94 indicators. More than 70 international experts from the academic community participated in the assessment process.

Don't Miss it UK All 11 countries will be removed from the red zone…
Up Next United States of America. Congress has made text messages sent to Trump public. It’s about an attack on the Capitol