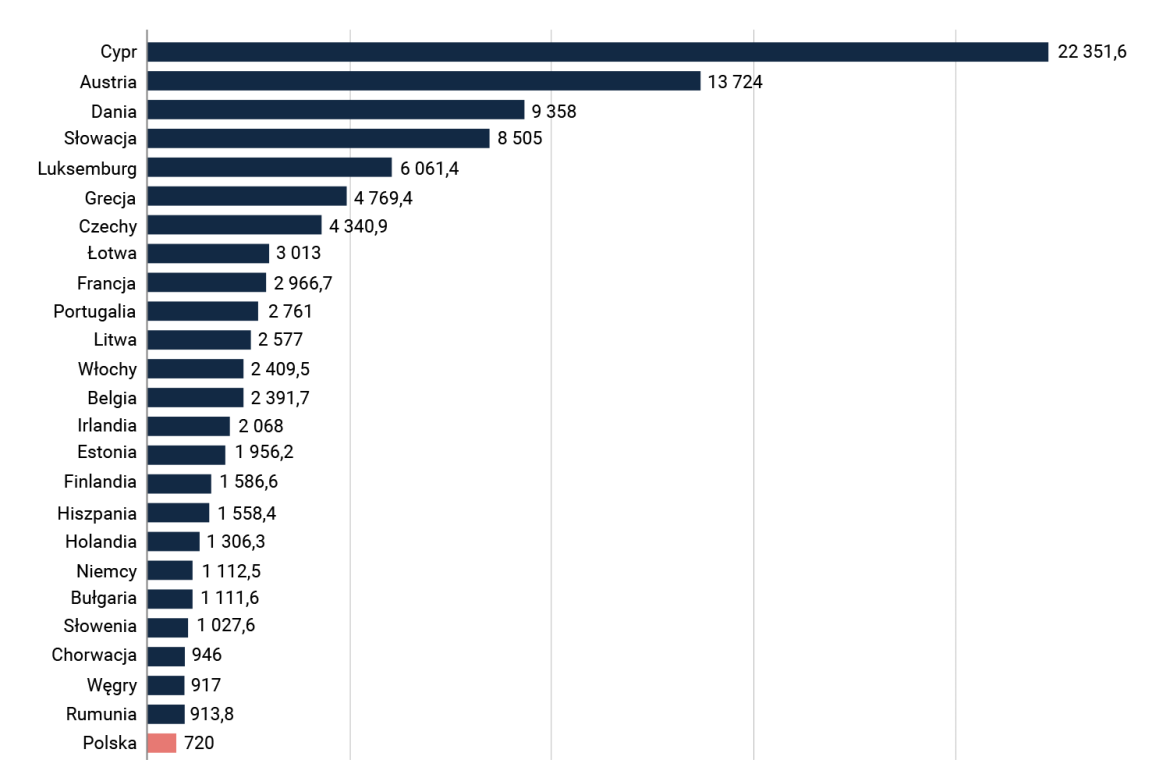 The largest number of Covid-19 tests in Europe have been by the United Kingdom, and per capita by Cyprus. Poland is at the bottom of Covid diagnoses.

In order to correctly assess the epidemiological situation of a particular country at the time of a pandemic, it is necessary to correctly analyze the phenomenon. This is one of the reasons for collecting data on Covid-19 infections in the population. However, the official numbers of coronavirus infections detected are based on the number of coronavirus tests that are performed in a particular country.

So we examined how today – almost two years after the start of the epidemic – the amount of testing in Poland looks like compared to Europe.

The last one in the EU per capita

In the list that takes into account the performance of Covid-19 tests for the entire population, Poland ranks last among all EU countries. 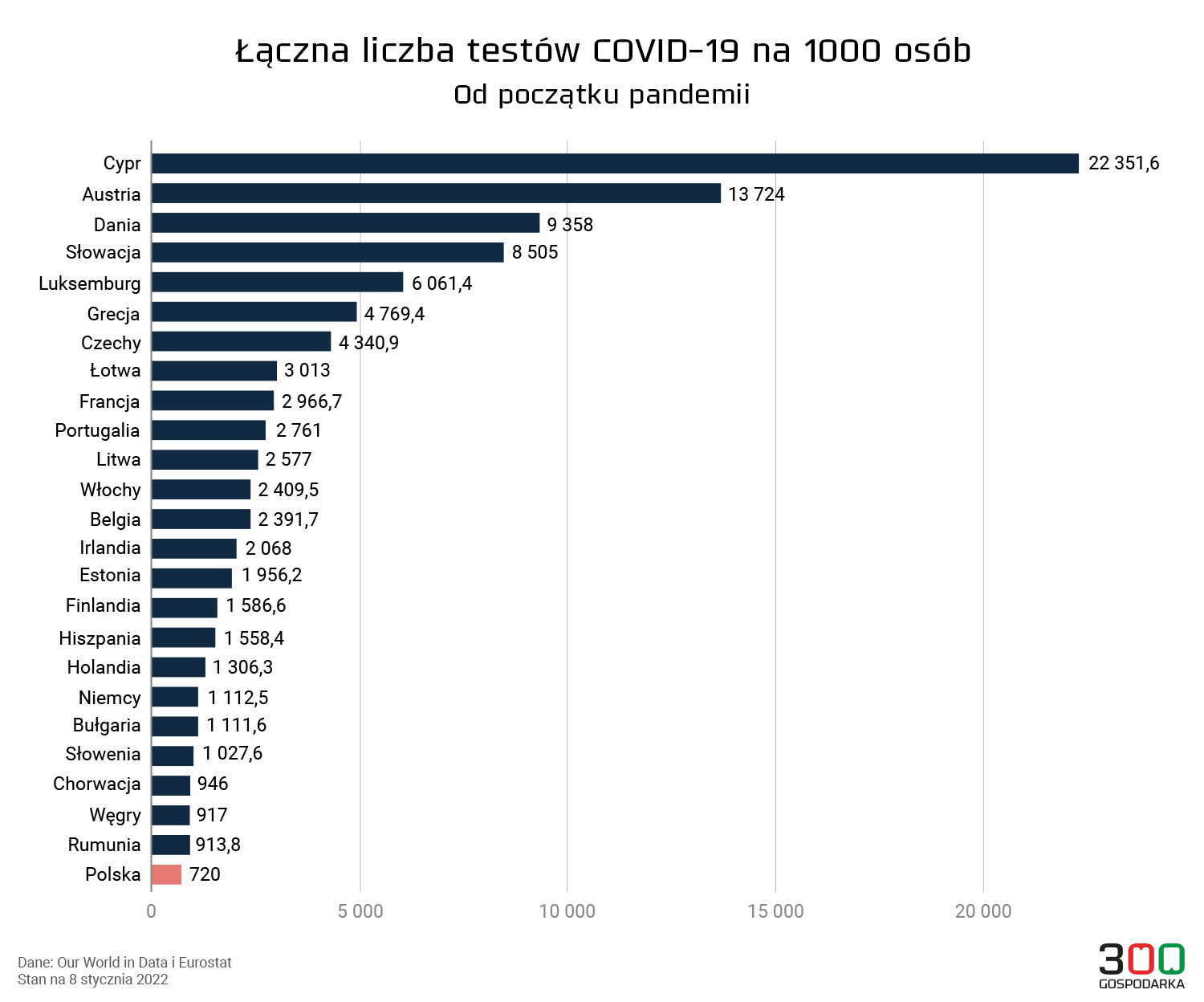 If we look at the number of tests without taking into account the population, Poland’s situation is improving, but still bad. Since the beginning of the epidemic, we have conducted a total of about 27 million tests in Poland.

This means that we are on a level similar to 10 million (and very popular with tourists) Portugal. It also means we did just over half of the tests compared to the Czech Republic, which has just under 11 million people.

See also  Useful for Poland to enter the eurozone? 'Opinions are divided'

What is the situation in the big countries? In France, more than 200 million tests have been carried out since the beginning of the epidemic, in Italy nearly 145.5 million, in Germany 93.34 million, and in Spain nearly 73 million tests. 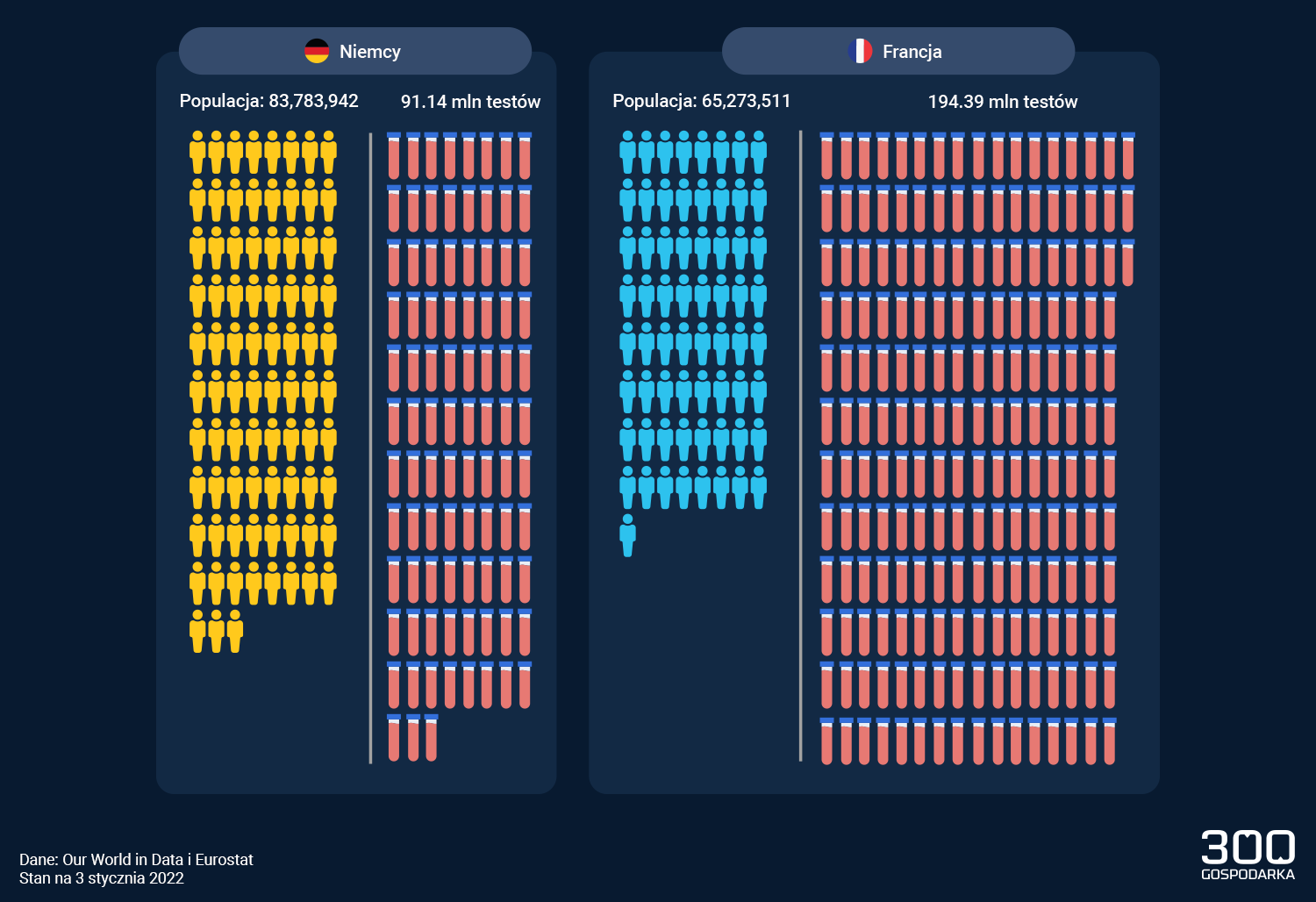 Below we present a list of all EU countries in terms of the total number of tests. In addition to the much smaller Czech Republic and Portugal, we are also way ahead of other small countries, such as Slovakia, Belgium and Denmark. 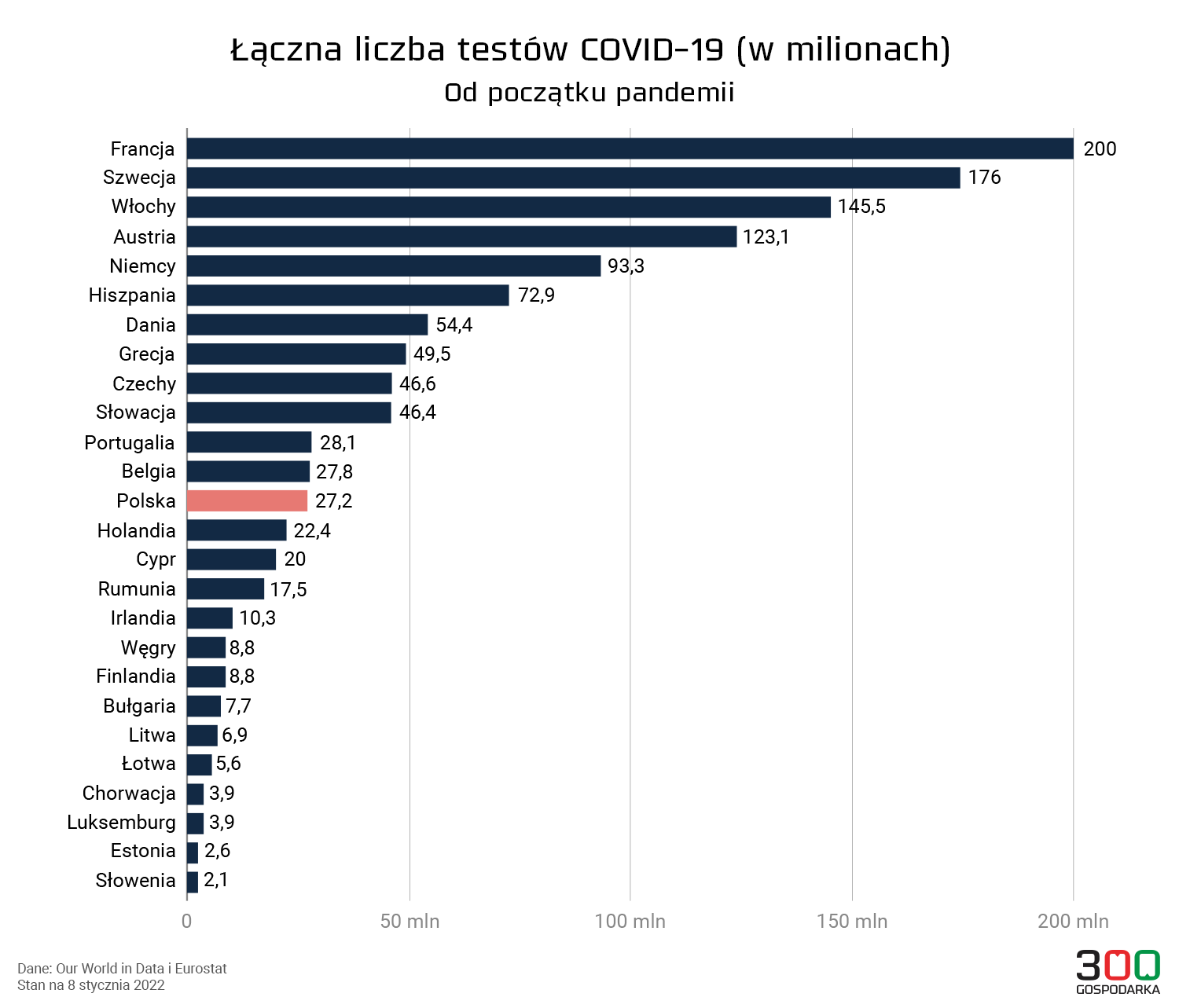 The leader of a continent outside the European Union

So far, most of the Covid-19 tests in Europe have been done in a country outside the European Union, i.e. Great Britain Nearly 369 million.

Poland, with a population of 27 million, looks very pale. This means that with a larger population of 76 percent. Great Britain conducted 12 times more tests than Poland. 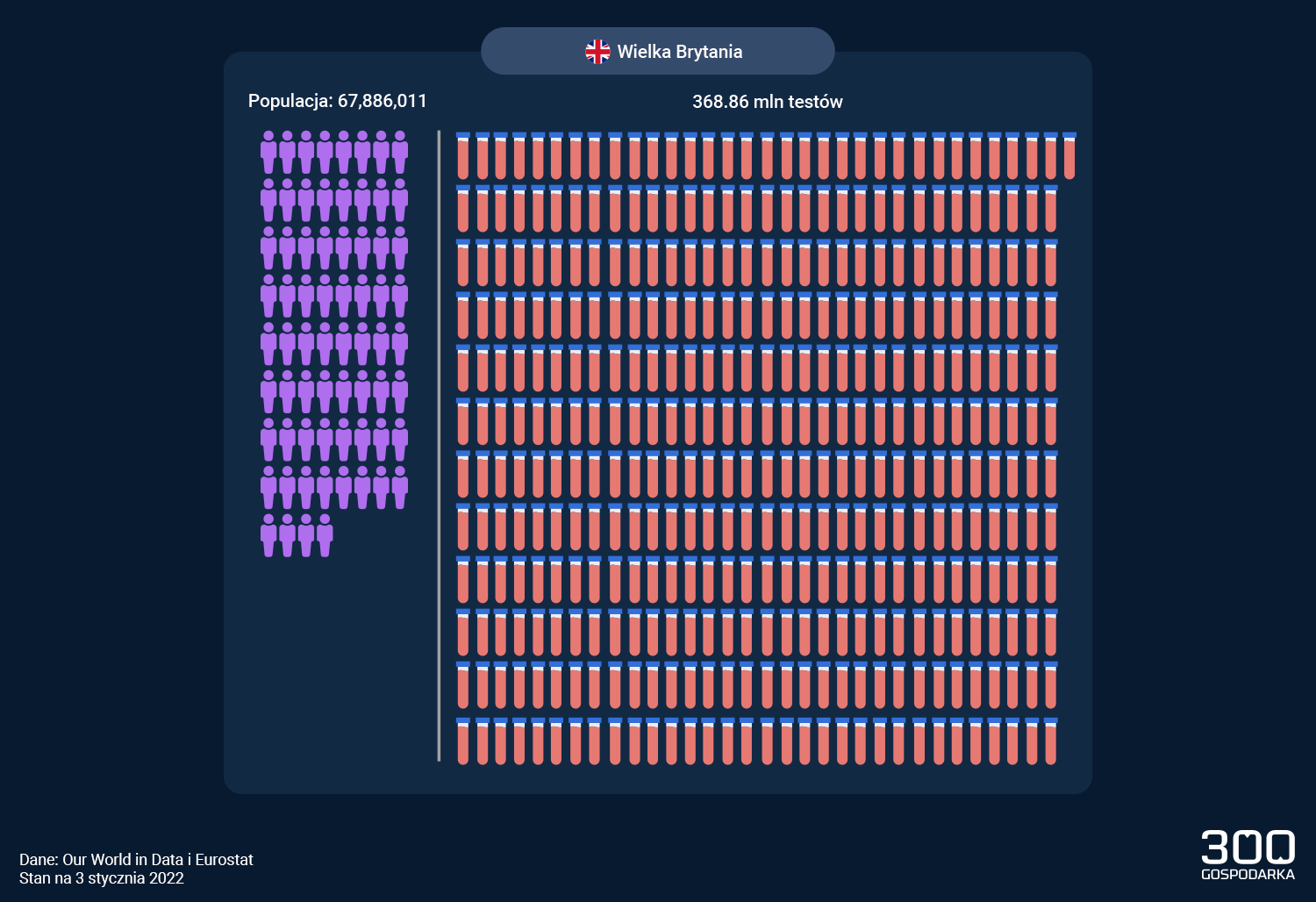 Fewer tests were carried out than in Poland, in, among other countries, Ukraine – less than 17 million, and in Belarus, where just over 11 million tests were performed.

Here we present an animation showing the total number of Covid-19 tests in selected countries compared to the population:

How do I get a referral for a free Covid-19 test?

To receive a referral for a free Covid-19 test, you must complete an online patient account appearance.

Then you will receive an SMS with information about the next available date at the selected point. You can change the place or date of the test on the website.

See also  The end of the reduced tariff for the wealthy? The European Union has a plan to tax private jet fuel
Don't Miss it Nazwali drzewo na cześć Leonardo DiCaprio! Ale zaszczyt!
Up Next Record the number of injuries in the world. 1.13 million new infections in the United States