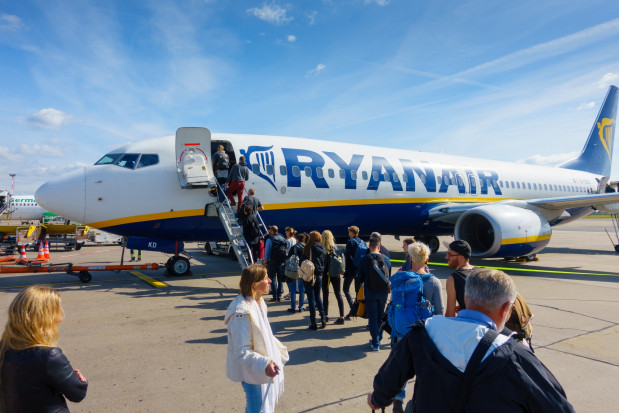 Ryanair will operate 17 routes on the summer schedule for Katowice Airport this year. In total, the carrier announced 55 flights a week from this airport.

Ryanair’s information was provided on Monday that day by Piotr Adamczyk from the press office of Katowice Airport. Earlier, at the end of March, as the summer tour schedule went into effect, Ryanair announced a total of 17 routes from Katowice.

This includes five scheduled flights to Italy: Catania (from 1 May), Milan-Bergamo (1 May), Bologna (3 May), Alghero (2 June) and Trapani (3 July) and four to Great Britain London Stansted (from 29 March) ), Birmingham (from May 1), Edinburgh (from May 1) and Manchester (from May 2).

In addition, at the start of the summer flight schedule, Ryanair announced two routes to Ukraine (Kiev – Boryspil from April 2 and Odessa from May 1), two to Germany (Dortmund from March 28 and Cologne Bonn from May 1) and one to Ireland (Dublin from 1 May), Norway (Oslo – Gardermoen from July 2), Cyprus (Paphos from May 2), Greece (Athens from May 2).

On Monday, Ryanair, among other things, repeated information about two trends launched from July: Oslo (four times a week) and Trapani (twice a week) and confirmed that in the summer of 2021 it would maintain a base for its six machines in Berzowice.

“We hope that with each passing week, the epidemiological situation in Europe will begin to improve, thanks to which it will be possible to return to flying on a much larger scale than in previous months” – emphasized Tomasek.

Due to restrictions, the regular Katowice Airport network is currently limited to eight routes. There are flights from Wizz Air: to Stockholm – Skavsta, Eindhoven, London – Luton, Tenerife and Zaporizhia; Ryanair: to Dortmund and London Stansted; The LOT to Warsaw.

In addition, communications are made from Pyrzowice on the orders of travel agencies: to Madeira, to Antalya, Bodrum, Hurghada, Sharm El Sheikh, Marsa Alam, Amilcar Cabral, Cancun, Puerto Plati, Punta Cana, Palma to Mallorca and to Fuerteventura and Tenerife.

In total, air carriers and travel agencies have announced more than 130 regular and charter routes to more than 100 airports located in 32 countries on four continents in the summer flight schedule for Katowice Airport.

Katowice Airport is one of the largest regional airports in Poland. In 2019, 4.84 million passengers used its communications network, including more than 2 million in chartered traffic. The forecast for 2020 assumed 5.5 million passengers, but due to the pandemic, it was 1.44 million. The airport is the national leader in the charter and regional freight transport sector.

Don't Miss it European Championships in Gymnastics – 2nd Gold Award
Up Next Joe Biden is making his first overseas visit. President of the United States in Europe