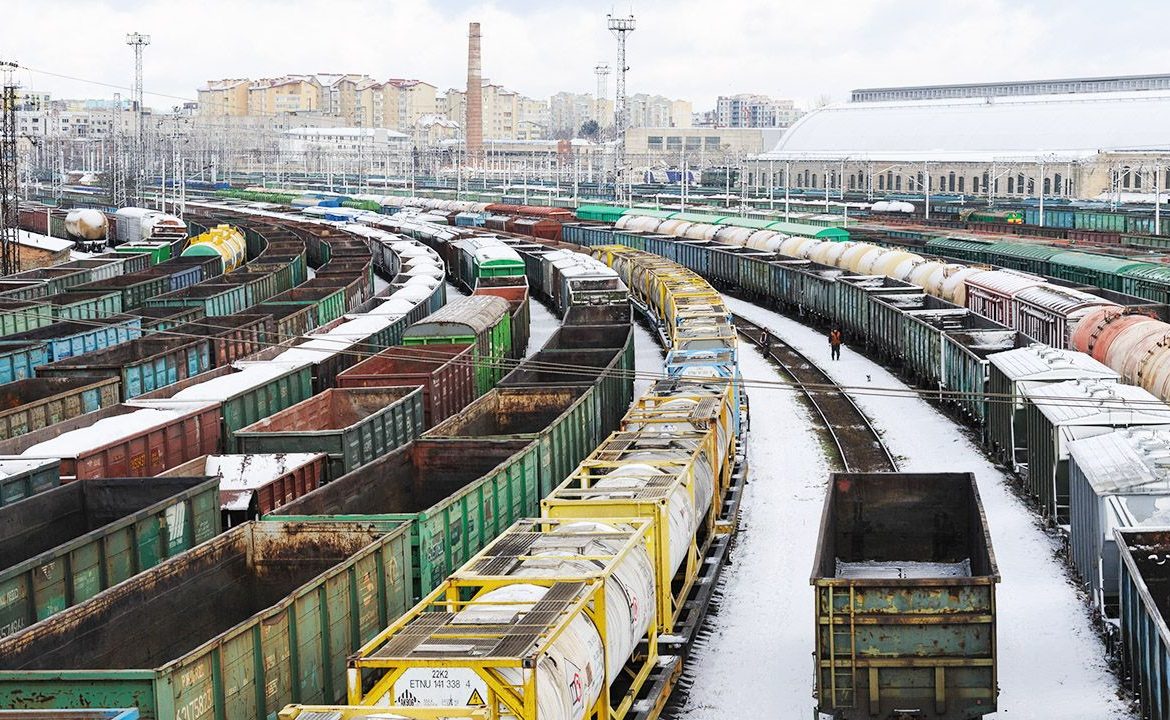 Authorities in Kiev explain the blockade of rail transit through Ukraine to Poland through renovation work. Sources, cited by the Dzerkało Tyżnia portal on Wednesday, indicate that the tracks do indeed require renovation, but they also do not negate the view that the works have become a kind of lobbying tool for Warsaw.

The author of the publication, Volodymyr Kravchenko, wrote, “Every six months, there is severe tension in Ukrainian-Polish relations due to the quotas imposed on car carriers, which both countries agree on on the basis of parity.”

He adds that this amount remained over several years 160,000. Permits for each party, but this figure is not enough for Kiev. Ukraine would like to increase it to at least 200,000. Poland is “Ukraine’s main window to Europe: this country accounts for about 40 percent. All transfers of Ukrainian goods to the countries of the European Union “,” the permit deficit limits Ukraine’s trade with EU countries “- emphasizes the author.

Kravchenko notes that Poland does not agree to an increase in the quota and “does not plan to do so in the near future.” He estimates that “Warsaw’s hard-line stance provoked a sharp reaction from Kiev.”

As it went on, the subsequent state-owned Ukrzaliznytsya of Ukraine imposed restrictions on the transportation of goods passing through the territory of Ukraine to Poland and vice versa from November 30.

Restrictions apply to goods from several countries, incl. From Kazakhstan, China and Russia. Kiev explains the decision by the railways that renovation work should be carried out in the Znamianka-Zdołbunów section and electricity in the Kowel-Izów section and the fact that the Polish side “did not fully collect its daily standards of empty wagons, which led to their accumulation on the Ukrainian side” – he added.

Lukashenko: A big solution to the situation with Ukraine is coming [WIDEO]

Russia does not plan to attack Ukraine, but what NATO and the Americans are planning to do there is unacceptable not only to Russia but also to us …

“But in Warsaw, the decision to suspend transit to Poland was immediately connected with the problem of increasing permits for Ukrainian carriers, because our country did not suspend transit to Slovakia and Hungary,” the author writes.

As we read in the announcement of Ukrainian Railways on December 1, Ukrzaliznycia imposed temporary restrictions on the transit of goods through Ukraine “in connection with the implementation of active works to modernize infrastructure”. She added that because of the works, the capacity to get to Poland has been reduced to 350 vehicles per day.

“The indicated number is not enough to guarantee the transfer on time. So it was taken Decision to temporarily ban transit railway services through the territory of Ukraine“- It was written. It was also noted that after the completion of the works, the transfer will be resumed and customers will be informed of this.

Ukrainian officials, with whom Dzirkow Tianya spoke on an anonymous basis, “without denying the words of the Poles that renovation work has become a certain tool for putting pressure on Warsaw, assert:” It is also true that the tracks need to be renewed. ”

Ukrainians are being evacuated to the country. Ukrzaliznytsia will provide additional trains to Przemyśl

In order to evacuate Ukrainians from Poland, due to the coronavirus epidemic, two more trains of Ukrainian Railways will depart from Przymol …

“It is time to renew it. And Ukrzaliznytsia made a decision. Is it okay to do it when the quota question has become more acute? “I don’t know,” one source said.

– The activities of the Ukrainian Railways practically mean a reduction in the transit of goods in transit through the territory of Ukraine in the East-West relationship destined for Poland and lead to the complete elimination of transit. We are the only European country affected by such a ban indefinitely – explained Olszewski.

He admitted that the immediate reasons for introducing the ban were unknown.

We express our concern and dissatisfaction with the situation that Polish railways are currently experiencing at the Polish-Ukrainian border,” Olszewski said.

– This is the second month that the international supply chains passing through Ukraine to Poland are interrupted and we do not know how long this situation will last – he added.

Ukraine: Russia wants to prevent the Pope from visiting

The newly appointed Ukrainian ambassador to the Holy See, Andrey, said that Russia is trying hard to prevent the Pope from visiting Ukraine.

– We were surprised by the imposition of unilateral restrictions on transport by the Ukrainian side. The moratorium on transit, including transportation on the New Silk Road, Olszewski said, is an unprecedented decision.

As Kravchenko wrote, Kiev wants to transfer the issue of transport permits to the EU level. Ukraine has submitted a request to the European Commission for consultations under Article. 136 of the Partnership Agreement. According to the portal, the order will be delivered to Brussels “in the near future”.

The writer wonders how Ukraine’s decision to move closer to the European Union will affect relations between the two countries. “Given the risk of Russian incursion and the fact that Poland is one of Ukraine’s most steadfast allies, the deterioration of Ukrainian-Polish relations could have serious consequences for our country,” Kravchenko asserts.

However, the portal’s interlocutors believe that neither the consultations nor the possible arbitration will affect the political relations between the two countries.

Don't Miss it Won’t Sim agree to fertilizer subsidies and compensation for bankrupt purchasing firms?
Up Next Battlefield 2042 – Patch 3.2 coming soon, more on the way