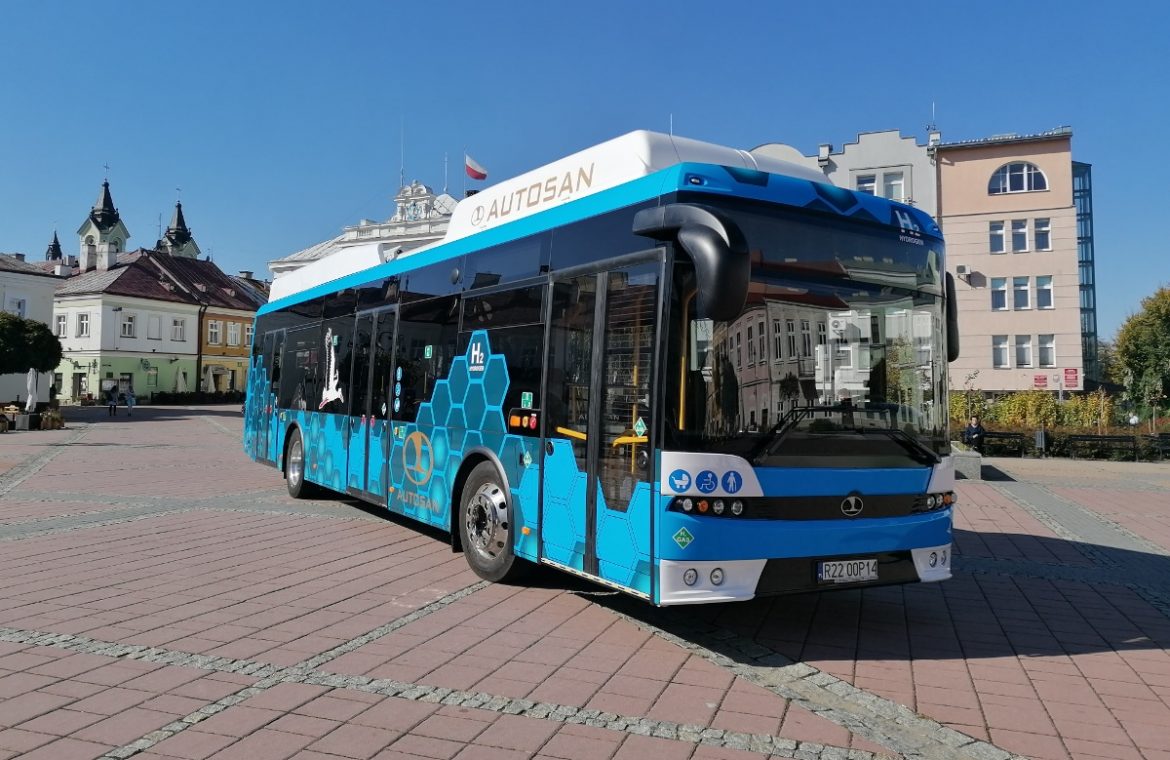 The premiere of the 10-meter Pilea ARP e-Vehicles was at the Kielce Exhibition Centre. Mariusz Wdowczyk of ARP e-Vehicles confirmed that the Pilea was designed as an electric bus from the start. – It is a vehicle designed from the start by Polish engineers and contractors. More than 60 percent of the components are manufactured in Poland – Wdowczyk said.

The battery installation in the chassis is an innovation, modeled after Tesla cars. Thanks to this, the Pilea bus loads well. This solution improves traction characteristics, he said, and there is no tendency to heel. In his opinion, the entire structure is much lighter, which increases the range of the car on a single charge.

He noted that Pilea can travel a maximum of about 400 kilometers on a single charge.

On Wednesday in Kelsey, it was the premiere of the Autosan SANCITY 12LFH Hydrogen. It’s a 12 meter long bus. It is designed on the basis of the electric bus. The car is equipped with an electric motor with a fuel cell power unit. Energy storage is lithium titanium batteries and hydrogen tanks.

We show that hydrogen buses are no longer the future, they are happening now. Given the money being transferred, for example by the National Environmental Funds, to co-financing zero-emission cars, we decided that having such a vehicle in our offering was a must – said Adam Smallo, Acting President of Autosan SA .

Three preliminary shows were presented to the trade fair by Solaris, including a new product from 2021 – the Urbino 9 LE electric bus. During the conference – Javier Calleja, Chairman of the Board of Directors of Solaris – said that the pandemic has not slowed the growth of sales of Solaris buses in Europe, and even more so in Poland.

The 15th Jubilee of the Transexpo International Public Transport Fair runs through Friday. 112 companies participate in the event, incl. From Poland, Germany, Sweden and Great Britain.

Don't Miss it Netflix tampered with its search algorithm to hide the movie G…
Up Next What do you want to know about the UN Climate Summit? – EURACTIV.pl