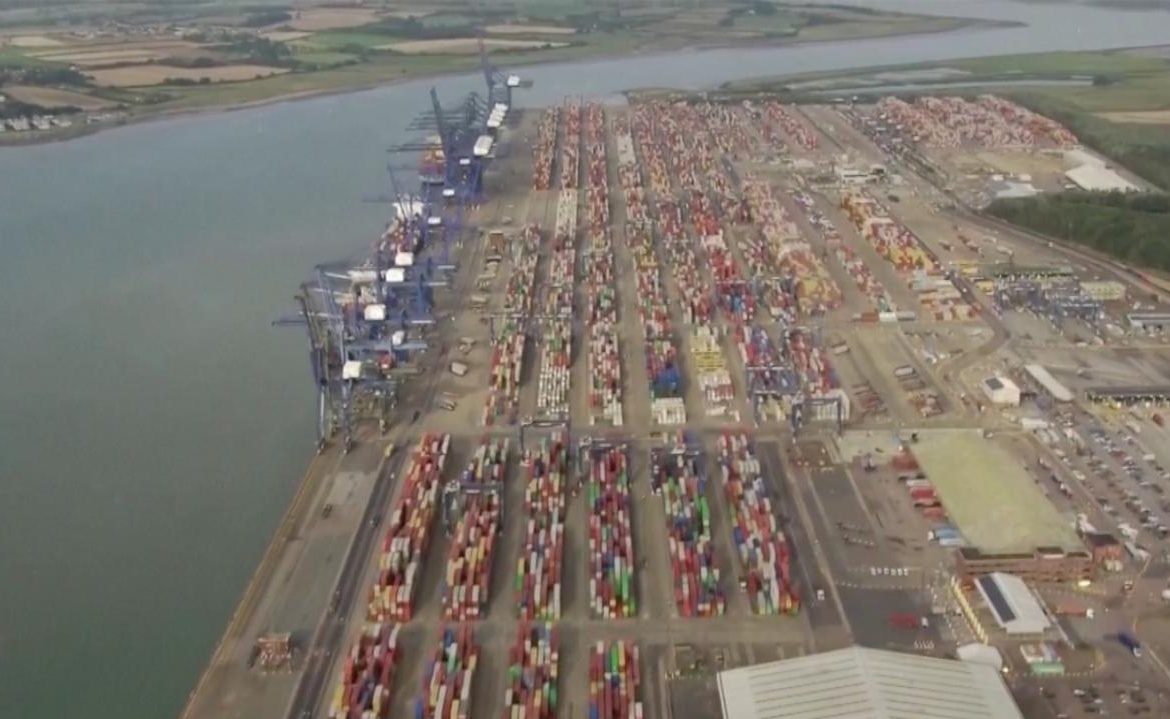 The UK’s largest cargo port in Felixstowe has been jammed due to the increasing global demand for merchandise and a shortage of UK truck drivers. For this reason, the Danish company Maersk, the world’s largest container shipping operator, announced that it is converting one vessel with a capacity of 80 thousand tons. tons per week to other ports in Europe, mainly to Rotterdam in the Netherlands.

The lack of truck drivers, combined with the increasing demand for goods everywhere in the world, has disrupted the UK’s largest shipping port, Felixstowe.

Container queues at a British port

At Felixstowe, the average time between container unloading from a ship and picking up by truck has increased to 10 days, although it is usually 3 to 5 days, and larger ships have to wait up to seven days to enter port and unload the cargo. containers.

Maersk reroutes ships to other ports

For this reason, the Danish company Maersk, the world’s largest container shipping operator, announced that it is converting one vessel with a capacity of 80 thousand tons. tons per week from Felixstow to other ports in Europe, mainly to Rotterdam in the Netherlands, where they are unloaded, then smaller ships transfer the containers to other, smaller British ports.

Admittedly, Maersk noted that the problem was not just about Great Britain, but indicated that Felixstowe was one of the three ports or ports where it is currently considered the most dangerous. In Great Britain, geography is an additional factor that makes the situation more difficult, at over 90 percent. All imported goods go to it by sea.

There is a shortage of truck drivers in Great Britain

However, rerouting ships to other ports is a temporary solution. Estimated In Great Britain there is a shortage of about 100 thousand. truck drivers. There were several reasons for this, most notably the pandemic and Britain’s exit from the European Union. In an effort to contain the crisis, the British government announced less than two weeks ago that it would issue visas for a period of several months to 5,000 foreign truck drivers. But for now, the plan to deal with the crisis is not quite that way.

Conservative Party chief Oliver Dowden admitted on Wednesday in Sky News that foreign drivers have so far submitted 300 visa applications, of which only 20 have been successful so far, but stressed that the situation at the ports is improving and that the British will be able to buy. Christmas gifts as usual. However, representatives of the transport and freight sector advise you to plan in advance for your Christmas shopping.

See also  The fraudster contacted the British ministers. He claimed to be the Prime Minister of Ukraine
Don't Miss it Poland fell in the ranking of world economies. In the event of an epidemic, a country beat us with US sanctions
Up Next What is Android better than iOS? 5 Biggest Differences