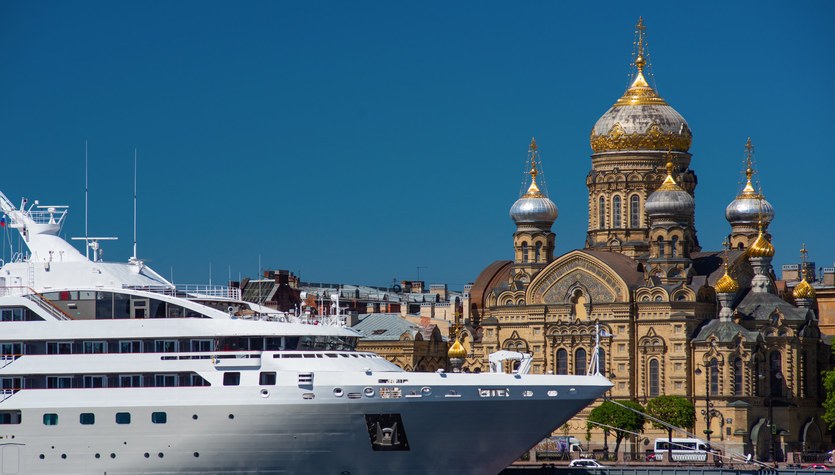 Before being blacklisted by Brussels, Alisher Usmanov was one of three oligarchs punished with sanctions by Prime Minister Boris Johnson. According to the Bloomberg Wealth Index, he is the sixth richest Russian with a net worth of $19.5 billion. The European Union has described the Uzbek billionaire as “President Putin’s front man who solves his trade problems”. It is alleged that the leading figures of the Kremlin used the luxurious mansions controlled by Usmanov, and the oligarchs themselves had to pay for many of them, including Valentin Yumashev, adviser to the President of Russia.

In the British Isles, the oligarch first invested in football club Arsenal and then linked up with Everton. Club players wear the USM Holdings – Usmanowa logo on their training uniform. It controls Russia’s second largest telephone network, MegaFon, the steel-producing company Metalloinvest, and has an indirect stake in Mail.ru, the country’s largest Internet company. Most likely, Usmanov’s cooperation with Everton is coming to an end, because the club is encouraged by club deputies from the British Labor Party. Usmanov himself found false and defamatory grounds for the slander for which Brussels imposed sanctions on him. He stated that they had damaged his honor and business reputation.

The assertions of the oligarch did not convince the Hamburg authorities, who confiscated Dilbar’s yacht moored in the local port during the night. Usmanov ordered it six years ago from the German shipyard Lürssen, and it has been renovated since October. The luxury unit has the largest swimming pool ever installed on a yacht, two helipads, sauna, beauty salon and gym. The Germans also froze the billionaire’s other assets. Known as the owner of a villa in Munich. According to Forbes, he also owns homes in Switzerland, Great Britain, Monaco and Sardinia.

The list of oligarchs subject to Brussels sanctions also includes Mikhail Friedman, who was described by the European Union as someone with strong ties to the Russian president’s administration and a prominent Russian financier, and a collaborator with Putin’s inner circle. According to the Sunday Times ranking, Friedman is the 11th richest person in the UK. His fortune is estimated at 10.9 billion pounds sterling. Friedman manages Alfa Bank and leads the Letter One investment group, which includes the UK health food chain Holland & Barrett.

The future of Friedman Athlone House, a Victorian mansion in Hampstead Heath, is in question. The oligarch bought it six years ago for £65m and now spends his time restoring it. In Great Britain, Russians must own 100,000 properties. Michael Gove, Minister of Community and Local Government in Boris Johnson’s government, is laying out a plan for how to seize the assets of those linked to Putin. Those who, since the beginning of Russia’s attack on Ukraine, have been referred to by London and Brussels as Putin’s partners, among them are central London residences, for example. Osmanoa beech wood house. Hundreds of millions of pounds of apartments and properties.

Goff wants the new law to allow merchandise to be confiscated without having to pay compensation to owners. He suggests that Ukrainian refugees live in luxurious interiors. Apparently, the minister’s plans are backed by Prime Minister Boris Johnson. However, its implementation will not be easy. This was publicly acknowledged by Liz Truss, the head of British diplomacy. Punishing the oligarchy is very difficult, she said, because “the government is twisting its hands by the big law firms that represent them that restrict the ability of government officials to act.”