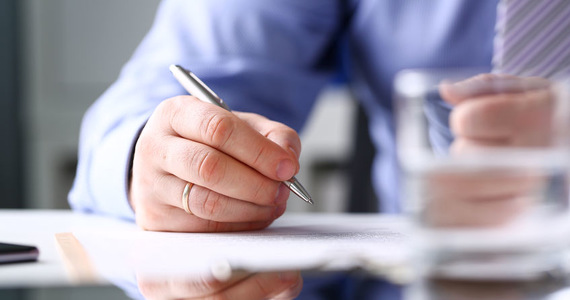 In the National Debt Registry, Bureau of Economic Information, there are 714 foreign companies in arrears with Polish entrepreneurs worth 26.7 million PLN. Almost half of these arrears are borne by companies from Lithuania, Germany and Italy (13 million PLN), but the list also includes external debtors, for example from Ecuador, Kyrgyzstan or New Zealand.

Polish companies are awaiting payment of overdue obligations, for example from the Democratic Republic of the Congo, Ecuador, Kyrgyzstan, Colombia, Peru or New Zealand

As emphasized by KRD experts, the reported amount of debt does not reflect the actual scale of the phenomenon, because many companies still do not know that a dishonest foreign contractor can be entered into the national debt registry.

Among debtors from other countries, companies from Lithuania (5.4 million PLN), Germany (4.3 million PLN) and Italy (3.9 million PLN) have the largest amounts to be returned. Polish entrepreneurs want to recover large sums of more than one million zlotys from contractors in Belgium, the Netherlands, Slovakia and Great Britain. Germany represents the most numerous group of debtors. Almost every third company that has arrears with the Poles depends on Oder. In total, foreign contractors owe Polish companies 26.7 million PLN.

– The National Debt Registry receives, stores and presents data mainly on Polish debtors, both companies and consumers. Few entrepreneurs know that you can also report to us about a foreign debtor. Meanwhile, this is an urgent problem, because more than 120,000 Polish companies export their goods and services. And just as in the country, they are prone to being deceived by contractors. It is in the interest of all exporters to share knowledge about these unreliable importers. In many countries, the problem of payment bottlenecks is increasing due to the crisis caused by the pandemic, so it can be expected that some foreign companies will not pay Polish entrepreneurs – says Adam Oke, chairman of the board of directors of the National Debt Registry at the Office of Economic Information.

Companies from European countries are often entered into the KRD, but you can also find some very exotic debtors from almost every continent. Polish companies are awaiting payment of overdue obligations, for example from the Democratic Republic of the Congo, Ecuador, Kyrgyzstan, Colombia, Peru or New Zealand. Usually these are unsuccessful individual contracts, which for the Polish side resulted in a financial loss of several tens to tens of thousands of zlotys. Among these countries, the most unpleasant partner of the local company turned out to be a contractor from Ecuador, which was overdue in payment of more than 85,000 PLN.

– In our track record, we can see that the SME sector often has trouble recovering funds, including even the smallest entities trying to do business with overseas markets. The average amount that a Polish company has to recover from a foreign debtor is 37,000 PLN. At the level of a single small organization, it’s an amount that can upset a company’s cash flow and seriously shake its business – Adam Aoki explains.

Last year, the first epidemic debtors also appeared on the record, such as a company from China that owed a Polish company in the amount of half a million zlotys. The risk of payment bottlenecks and contractor bankruptcy also increases as the pandemic spreads. In many countries, the business support programs that saved companies from bankruptcy are already ending.

Particularly alarming signals come from Germany. In the spring of our largest trading partner, the number of bankruptcy petitions increased dramatically. According to Coface, government aid programs have helped save more than 4,000 people from that fate. German companies, which were, in many cases, just a postponement of bankruptcy. This means that a wave of German corporate bankruptcies is coming and will also affect Polish business, which is closely linked to the economy of its western neighbor.

Bankruptcies across the Oder mean that many Polish companies won’t get paid for their goods and services. The economies of Poland and Germany are closely linked, which generates additional risks in bad times. Unsuccessful German contractors could “pinch” Polish companies and cause a wave of bankruptcies and payment bottlenecks on the Vistula River. A third of entrepreneurs in Poland already admit that they do not pay their contractors because they themselves are waiting for payments from clients. So the problem may worsen in the near future, and it is more desirable that Polish companies warn each other and report problems with payments, both from Germany and from other countries where the epidemic also affects business – warns Andrei Kollek, an expert from Rzetelna Firma.

Kościński in “Graffiti”: It is not easy to create a socially just algorithm
polsat news

See also  General Electric: An industrial giant to stop building coal-fired power plants
Don't Miss it Politicians from the Liberal Socialist Party and the left question Donald Tusk’s return to domestic politics
Up Next United States of America. Government report on unidentified flying objects. “There is no evidence that they are extraterrestrial, but that cannot be ruled out.”