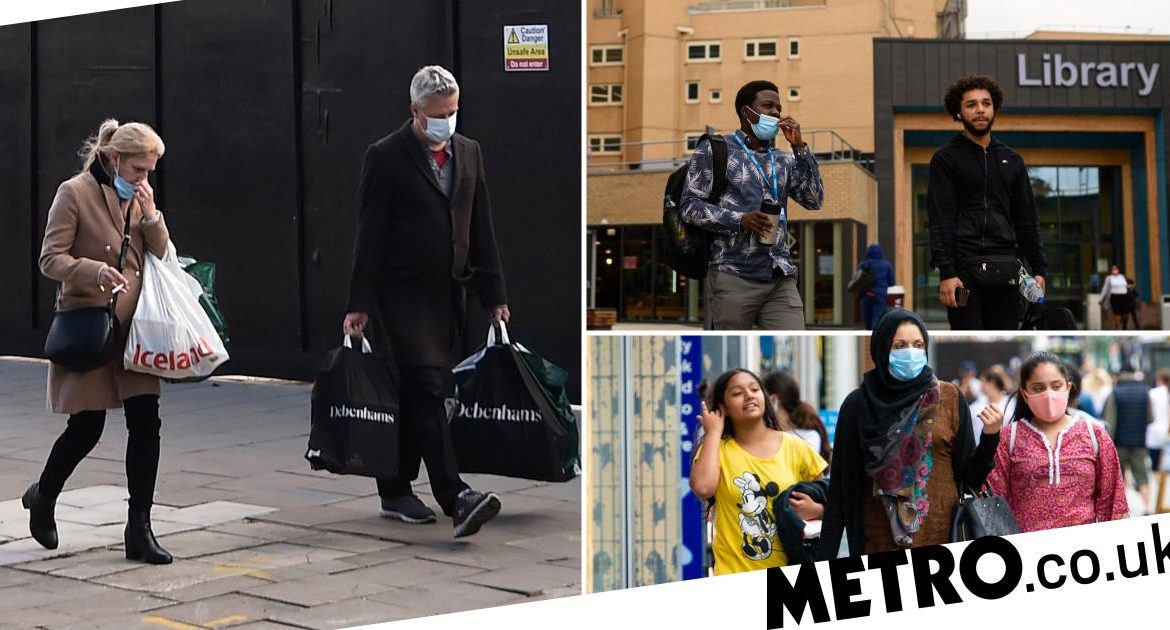 The Health Minister confirmed that Stoke on Trent, Coventry and Slough will be moved to the second level of restrictions starting this weekend.

Shortly after midnight on Saturday, the cases in the three regions will change to “high”, with cases continuing to double every two weeks.

This means that families will be prevented from mixing in any indoor setting, including bars, restaurants or private homes. Residents can meet friends from other families abroad, as long as they adhere to the rule of six.

Matt Hancock told the House of Commons that Warrington may also have to move to Tier III – the stricter measures – amid increasing infection rates in the region. He said formal talks had started with local leaders.

The Minister of Health said it would be “catastrophic” to allow the Coronavirus to “unleash its full force,” as he outlined new measures that will affect thousands of other Britons.

“Unfortunately, we are seeing high infection rates in Stoke on Trent, in Coventry and in Slough,” he told lawmakers on Thursday.

In all of these regions, there are more than 100 positive cases per 100,000 people. Cases are doubling every two weeks and we’re seeing an alarming increase in cases among people over the age of 60.

So we agreed, in partnership with local leaders, to move these areas to a high level of local alert, so that it comes into effect in one minute after midnight on Saturday.

The announcement comes after Chancellor Rishi Sunak has unveiled a new package of support for hard-hit businesses in Tier II regions.

Grants of £ 2,100 will soon be awarded to companies in “high risk” regions, in a move the chancellor had hoped to save hospitality and entertainment venues that have seen a sharp decline in acquisitions due to the ban on mixing families.

Slough MP Tan Dhesi told Metro.co.uk: “ Faced with the alarming increase in the number of coronavirus cases, we had no choice but to collectively defend Level 2.

Slough has already suffered greatly from a large number of deaths of our loved ones, so I urge everyone to follow government guidelines to help reduce contagion in the community and protect lives and livelihoods.

“Due to the additional restrictions, I have also asked the government minister to provide more support to our local authority, individuals and companies.”

The health minister also told MPs that lateral flow tests were sent to schools and universities yesterday, and local councils will start receiving them from Thursday – starting with Stoke on Trent.

Lateral flow tests don’t need to be handled by a lab or machine, and Hancock said the combination can give the user results in just a few minutes.

However, Shadow Health Secretary Jonathan Ashworth said he was concerned that the government was not taking strong enough measures and that tougher measures would be needed in the coming weeks.

He agreed that it was too late to impose a half-term closure of the circuit breaker in October, but said, “At some point they will have to take more measures.”

Ashworth added: “Saving lives and protecting livelihoods go hand in hand, and what worries me is that the approach (Matt Hancock) is embracing, although it is understandable because no one wants to be in lockdown. None of these decisions are easy decisions, there are no decisions. Negative in any of these decisions.

I think we’re all mature enough around the house to appreciate that and understand that. But what worries me is that the approach the government is currently taking means that tougher and deeper measures will necessarily be required in the coming weeks.

“We are only in the fall and winter have not yet arrived.”

Contact our news team by emailing us at [email protected].

See also  In addition to the telecom towers acquired by Cellnex, the deal has been completed
Don't Miss it Coronavirus live news: Partial closure of three regions in northern Portugal; ‘Dangerous’ rise in German cases | world News
Up Next This morning viewers are distracted by Judy Finnegan’s “new voice” upon her return with Richard