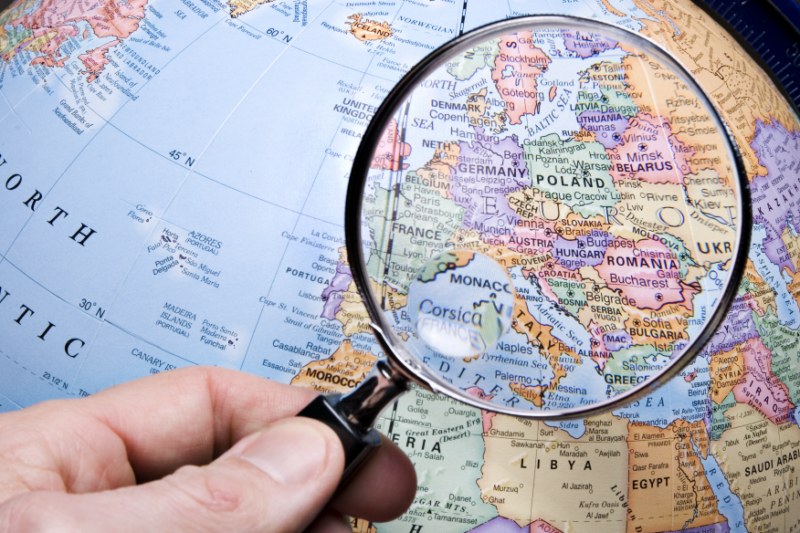 Over the years, extensive research has been conducted on the relationship between wealth and IQ, which has largely confirmed the thesis that personal intelligence influences financial status. However, the data collected does not necessarily give the full picture of the situation.

American businessman Robert T. Kiyosaki once said, “Intelligence solves problems and produces money.” But how strong is the correlation between strength of mind and bank account size? Moneytransfers.com analysts compared the average IQ of various European countries with the average wealth of their citizens and analyzed the results.

The average IQ score in Poland is three points higher than that of France, but Poland’s GDP per capita is $24,802 lower.

Many countries have shown a strong correlation between average IQ and GDP per capita, but as we explain below, external factors seem to be more important here. The analysis shows that a higher IQ does not necessarily mean that you will earn more money. Previous research has shown that the country you were born in can have a greater influence on this.

However, this was not always the case. Countries with some of the highest per capita GDPs, such as Ireland, Switzerland, and Norway, had average IQ scores. All of these countries have relatively small populations and the main factors affecting GDP are Norway’s vast natural resources and Ireland’s low corporate tax rates.

When analyzing the other parts of the graph, it was discovered that the IQ score is not the best indicator of GDP. France, for example, has a slightly below average IQ, with a score of 99, while Poland has an above average IQ score of 102. However, the French GDP is the seventh largest in the world at $2.6 trillion, with a GDP per capita of $496.40. Poland’s GDP is $595.9 billion, and its per capita GDP is $15,694.70.

The UK has an average IQ of 102, making it one of the top ten countries we looked at. The UK also has the sixth largest economy in the world, with a GDP of $2.6 trillion. However, the GDP per capita is not particularly high, at 42,328.90 USD, making it only 16th in our ranking.

According to the data, Spaniards are just as proficient as the British, with an average IQ of 102. Spanish Economie It remains the 14th largest in the world, with a GDP of $1.3 trillion. However, the constant rise The unemployment Structural problems make the GDP per capita only $29,564.70.

Over the years, extensive research has been conducted on the relationship between wealth and IQ, which has largely confirmed the hypothesis that personal intelligence influences financial status. However, the data collected does not necessarily give the full picture of the situation.

For example, a 2015 study conducted at George Mason University found that the relationship between a person’s IQ and income is relatively small, regardless of the country studied. An IQ point of 1% predicted an increase in income per capita.

As it turned out, the average intelligence of the country in which a person lived was more important. Across all countries, one additional quotient point predicted a 6% increase in per capita income. Economist Garrett Jones explored this relationship in his book Hive Mind: How Your Nation’s IQ Is More Important Than Your IQ. “If something appears to matter more to the nation than the individual, it could have positive side effects,” Jones said.

Jones identified four “positive side effects” of living in a “smart” country. This is – the relationship between IQ, patience, collaboration, team performance, and the productivity of those around you. According to him, all of them can increase the average income.

In 2007, Ohio State University conducted a study of 7,500 US citizens that first showed that good IQ test scores at a young age are associated with higher incomes later in life. The person with the top 2 percent earned about $12,000 more annually than the average person الشخص Revenues It was nearly $128,000 compared to $58,000 for the average scorer.

However, when the researchers took into account factors such as genetics, lifestyle choices, and marital status, the relationship vanished. Divorce and smoking had a greater impact on final income than IQ when I was young. In fact, after adjusting for additional factors, those with slightly above average IQs tend to have higher incomes than those with higher IQs.

So, will a big mind give you a high bank balance? I can help. But the country and socio-economic situation in which you were born is likely to help you a lot.

More information can be found on my company’s website

Country IQ scores were collected from arealme.com and compared to the latest GDP per capita figures from the World Bank.

As mentioned above, keep in mind that the per capita GDP and Gross Domestic Product of a country can be influenced by many historical, social, political and geographical factors that can affect the economy of a country, regardless of the intelligence of its citizens.

The IQ score is generated from a series of standardized tests that assess cognitive abilities in various areas such as abstract problem solving, numerical and verbal reasoning. It should also be noted that, according to some scholars, such tests are culturally biased and do not take into account other forms of intelligence such as social intelligence, creativity, and memory.

Don't Miss it The show will be created Ciche Miejsce – Radio Opole
Up Next Iraqi Army: Attack on a base with US forces. Two drones were intercepted