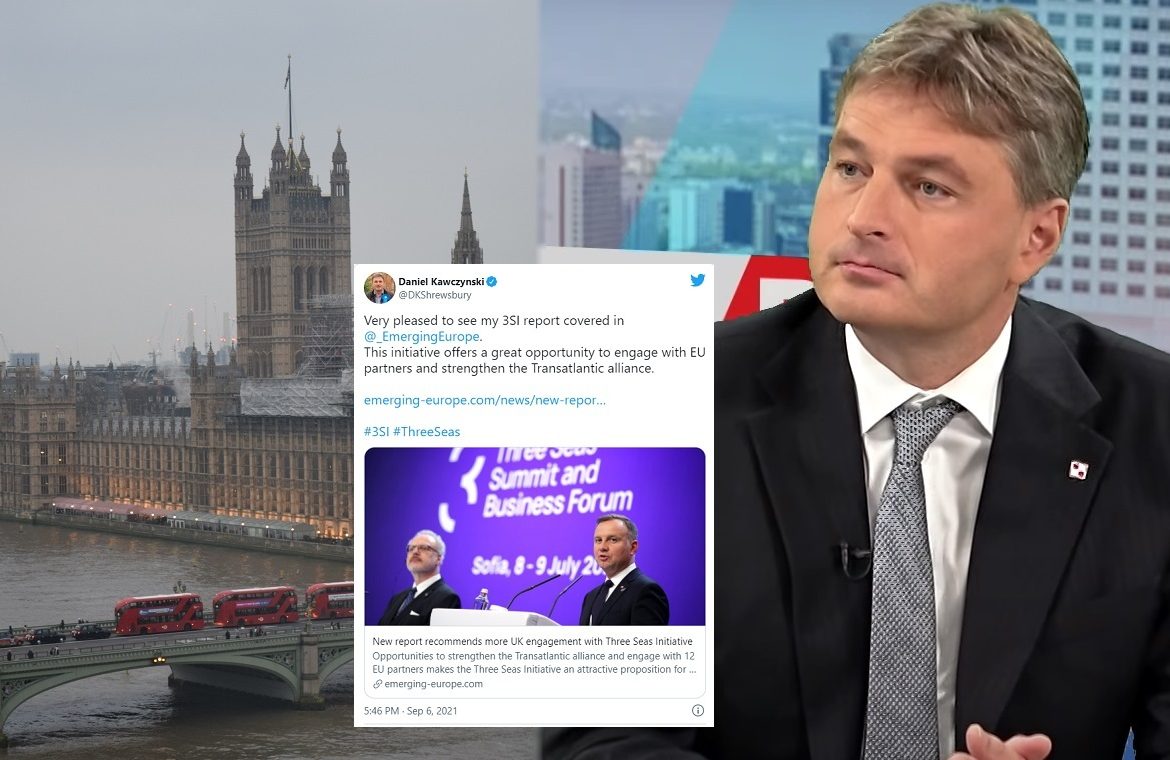 Great Britain can and should take part in the Three Seas Initiative, as it would be mutually beneficial, says Daniel Kawczynski, Member of Parliament for the House of Commons. He announced that he would strive for the United Kingdom to obtain special observer status there.

Read also: British MP criticizes Germany: Nord Stream 2 is crazy. The country participating in this project should be subject to sanctions

Read also: President Duda: I strongly believe that the Three Seas will bring good fruits to our societies, countries and the entire European Union

Three Seas and Great Britain. The deputy report has been drawn up

Kawczynski, the only British MP of Polish origin, published the report “The Three Seas Initiative and Opportunities for a Global Britain”, in which he noted the benefits of engaging in this cooperation program with 12 countries in Central and Eastern Europe. The report was prepared, among other things, based on his conversations with ambassadors from all 12 of these countries.

He noted that the United States is already participating in cooperation with the Three Seas Initiative, which has observer status, and is an official partner with Germany and the European Commission. He also stressed that political and economic support from Western countries is a way to stop Chinese and Russian influence in the region. He believes that Great Britain should also actively participate, especially since after leaving the European Union it is actively looking for new platforms for international cooperation.

The Three Seas Initiative promotes and highlights the region’s successes over the past 30 years, and most importantly, it shows opportunities for further development and commitment. It is in the UK’s strategic interest to intensify its relationship with the Three Seas Initiative and to consider investing in projects under this platform that contribute to the geopolitical and economic stability of the Western Alliance.

„As the only MEP of Polish origin, I want to do everything possible…”

This report is the start of an intense campaign to inform MEPs about the Three Seas Initiative and to lobby for UK participation in the platform. After leaving the European Union, we are excited to join the CPTPP (Comprehensive and Advanced Agreement for Trans-Pacific Partnership – PAP), we will be more involved in the Commonwealth, in relations with the United States, but this part of Europe is certainly crucial for us. As the only MP of Polish origin, I want to do everything possible to ensure that the Prime Minister and other members of Parliament will pay the same attention to the Three Seas Initiative,” Kawczynski said in an interview with PAP.

He admits he admires the degree of American commitment and believes the UK should follow suit.

I am pleased that Foreign Secretary Dominic Raab recently participated in the Three Seas Initiative summit in Sofia, but I want to extend this until the UK has special observer status

He asserts that cooperation with the Three Seas Powers is also in Britain’s vital interest, because, as history shows, there will be no peace and security in Great Britain if there is no peace and security in Poland and the other countries of Central and Eastern Europe. Countries. So London wants this region to be economically strong – and independent of Russia. He points out that the projects implemented by the Three Seas Initiative countries are aimed at energy independence – and as a consequence politically – from Russia, that is, they do the opposite of Germany, giving it an additional leverage through Nord Stream 2 .

How can Britain intervene in the three seas?

As for potential ways for British participation in projects implemented under the Three Seas Initiative, Kawczynski primarily mentions energy issues, noting that the UK has a well-developed oil and gas sector and can help develop infrastructure, but is also one of the world’s leaders in green technologies, And this is where Poland needs to help with its energy transition, because it is under increasing pressure from coal. Adds digital infrastructure and financial services.

Asked if he was concerned that Britain’s participation in the Three Seas Initiative would not create an additional area of ​​conflict in relations with China and Russia, Kawczyński said Western countries should react more decisively to destabilizing behavior.

It was the assertive approach of Margaret Thatcher and Ronald Reagan that contributed to the downfall of communism, not the relaxation that Jimmy Carter or Gerald Ford were pushing for. I am afraid we will face similar choices for China. Democracies must work together to try to prevent the rapid increase of Chinese influence in the world. We want to cooperate with Central and Eastern European countries so that they see us as strategic partners to a greater extent, because China will be an alternative.