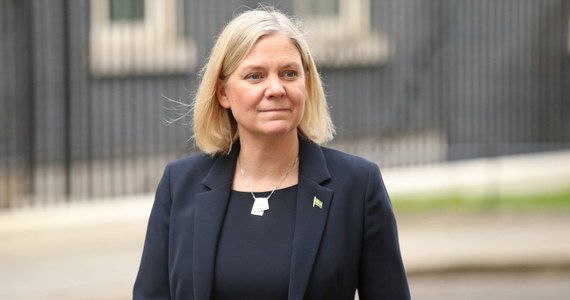 Sweden’s Prime Minister, Magdalena Andersson, has said she “does not rule out” her country’s entry into NATO. According to commentators, the head of the government’s statement may indicate a change in the position of the authorities in Stockholm.

Freedom from military alliances served Sweden well, keeping us out of conflicts, but when security policy changes, We need to make a new assessment of the situation and make a decision based on it – Anderson confirmed to SVT.

To this end, the government has created a working group on security policy, headed by the head of the Ministry of Foreign Affairs, Anne Lind, and the opposition is also involved in its work. The results of this analysis will be presented by May 30.

Until now, Swedish authorities have opposed NATO membership. In 2020, opposition groups override the so-called NATO option, that is, to allow such a possibility, but the government did not implement this decision.

In the fall of 2021, at her conference, the Labor Social Democrats, led by Anderson, spoke out against joining NATO. The controversy over NATO erupted again after Russia’s attack on Ukraine.

In the opinion of political commentator SVT Mats Knutson The Swedish Prime Minister’s rhetoric on NATO membership has changed “drastically”. Aftonbladet columnist Lena Malin believes that Sweden may apply to join the alliance at the NATO summit in Madrid scheduled for June 30.

According to opinion polls, the number of Swedes who support joining NATO is increasing. A clear majority of respondents support membership in the alliance, if at the same time Finland decides to take a similar course.

Don't Miss it The United States will impose sanctions on 120 other companies from the arms sector as well as the aviation and maritime industries from Russia and Belarus
Up Next Capcom will pay people more, and this is not an April Fools joke