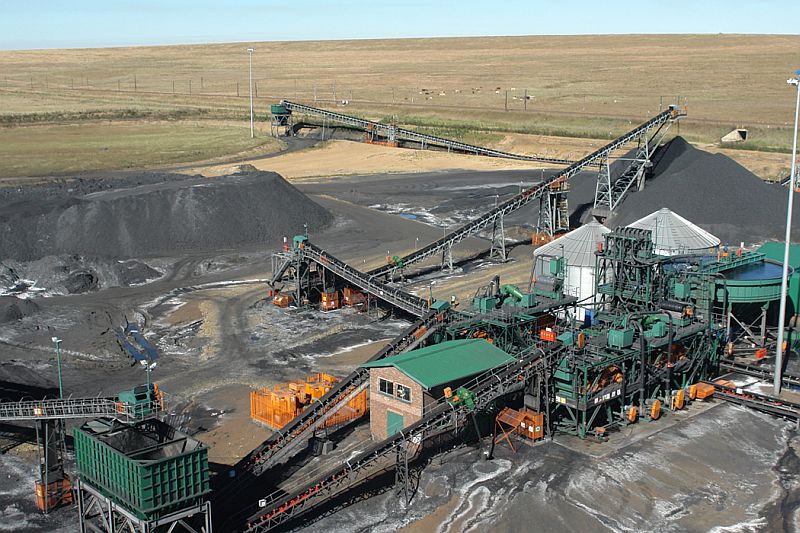 At the end of September, representatives of the South African government met with envoys from Great Britain, the USA, Germany, France and the European Union on climate. A proposal to give South Africa $5 billion in preferential loans and subsidies in exchange for the country’s withdrawal from coal mining was discussed.

At first, he said rich countries should not force South Africa to ban new coal-fired energy projects and impose different terms as a financing condition to help reduce carbon emissions. The aim of these talks was to prepare for the next “successes” in global decarbonization, the results of which were to be presented at the COP 26 climate conference in Glasgow, to be held in two weeks.

Later, the South African Minister of Energy said that developed countries cannot impose conditions on us, because we are still a developing economy, and in a completely different situation than developed countries. Mantach has repeatedly emphasized the security of energy supply as a priority, promoting coal, nuclear and gas as generation sources to replace old coal-fired power plants.

South Africa is facing a record reduction in blackouts. New solutions are being implemented to prevent a complete breakdown of the network, as state-owned utilities are unable to meet demand. In this case, South Africa cannot afford any other energy restrictions.

The minister also noted that the rush towards renewable energy at the expense of coal could have negative consequences, such as the blackouts currently observed in China, India and the United Kingdom.

He pointed out that South Africa could not move like a pendulum from one extreme to the other, because we ourselves would then be in the same situation that the two countries mentioned. – We must have a clear program. He said: We have to manage the crossing carefully and in an orderly manner.

Mantach defended the country’s 2019 energy plan, which allows the development of 1,500 megawatts of new coal capacity. This will allow South Africa to experiment with new technologies that can reduce emissions when burning fuels, he said.

Apart from this information, it should be noted that loan offers to the four richest Western countries have nothing to do with the income that South Africa gets from coal exports, which currently stands at about 80 million tons per year. At the lowest prices, annual coal exports are roughly equal to the proposed South African loan. Currently, it is four times more. Simply put, South Africa earns far more from the export of coal than from the loan given to it for giving up this fuel.

Don't Miss it The Polish national football team is among the winners of the competition…
Up Next Post-pandemic scene. How will the United States deal with these health inequalities? :: MedExpress.pl