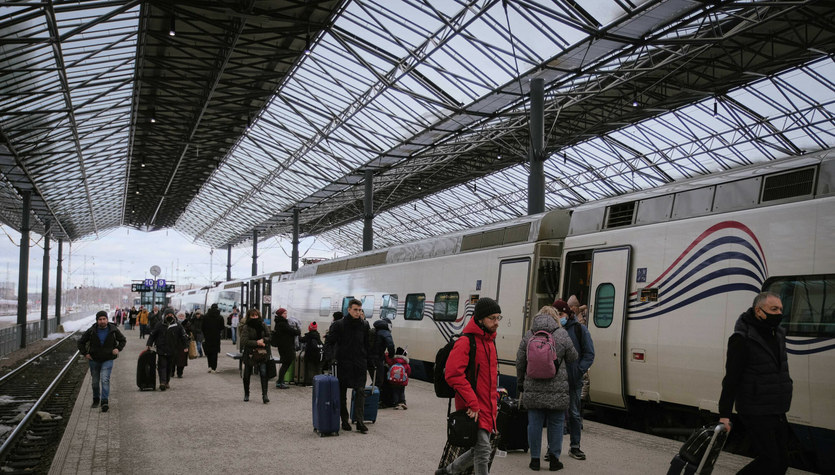 The most popular travel destinations under consideration are Armenia, Lithuania, Estonia and Georgia. According to the newspaper, referring to the data of the online professional search service “Profi”, interest in taking lessons from teachers of languages: Georgian (by 205 percent), Hebrew (by 107 percent), and Chinese (by 93 percent). Armenians increased sharply (by 35 percent).

Pet owners have begun actively seeking help in obtaining the necessary certificates to travel with their pets. The demand for these services increased by 70 percent. After March 7, the situation calmed down a bit, the decline in daily inquiries about this type of advice fell by almost half, but the topic is still relevant.

Some people who left the country prepared to immigrate early, and the current situation has speeded up the decision-making process. Anton Alekseev, partner in the View of Law and Trade, believes that those who did not plan to leave Russia in advance, are more likely to go to countries where transport connections are still in progress and where the procedure for entry and residence is easier, that is, Turkey, the United Arab Emirates, Armenia or Georgia. – It should be noted that such a “migration” is considered primarily as temporary, in order to “wait for it” – says Alekseev.

Experts suggest that professionals who easily find a job, such as IT professionals, are willing to leave the country in the first place. It is also easier for wealthy people who have enough money to stay abroad for some time to take such a step. But they also refer to people who leave Russia because they do not agree with the actions of their country’s authorities. Such a trend is called “ethical migration”. The newspaper reports, however, that a large number of young people expressed interest in leaving before Russia began invading Ukraine. According to a survey conducted in December, about a quarter of Russian high school students want to go abroad to obtain permanent residence.

Georgia is already facing an influx of Russians. The number of visitors increased several times, which caused a sharp increase in real estate rental prices. Whereas previously a one-room apartment could be rented for $250-300 per month, now prices have jumped to $500-600. Demand is still very high.

According to the information provided by the head of the Georgian Ministry of the Interior, Ashtang Gumeluri, Georgia received 20-25 thousand in one week. Russians. Some expect to return to their homeland within weeks or months, and some are considering staying in the south for a long time.

Local politicians are not satisfied – as the newspaper “Kommersant” wrote – about the wave of Russian immigration. They are demanding the introduction of a visa regime for the Russians. According to the current regulations, Russians can stay in the country without a visa all year round. Although most Russians who come to Georgia do not support the policy of Moscow and President Vladimir Putin, they are still treated with caution in Tbilisi, according to the Russian newspaper. Some politicians fear that Russian intelligence agents may be among the visitors.

According to Vakhtang Masai, a professor at the International Caucasus University, the influx of Russians also brings with it economic risks. Due to the fact that the Russians intend to stay in Georgia for a longer period, they are buying the necessary goods. Daily reports indicate that products such as flour, sugar and grains have disappeared from store shelves in recent days.

When opening an account, the Bank of Georgia presents the following document for signature: “I agree that Russia is the invader who invaded Georgia in 2008 and Ukraine in 2014 and 2022. I support the territorial integrity of Georgia and acknowledge Abkhazia and Samshabo ( South Ossetian name adopted in Georgia – ed.) It’s Georgia. I pledge not to publish and fight Russian government propaganda. I acknowledge that any breach of these rules will lead to my account being deleted.” The Russians reacted very cautiously, fearing that signing the document would lead to administrative and even criminal liability upon their return to Russia.

Apart from Georgia, it is also easy for Russians to get to Armenia and Turkey, but they also go to Azerbaijan, the United Arab Emirates, Kazakhstan, Kyrgyzstan, Central and South American countries. On the other hand, those with visas travel through third countries to the UK or the European Union. In response to Russia’s actions in Ukraine, the issuance of visas to Russian citizens has been suspended, among others Lithuania, Latvia and the Czech Republic. Their visas were also denied by Japan and New Zealand.


Escape from the Russians. “We are not welcome anywhere in the world”
France Press agency