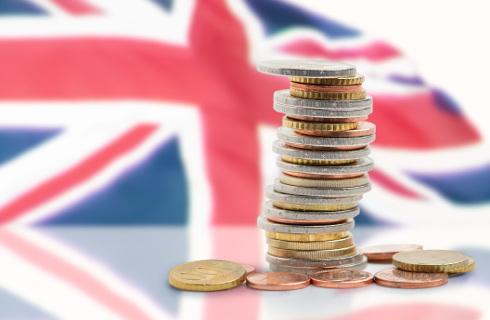 The obligation of the Poles to calculate income earned in the territory of Great Britain is influenced mainly by the issue of tax residency and the relevant provisions of the agreement between the Republic of Poland and the United Kingdom of Great Britain and Northern Ireland on the avoidance of double taxation and the prevention of tax evasion in the area of ​​income gains and property (hereinafter referred to as the “DTT Agreement”) “).

An important issue of the residence tax

In the case where the taxpayer is a person with unlimited tax liability in Poland (the so-called Polish tax resident), he is obligated to declare all of his income in Poland, including for example taxable income in the United Kingdom. According to the principle of unlimited tax liability, a Polish tax resident is subject to taxes in his country of residence (Poland), regardless of whether the income comes from Poland or abroad.

According to the provisions of the Polish Personal Income Tax Act, a person is considered a tax resident in Poland, Which:

Also check:
The determination of the cancellation allowance does not apply to income from 2020 >>
Since January, those working abroad may pay a higher tax >>
Telework outside of Poland may mean higher taxes >>

Income from work in Great Britain

With regard to the income obtained, among other things from the employment contract, in the case where the person is a Polish tax resident, the DTT agreement provides for the so-called method of closing with progress (Article 14 in conjunction with Article 22 (2) of the DTT). The method of exemption with progress is the fact that income earned outside the country of residence of the taxpayer is excluded in his country of residence from the tax base, but is taken into account when determining the tax rate on the residual income earned by the taxpayer. In such a situation, the income is not subject to tax in Poland, but nevertheless has an effect on the amount of tax on Polish income.

The Multilateral Tax Agreement (Multilateral Agreement to Implement Measures Related to the Tax Treaty to Prevent Base Erosion and Cover Profits, the MLI Agreement for short) is an agreement signed on June 7, 2017 by more than 100 countries. In the case of Poland, it assumes, inter alia, a change in the agreements concluded by our country regarding the avoidance of double taxation from the current method of exclusion (exemption) with an advance to the proportional credit method. On July 1, 2018, the agreement came into effect in five countries, including Poland.

On January 1, 2020, the MLI agreement changed the content of art. 22 seconds. 2 lit. A of the DTT Agreement and introduced a principle whereby the proportional deduction method would apply to taxable income in the UK for Polish tax residents. It consists in the fact that income earned abroad is subject to tax in Poland, but the tax paid abroad is deducted from the tax owed. This deduction is only possible up to an amount of tax that is proportional to the taxable income of Great Britain.

Due to the amendment of the Comprehensive Income Tax Law, the application of tax exemption will be restricted. For income earned from January 1, 2021, the deduction for cancellation allowance may not exceed the amount that reduces the tax, that is, PLN 1360. Reducing the possibility of deducting the cancellation allowance will increase the amount of tax liability in Poland for Polish tax residents earning taxable income in the United Kingdom.

It is also worth noting that according to the provisions of the DTT agreement, under certain circumstances, a taxpayer who works in the UK may only be taxed in Poland. This is done under the following conditions:

Settlement of taxes in Poland

From 1 January 2021, Great Britain is treated as a non-member state of the European Union, and therefore the provisions of the Income Tax Act apply to it, which refer to relations with third countries, and not – as it was before – with the European Union. This has an effect on:

In light of the provisions of the Law on the Social Insurance System, the insurance obligation covers, inter alia, the following: People who work for Polish employers on the basis of the provisions of the Polish Labor Law. This also applies to people who are authorized to perform their work duties in another country on the basis of a Polish employment contract. If it is a country that does not belong to the European Union or the European Economic Area, social security is dealt with in bilateral international agreements. These agreements specify the state’s social security legislation that applies to your situation. It is likely that no such agreement will be concluded, and the absence of it may mean that social security contributions will be due in both countries and it will not be possible to effectively eliminate the dual contributions. No social security agreement has been concluded between the United Kingdom and Poland, and until now European Union regulations in this area have been in effect.

It is important to distinguish between the situation of people working in the UK before 1 January 2021 and that of people who will start work after that date. The situation of the first group of people is governed by the provisions of the agreement to withdraw the United Kingdom of Great Britain and Northern Ireland from the European Union and the European Atomic Energy Community. If a certificate of social security legislation is issued for this group of persons (the so-called A1 certificate), then the European Union rules for harmonization of social security systems for the period referred to in this document can also be applied after January 1, 2021.

The status of the second group of people is regulated by the provisions of the Protocol for the Coordination of Social Security Systems, which is part of the Trade and Cooperation Agreement between the European Union and the United Kingdom. According to its provisions, it is possible to temporarily continue the application of EU rules for harmonization of social security systems in the event that a member state notifies the European Commission of this intention within the required deadline.

Sebastian Cowza, the supervisor in the tax advisory department of the PIT team at KPMG in Poland

Don't Miss it Smuggling of purebred dogs. Gray trade is booming
Up Next PS Plus for May is now available. Download PS5 and PS4 games