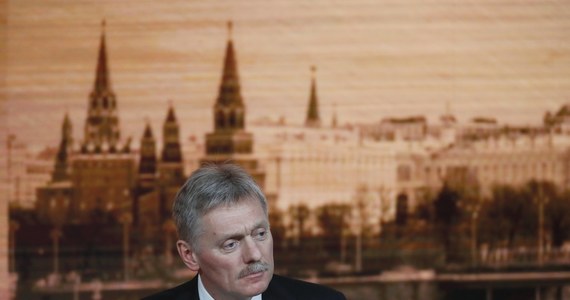 Russian spokesman Dmitry Peskov said in an interview with Britain’s Sky News that Russia had suffered “great losses” and that it was a “great tragedy for us”. There was also a lot of misinformation and propaganda in his statements.

In an interview with Mark Austin, a journalist for Sky News, Peskov said that Ukraine’s history changed in 2014 and that the country then committed an “illegal coup”. Ukraine became hostile to Russia and everything that happened there was directed against Russia –He said.

When asked whether the Russian losses humiliated them, he answered: No, it’s a misunderstanding of what’s really going on. After a while he added: We suffered great losses among the soldiers. It is a great tragedy for us.

Putin’s press secretary, Dmitry Peskov, says the scenes of civilian deaths in Ukraine are "; tragedy & quot; He added that he hopes in the coming days that Russia will reach its goals or that negotiations will be reached. co/X3flQUBL0r-Sky 501, Virgin 602, Freeview 233, YouTube pic.twitter.com/bD8nSUhasM
Sky News
April 7, 2022

Later in the interview, Peskov repeated the lies of Russian propaganda. When asked if he could sleep peacefully at night when he saw pictures showing dead Ukrainian civilians, he replied: It’s not really about sleeping at night. It’s rather a matter of that The Ukrainian army uses civilians as human shields.

He also stated that the Russians use precision munitions and do not attack civilian objects. He also expressed his hope that Russia will achieve its goals in the coming days or that the negotiation process between the two parties will advance.

He also referred to the activities of NATO. NATO is not a peaceful alliance. It seeks confrontation and the primary purpose of its existence is to confront another state – He argued. He also pointed out that his country has been living under the weight of sanctions “for decades” and is used to such a situation. We started preparing for the sanctions a year ago. Now our economy is in a very tense situation, but we are doing well – He said.

Peskov also said in an interview with Sky News that the Bokza sightings were false. Do you have any idea how ugly that sound is? Incredibly asked the journalist. A Kremlin spokesperson responded: It’s fake, we’ve been talking about it for several days, but no one listens to it.

See also  Hurricanes in China. At least 12 people died
Don't Miss it TikTok will build a new data center in Europe, which will operate in Poland
Up Next eFootball version 1.0 will bring a new quality? The first game from the full version of the successor of PES