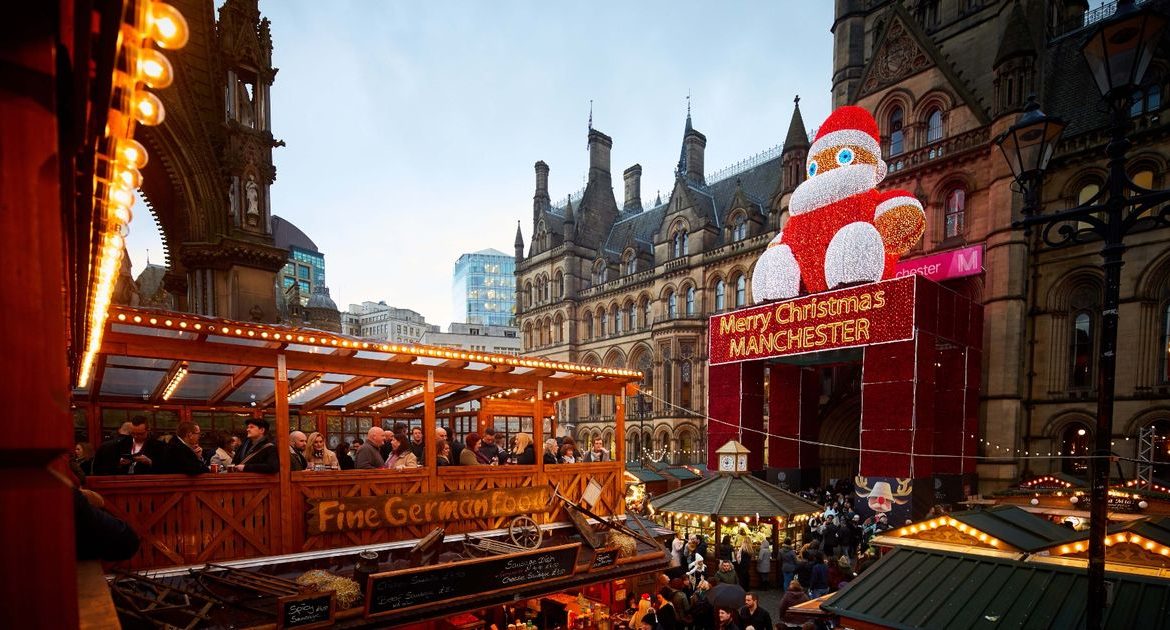 The annual Manchester Christmas Markets have been officially canceled after months of speculation over whether the mega event will continue.

The board kept celebrations “under review” and explored options for several months, but today decided to cancel the markets altogether.

The The most recent plans were for three single-row markets At Piccadilly Gardens, Deansgate and Cathedral Gardens, similar to Maker’s regular markets.

The markets, which will usually set off in the coming weeks, attract tens of thousands of visitors to the city each year.

Council member Pat Carney, a Manchester Christmas spokesperson, said today that even the proposed small markets have not met public health approval and that the board “can never risk” people’s well-being.

The city will still be lit by Christmas lights and seasonal lighting installations, including the glowing giant Santa in Piccadilly Gardens.

“We canceled everything. Our public and commercial health tests weren’t done, so the three markets in those locations have been canceled, and they won’t.

“It was a million miles away from traditional Christmas markets, which people were apparently going to be very anxious about.

“Inclusive markets were never part of our planning for them, we are not that absurd.

“With all of us healthy, we cannot take any risks with that.

“Christmas will be very unusual in Manchester, but what we’re going to do is put extra lighting across the city center and more static lighting.

“I don’t want a Manchester Christmas in North Korea.

“Adults know what’s at stake in terms of health, but I think children will be confused about what is happening this Christmas – I would point out that Christmas is not bad and all the kids in town are expecting it to visit us.

“We’ll light up Manchester with lights.”

He added that the event is “the highlight of the economic season” and he hopes that people will continue to visit the city center for Christmas shopping, as thousands of retail jobs depend on the busy period.