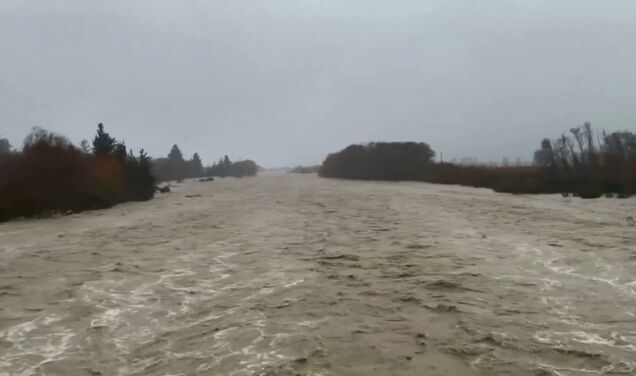 Hundreds of people were evacuated during the night. The reason was a massive flood – the result of heavy rains that have haunted the Canterbury region of New Zealand for several days. In some places, up to 400 liters of water fell per square meter.

“I went to bed around 10 yesterday and there was no trace of water. Today I woke up at 6 and saw a river outside the window. Half of my farm was under water – a resident said.

– It was just a mess. There is nothing we can do as long as it is like this. Thank God the rain has stopped,” farmer Brian Beeston added.

“once every hundred years”

During the night, residents of at least 300 homes in Canterbury fled. As they said, such a “flood happens once every hundred years.” The rivers rose sharply, flowed, and began to flood the area. Soldiers helped evacuate the residents, and many people were transported by helicopter.

According to the military, a man clung to a tree near the town of Darfield, jumped into the flood waters and tried to swim to safety, but the current carried him away. The helicopter crew searched for 30 minutes before finding and rescuing him. The military helicopter also transported an elderly couple who were waiting for rescue on the roof of their car.

A civilian helicopter pilot rescued another man who had been kidnapped from the farm by water when he tried to take his livestock to safety. Farmer Paul Adams told the media that he managed to grab the fence and then the trees. Another farmer noticed the light from his flashlight and organized a rescue mission.

“The lifeguards are great,” Adams said, adding that he was back on his farm. So far, he said, only about 100 of the pre-flood herd of 250 had been found, he said.

Extensive alerts were implemented in and around Canterbury on Sunday.

Don't Miss it Turkey up to the United States? They’re pulling out the S-400 experts
Up Next Horizon Forbidden West has divided the players. Some fans are complaining about Aloy’s appearance