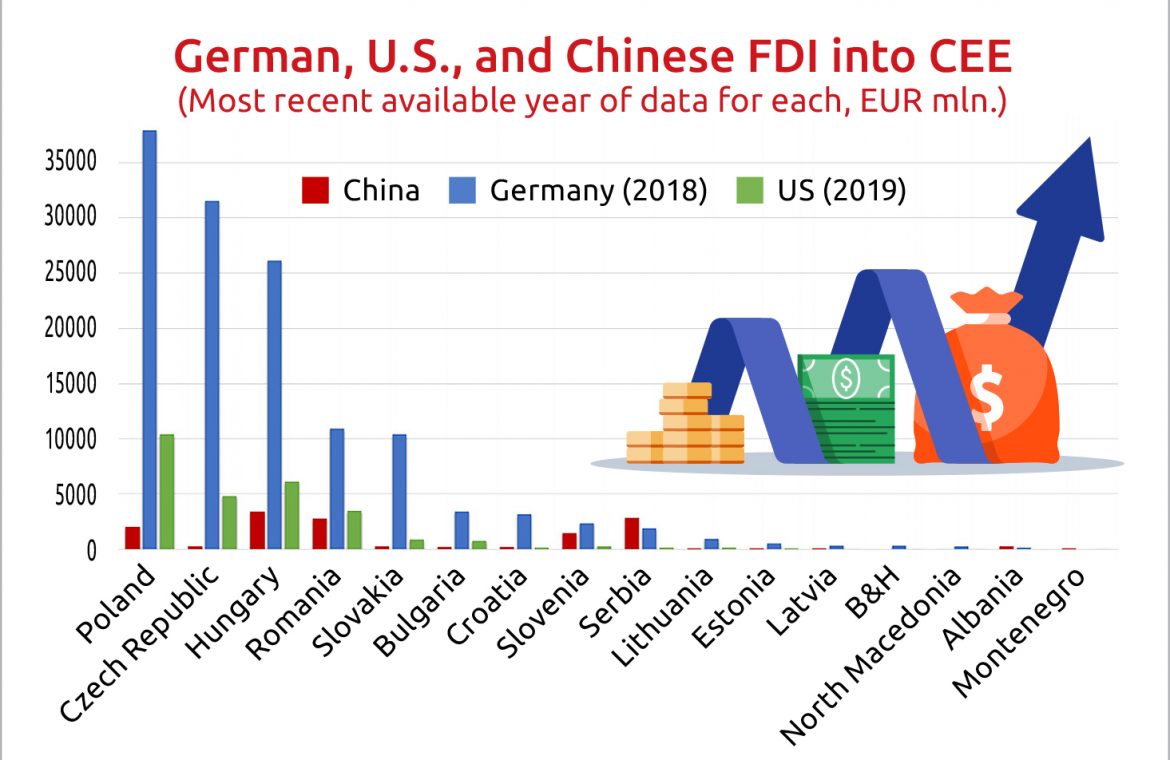 The World Bank defines foreign direct investment as a category of cross-border investment associated with a resident of one economy who has significant control or influence over the management of a company based in another economy, according to World Bank Help Desk data. Deer. Foreign direct investment includes cross-border mergers and acquisitions as well as the organic development of companies with foreign capital.

According to the United Nations Conference on Trade and Development website, unctad.org, global direct investment fell from about $1.5 trillion in 2019 to $859 billion in 2020, the lowest number since 2005 and almost 20% less than the 2009 low of Global Financial Crisis (GFC). While most of that decline may be due to COVID-19, tensions between the United States and China have also contributed. The drop in foreign direct investment was much larger than the drop in GDP and trade, says unctad.org.

In Central and Eastern Europe, foreign direct investment fell 58% in the first half of 2020 compared to the first half of 2019 as the coronavirus pandemic and blockade slowed economic activity, intellinews.com reports. Also, mergers and acquisitions worsened in 2020, with the number of deals in Central and Eastern Europe reaching 1,705 deals with a total value of $60.8 billion.

This represents a 12.9% decrease in the number of transactions and a 16% decrease in transaction value compared to 2019. Despite a strong fourth quarter in 2020 and better M&A performance in Central and Eastern Europe compared to most other parts of the world, this is a The worst yearly mergers and acquisitions results for more than a decade, according to the CMS Emerging Europe 2020-2021 Mergers and Acquisitions report.

The decline in FDI was caused by a pandemic, not a decrease in the investment attractiveness of the CEE region. Eleven Central and Eastern European Countries (EU11) have improved their attractiveness as a foreign investment destination thanks to their proximity to Western European markets, relatively well-developed infrastructure, political stability, low taxes and a generally well-trained workforce. Membership in the European Union compensates for the small size of many internal markets.

As a result of these advantages, the penetration of FDI in the 11 EU countries, as measured by the size of FDI inflows as a percentage of GDP at the end of 2016, averaged 52.5%. This contrasts with 24.5% for emerging Asian markets and 42.4% for Latin America.

It turns out, with the exception of Serbia, that Chinese investments in Central and Eastern Europe are low compared to Germany, which accounts for the lion’s share, as well as American investments.

There is a link between lower direct investment and lower GDP growth in the region. Despite massive government stimulus, most of the four Visegrad countries saw their GDP decline in 2020 in line with the decline in the GFC. While Poland recorded the smallest bad economic growth of 2.7%, the rest recorded -5%.

See also  Half of Polish companies plan to invest in climate-friendly activities within 3 years - Inwestycje.pl

Given the decline in FDI and GDP growth in 2020, the fragility of the economic recovery and the possibility of a fourth wave of COVID-19 in Central and Eastern Europe, an improvement in the level of FDI in 2021 is a key component of the recovery in the region and remains a risk factor for further GDP growth. While we hope that domestic capital accumulation will support GDP growth in Central and Eastern Europe, the region remains dependent on foreign capital in the short and medium term.

Nemethy is not the CEO of Euro-Phoenix Financial Advisers Ltd. (www.europhoenix.com), a corporate finance company in Central Europe. He is a former international banker, author of Business Exit Planning (www.businessexitplanningbook.com) and past president of the American Chamber of Commerce in Hungary.

This article was first published in the print edition of the Budapest Business Journal on July 30, 2021.

Don't Miss it How to watch Diamond League Bislet 2021
Up Next CBA: Banaś hid his fortune in comments. Mysterious emails from the USA