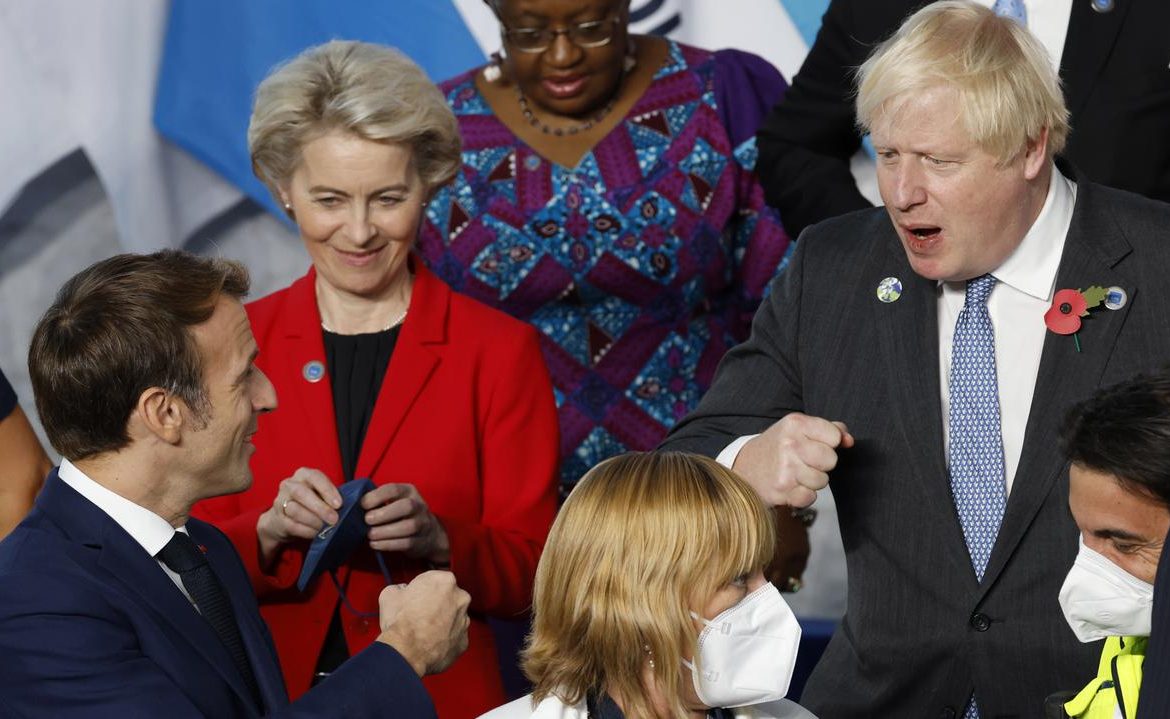 The two-day G-20 summit in Rome started with a funny situation. British Prime Minister Boris Johnson was late to take a commemorative photo of world leaders. Some politicians chanted “Boris, Boris!” As the British Prime Minister rushed to take his place on the stage, as indicated by the President of the European Commission, Ursula von der Leyen.

G20 leaders met on Saturday in Rome to begin their two-day deliberations. They take place in the state-of-the-art Nuvola Convention Center in the Eur District, which features a huge white cloud-shaped fabric.

The summit was launched jointly by world leaders, along with Italian doctors and nurses, as well as paramedics and representatives of the Red Cross, in recognition of the participants in the fight against the epidemic and emphasizing one of the main themes of the meeting.

The unusual situation happened before the souvenir photo was taken. British Prime Minister Boris Johnson delayed them. Some leaders chanted, “Boris! Boris!” As the politician rushed to his designated place on the podium, as indicated by the President of the European Commission, Ursula von der Leyen. On the way he passed the laughing French President Emmanuel Macron.

Johnson: The dispute over fishing has created troubles in relations with France

In recent days, Britain and France have been divided over the right to fish after Brexit. Johnson said on Saturday that the row with France had led to a “turmoil” in relations between the two countries and did not rule out legal action against the authorities in Paris.

Speaking on Saturday to Britain’s BBC News and Sky News on the occasion of the G20 summit in Rome, Johnson admitted he feared the measures taken by France could violate the Trade and Cooperation Agreement (TCA), which regulates relations between Great Britain and Europe. Union after Britain leaves the European Union.

The summit is held under the theme “People, Planet, Prosperity”. The topic of the first discussion in his forum was “The Global Economy and Health”.

Don't Miss it This is JVC’s first OLED TV! There’s HDMI 2.1, premiering in November! Cheap competition from the giants?
Up Next Iran. Civil Defense chief accuses US and Israel of launching cyber-attack