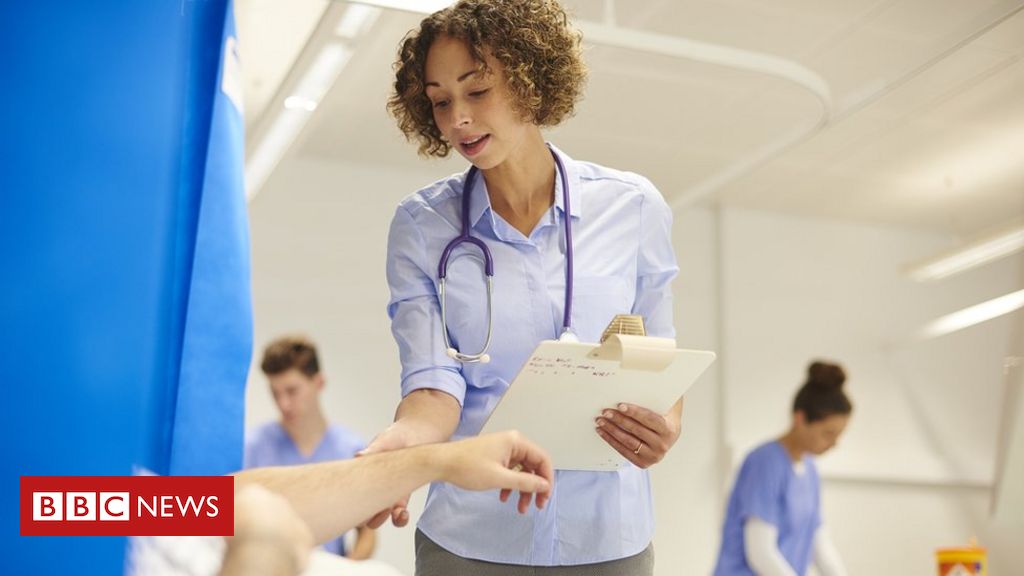 The NHS is facing a “triple whammy” from the rise in Covid-19 cases, significant treatment backlog and reduced capacity due to infection control measures, according to health chiefs.

NHS chiefs also called on ministers to be “honest and realistic” about treatment waiting lists.

This comes despite the government pledging an additional £ 3 billion this winter.

The funds – announced over the summer – were intended to:

But hospitals still perform half the number of routine operations they normally do.

Two million patients have already waited more than 18 weeks to receive treatment, the highest number since enrollment began in 2007.

Services in other areas, such as cancer care, are running at about three-quarters of their capacity.

Of the more than 250 presidents who responded to the federation poll:

NHS Federation CEO Danny Mortimer said a sustainable plan must be found for the NHS.

“Nobody can have any doubts that the road to recovery for NHS and welfare services will be a long one,” he said.

“ Despite dire predictions that it will not be able to cope, the NHS has not only managed a huge wave of Covid patients, but also continued to treat millions who are not infected with the virus.

“We have learned a lot and are in a better position to manage the virus the first time, despite the lack of an effective testing and tracking system.”

Ms Donna Kinnear of the Royal College of Nursing described the report as “deeply disturbing”.

She added that the “serious shortage” of nursing staff is putting pressure on the services and the people who work in them.