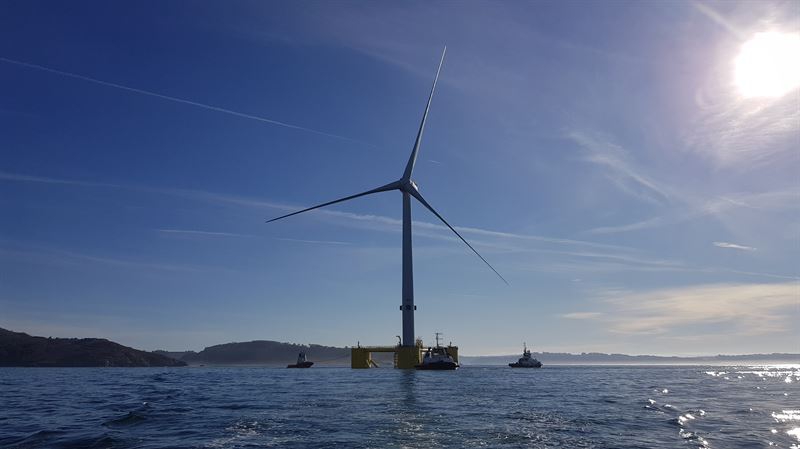 Aker Offshore Wind has announced the launch of a £235 million investment package as part of a partnership with Ocean Winds, a joint venture between Engie and EDP Renewables, to boost the supply chain for a new wave of offshore wind development off the coast of Scotland.

Thanks to the investments, thousands of new jobs will be created. They are also supposed to reduce the costs of the technology by using it on an industrial scale.

Sian Lloyd Rees, Managing Director of Aker Offshore Wind UK, said: “If we focus on what our supply chain needs and deliver now, we can gain a ‘first mover advantage’ in many different technologies and solutions – that’s why we have committed to creating an investment fund worth £235m A fair transition requires that we make an early effort to consider what a healthy and growing supply chain needs.This is the basis for a fair transition ambition in Scotland that will ensure us an affordable and clean energy supply.

In Scotland, 6 gigawatts of floating technology may be created

Aker Offshore Wind has submitted a proposal to implement three offshore wind farm projects in the Murray Firth Bay, with a total capacity of 6 GW. The investments will arise as part of a recent rental round of such projects (ScotWind), for which Estate Scotland (the general agency that manages the land, including seabed and real estate) is responsible.

According to the company’s estimates, each project could create more than 5,000 jobs and apprenticeships for 200 people in Scotland, throughout the design and supply chain stages. If these projects are approved, Aker Offshore Wind will also invest in ports and harbors.

The investment plan also includes feasibility studies, benchmarking and implementation studies, and a shipyard manufacturing virtual reality project that has already been developed in collaboration with the National Manufacturing Institute of Scotland at the University of Strathclyde.

Don't Miss it Millionaires. What does the term in silico mean? Question and Answer
Up Next United States of America. The nuclear agreement with Iran. Washington: Several weeks left to save the deal