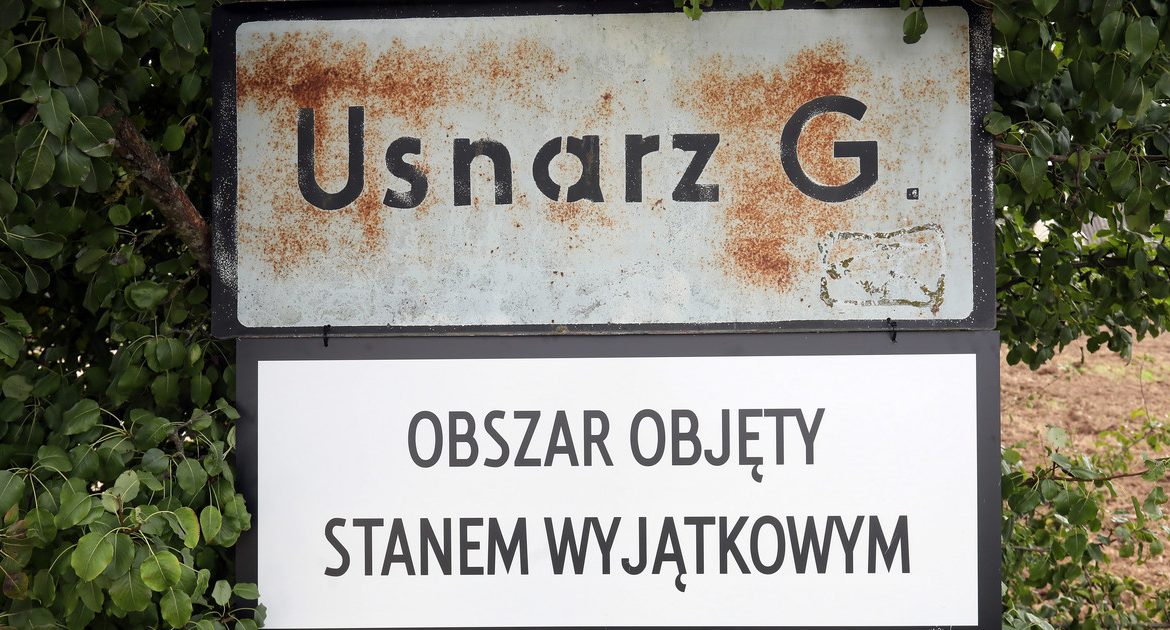 – Belarusian media and journalists come there. I set fires. Belarusian soldiers cut firewood and bring them firewood. They get food and drink all the time. The spokeswoman said representatives of Belarusian NGOs provided aid, tents and warm clothes to the migrants.

When asked about the size of the group, she noted that on Tuesday, border guards noticed 27 people, including five women, but a recent report said there were 32. – We don’t know exactly how it is rotated. Behind the camp, Belarusian soldiers put camouflaged nets, and we do not know what is behind them. She added that there is already a fence on our side. As she pointed out, there is no such camp anywhere else near the border with Poland.

Lieutenant Michalska also explained that immigrants with Belarusian soldiers communicate in Russian. Speak the language well and freely. You can see that they have good relations with the Belarusian services. They are joking with each other. She said it happened that they addressed abusive words to the Polish officers.

See also  Ukraine, Mariupol. Russian soldier in an intercepted conversation: they ordered us to demolish the Azovstal plant in Mariupol

Noting that Mariusz Kaminsky, Minister of the Interior and Administration, said in the House of Representatives on Thursday, according to representatives of the United Nations High Commissioner for Refugees, that these people had previously lived in Russia, she replied: “We also have this information.”

During Thursday’s debate on the president’s proposal to extend a state of emergency in towns bordering the Belarusian border, Kaminsky spoke of migrants who have been camping near Usnarz Gorny since August. As he explained, from September 20 to 24, representatives of the UNHCR (Office of the High Commissioner for Refugees) and delegates from Geneva and Budapest were in Belarus.

– They met representatives of the Belarusian authorities regarding this camp in Usnares. They spoke to the Ministry of Foreign Affairs, spoke to the border guards, spoke to the Belarusian Red Cross, and finally spoke to our diplomats from the embassy in Minsk. Well, they gave us this information: all thirty – who camped there in high discipline and in the framework of great fraternity with the Belarusian services – are all thirty citizens of Afghanistan who have been legally residing in Russia for several years, and most of them have lived near the Urals for the years The latter – they worked there and lived there. Suddenly, this international group was selected, and thirty Afghans from Russia remained, said the head of the Ministry of the Interior and Administration.

According to the minister, “representatives of the Commission appealed to the Belarusian authorities to withdraw these persons from the Polish-Belarusian border, until the conditions of residence for these persons are provided elsewhere.” He added: “Representatives of the United Nations High Commissioner for Refugees met with representatives of our embassy in Minsk, and presented their opinion that they are not refugees within the meaning of the Geneva Convention. They are illegal immigrants who have lived legally and safely in Russia for many years.”

In the spring, the number of attempts to illegally cross the Belarusian border with Lithuania, Latvia and Poland by immigrants from the Middle East, Africa and other regions increased sharply. The European Union and its member states believe that this is the result of deliberate actions by Belarus in response to the sanctions. On September 2, the Polish authorities imposed a state of emergency in the sector near the border with Belarus. As of that day, foreigners, including journalists, were not allowed to stay in the area, including Usnarz Górny. Prior to declaring a state of emergency in Usners Gurney, regarding the situation of nomadic immigrants, there were, among others, the media, activists and parliamentarians.

Don't Miss it USA: Trump withdrew from Forbes’ list of the richest Americans. Big losses
Up Next Planet orbiting three stars. The first such discovery