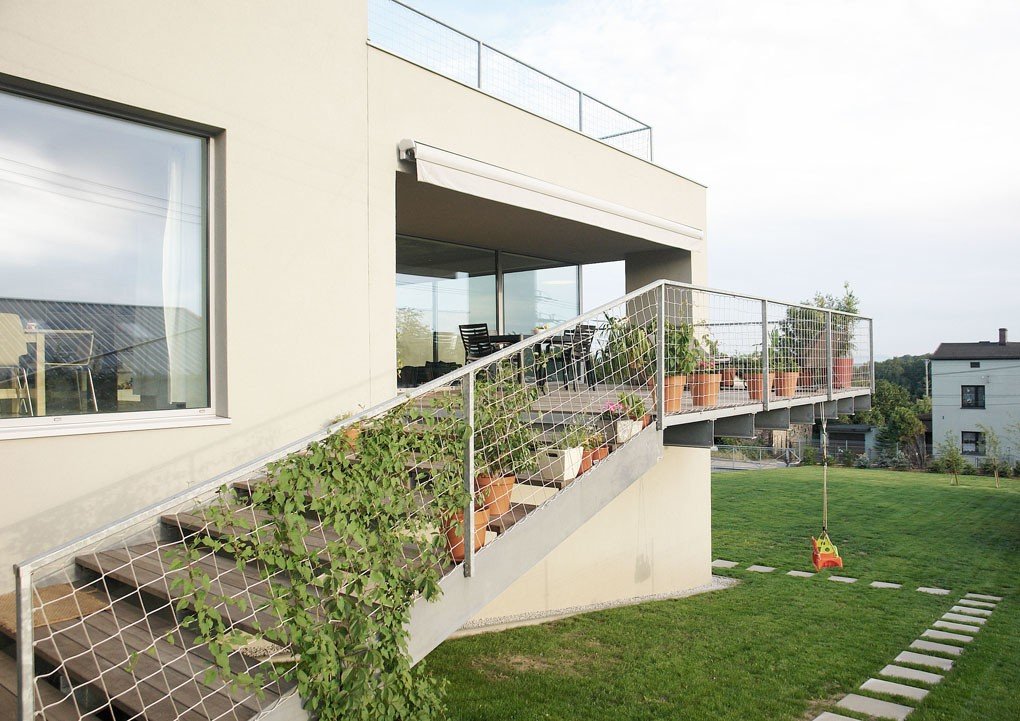 Probably anyone passing by this house in aziska Górne would not have guessed that it was built 60 years ago as a typical “Polish Cube”, much of which is found throughout the country to this day. Thanks to the idea of ​​Katowice Architects from SLAS architects studio, the building acquired a more modern face, and at the same time more space. See what you look like now.

The “cube” house from PRL. Taken from the 1960s, today it looks like a villa

Cubic houses are one of the Polish specialties. Even today, it can be seen in many places. It doesn’t look cute, but it is relatively functional. Their disadvantage is their small size and closed spaces.

Alexander Bidnarsky and Marius Kumraus, two architects from the SLAS Architectural Studio in Katowice, argue that a “cube” could be an object grateful for adaptation. Investors came to them who wanted to expand their home since the 1960s, located on aziska Górne (Mikołów poviat, Śląskie Voivodeship).

The house is located on a plot of steep slope, surrounded by single-family architecture interspersed with farm buildings.

The main requirement of the investor was to expand the daily zone. The building has undergone a comprehensive functional rearrangement and expansion. At ground floor level, most of the load-bearing partitions and walls have been removed and replaced with adhesives. On the south side, a two-story space has been added, with a garage on the ground floor, and a living room with a balcony on the first floor – says architect Marius Comraus.

The balcony made a sensation. This is the most used space in the house

A balcony is a functional extension of the functions of the kitchen, dining and living room, and due to its partial ceiling it forms an additional “room”, which is the most used space in the home. Its location means that in addition to a full view of the living room, there is a view of the garden – a kind of connection between the house and the garden.

On the second floor of the reconstructed “cube” are bedrooms with access to a spacious balcony and bathrooms.

Windows on the north side have been abandoned. It saves

But the architects didn’t just add more rooms to the drawing board (on a computer, of course). They abandoned some elements of architecture.

All redundant window openings have been removed on the north side of the building. – This allowed for the money to be redirected and the use of panoramic glazing in the living room on the southwest side – Marius Comraus explains.

The ground floor of the building, apart from the garage, houses art rooms and storage rooms. The entrance to the building is in a glass vestibule that also serves as an orange.

The house was finished with silicate plaster, and its colors were adapted to the existing apartment and farm buildings.

Difficult plot, with a difference in levels. The hall is on the first floor

The great difference in ground levels led to an unusual situation in which today’s area is raised to the first floor level, which is an obstacle on the one hand, and on the other hand the project opens up new possibilities and relationships with the environment. . The balcony hanging in the garden gives you the opportunity to enjoy the views, and the separation of the daily area from the ground level increases the residents’ sense of safety.

The building uses solutions and technologies that increase energy efficiency (payback, solar collectors, floor heating, fireplace with a hood, etc.), which make the house, after measuring the parameters of tightness and energy consumption, almost negative.

See also  The Green Bench Competition Scholarship. The money is waiting!
Don't Miss it The Swiss voted differently than the government recommended. Burqa and niqab will be banned
Up Next “Sentinelle” is an anemia thriller. Watch just before bed