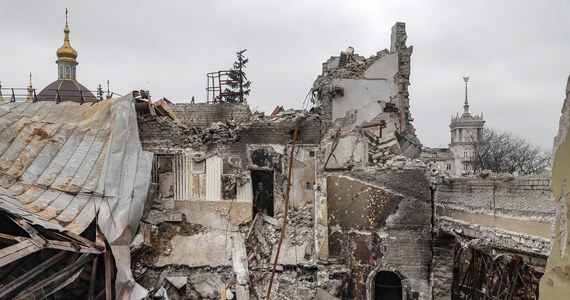 Mariupol’s advisor, Petro Andryushenko, said Russian forces were removing bodies from the city from under the rubble of the drama theater that was bombed in March. It is estimated that about 300 people were killed in the attack on the theater of operations.

The mayor’s advisor reported that “the occupiers continue to ‘clean up’ in the center of Mariupol. The ruins of the bombed drama theater in Mariupol are currently being cleaned. The occupiers are packing the bodies found in plastic bags.” books.

Then he added: “They transport the corpses with tractors and trucks to the facility where they are stored, in the industrial zone near Nikolskaya Road. From there, when the facility is full, they are taken to the village of Mangosh, where They are thrown into a 300-meter trench“.

“The contempt of the Russians has no bounds. The square near the theater years ago was a cemetery for soldiers of Nazi Germany, whose remains were exhumed and transported in the years 2018-2019. And now the Russians again They turned the Mariupol center into a cemetery– added the mayor’s advisor.

It was previously reported to the local authorities Mass grave in Mangosh. The mayor of Mariupol, Vadim Boychenko, estimated that they could rest there 3-9 thousand dead bodies. The media published satellite images of the company Maxar Technologies, which show a hole about 300 meters long.

The theater in Mariupol came under fire on March 16. It is estimated that about 300 people were killed in the attack.