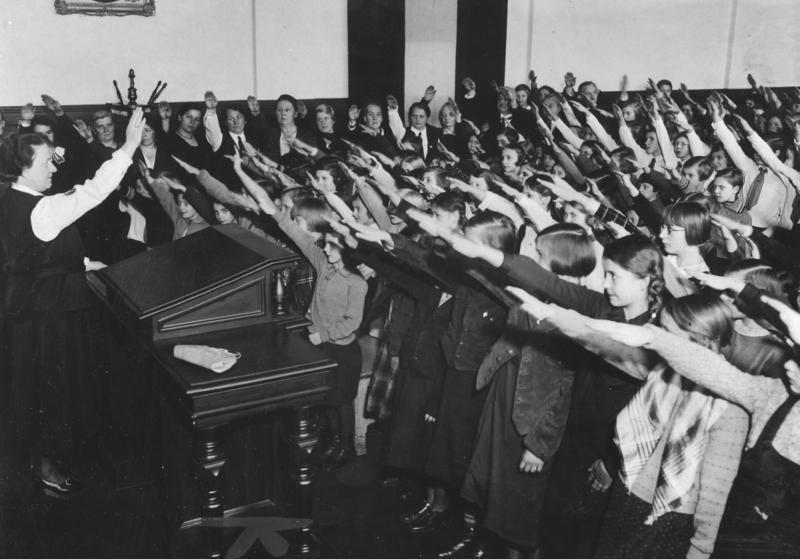 „From today’s perspective, it can be said that there was a serious neglect of dealing with the Nazi past, especially in the 1950s and 1960s. ”- A spokesman for the German Ministry of Justice admits in response to a question posed by Parliament about the lengthy trials of Nazi criminals.

The Ministry of Justice “considers the prosecution of crimes committed during the period of National Socialism an extremely important task to this day. This applies especially to the investigation and reassessment of crimes (against) victims of the Holocaust. Therefore, it is true that the alleged perpetrators – although very late – should be held accountable. In criminal proceedings based on the rule of law ”- Ministry spokesperson Maximilian Cal informed Parliament.

The prosecution against Germany

In February, the International Auschwitz Commission accused the German judiciary of failing to prosecute Nazi criminals for decades.

A spokesperson for the Federal Ministry of Justice and Consumer Protection (BMJV) clarifies at the same time that BMJV has no jurisdiction in these cases, as “the prosecution of crimes in the Federal Republic of Germany falls within the jurisdiction of state prosecutors’ offices and courts, in accordance with the jurisdiction system established by the Basic Law” .

The same applies to the “prosecution of crimes committed during the period of National Socialism. In 1958, the federal states established the Central Office of the National Administration of Justice to Investigate National Socialist Crimes in Ludwigsburg as a private joint institution. Important preliminary investigations are underway to clarify the crimes.

However, Auschwitz survivors accuse the German judiciary of negligence in trying Nazi criminals.

The awareness that most of the perpetrators from the camps were able to live without problems and without having to hold their crimes accountable in a German court placed a heavy burden on the survivors throughout their lives.

– said the deputy chairman of the Auschwitz Commission, Christoph Huebner.

The charges brought in early February against the 100-year-old Sachsenhausen concentration camp guard and the 95-year-old former Stutthof concentration camp secretary led to criticism of the International Auschwitz Committee. Huebner stated that the fact that the perpetrators are now being brought to justice is “a failure and neglect of the German judiciary that has continued for decades.”

Heubner confirmed that the accused are part of the German extermination camp mechanism.

So these trials remain important, even if the perpetrators and survivors are now old.

The Nazis under the protection of Germany

In January, the professor dated. Bogdan Musia said in an interview with PAP about German crimes during WWII: Up to 42 people stood before West German courts after the war. You have to be aware of these numbers. “

Most of them settled in western Germany after the war and were protected there by the state. Through the legal system, through the constitution at the time. It was extremely rare for someone to be brought to justice or brought to trial

Don't Miss it Apple systems update. Fixes serious security flaws
Up Next Big changes at Atrium Reduta. There will be a new food court and family area