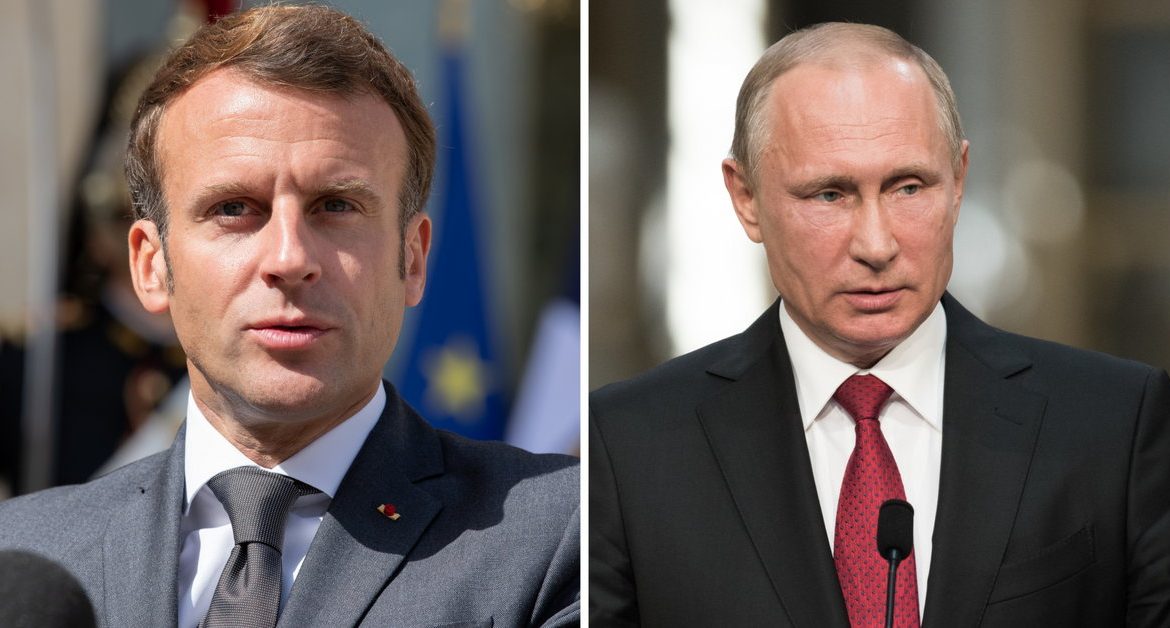 President Macron does not hide that he wants to improve relations between the European Union and Russia. However, during the European Council meeting in June, EU heads of government and states rejected the Franco-German proposal to organize a summit between the EU and Russia after Poland and the Baltic states declared that they were against it.

Friday’s conversation, which had not been planned before, was to prove that France supports the involvement of Russia in solving the world’s most important problems.

In a statement issued by the Kremlin press office following Putin’s conversation with Macron, it was emphasized that the development of constructive and predictable relations between Russia and the EU and a return to normal dialogue and respect would help solve current and urgent problems such as the fight against international terrorism, climate change and the resolution of regional conflicts.

It was noted that Putin informed Macron of the implementation of the tripartite agreements on Nagorno-Karabakh on November 9, 2020 and January 11, 2021. Vladimir Putin said that the situation in the region remains largely stable thanks to the presence of Russian peacekeepers. The Russian President stressed the need to increase the participation of Russia’s European partners, including France, in solving humanitarian problems in the areas affected by the hostilities. The two presidents expressed their mutual readiness to coordinate peace efforts in Nagorno-Karabakh, including with the participation of the Organization for Security and Cooperation in Europe.

Part of the conversation was devoted to issues of bilateral cooperation, especially in the field of trade and energy as well as cultural and humanitarian relations.

Among the topics of Macron’s talks with Putin was the situation in Ukraine, where “the Normandy format plays a particularly important role, in which France and the Federal Republic of Germany mediated to enable Ukraine and Russia to end the conflict (in eastern Ukraine) and find lasting solutions for the future.” Moscow accuses Kiev of “sabotaging its efforts for peace” and of not following the rules adopted in the so-called Minsk Agreement, which calls on Kiev to respect these agreements.

Politicians also talked about Libya. “The (French) President of the Republic called on Russia to respect international agreements, like all parties involved in settling the situation, which clearly state that all foreign armed forces must leave Libya as soon as possible,” the statement said.

Don't Miss it Who else will meet the US envoy to the Holocaust?
Up Next Polish studio Flying Wild Hog created na ?? ladowce Borderlands