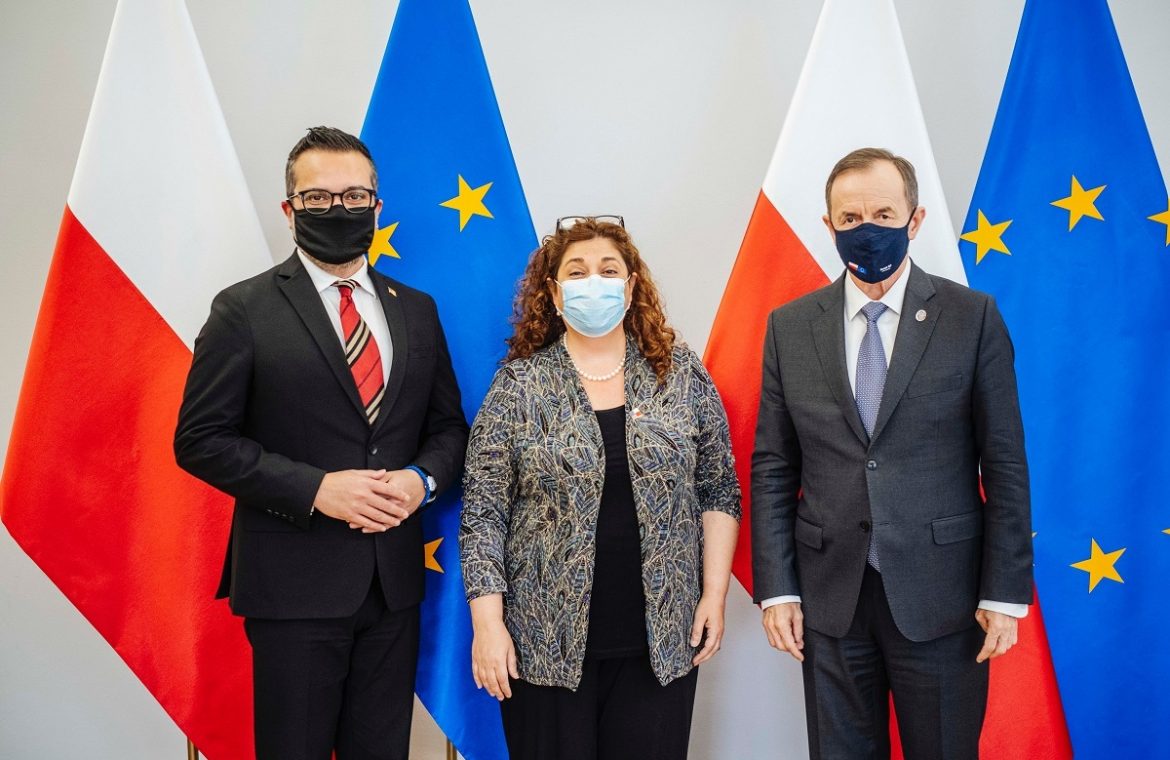 Shari Daniels began her visit, which will take place July 2-11, with a meeting with Senate Marshall, Thomas Grodzky.

The US Embassy stated that this is another visit of Daniels to Poland. The previous incident took place in January 2020, when, as a member of the American delegation, she participated in the celebrations of the 75th anniversary of the liberation of the Nazi German concentration and extermination camp Auschwitz-Birkenau organized by the Polish government.

As the US Embassy noted, during Daniels’ visit last year, “With the support of its office, the US Department of State announced an additional $2 million for the Auschwitz-Birkenau Foundation for the long-term maintenance of Auschwitz-Birkenau State Museum, bringing the total US contribution to $17 million.”

The embassy confirmed in the statement that “the special envoy’s visit will focus on deepening cooperation between the United States of America and Poland on both bilateral issues, including the International Holocaust Remembrance Alliance (IHRA); from the Board of Directors of the German Foundation for Remembrance, Responsibility and the Future and the International Tracing Service Commission in Bad Arolsen, who oversees the Arolsen Archives.”

Daniels will meet with representatives of the Polish government, as well as parliamentarians, scholars, museum directors, and civil society representatives dealing with education, memory, and research on the Holocaust.

– We read a statement from the US Embassy.