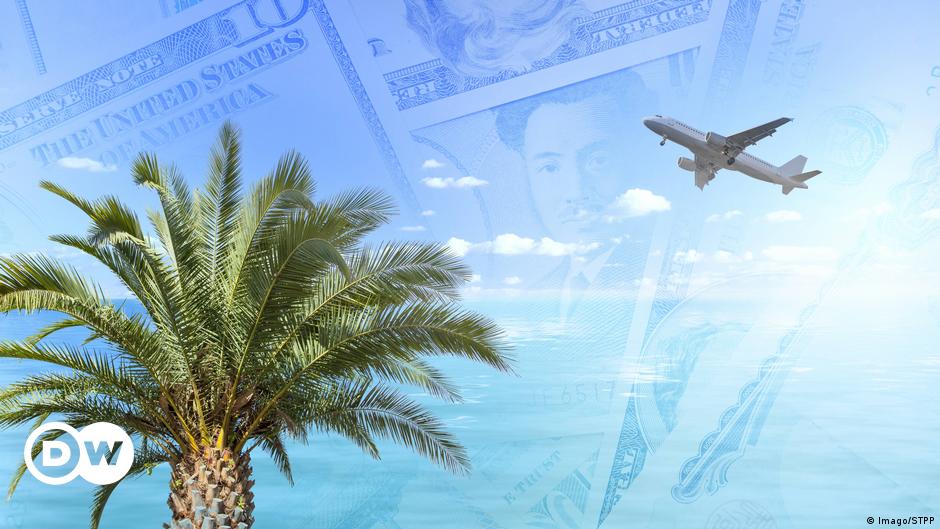 The German daily newspaper on Tuesday (07/09/2021) quoted a statement from the Finance Ministry explaining that wealthy Germans willingly invest their money abroad, often in tax havens. On the British island of Guernsey in the English Channel in 2019, approximately 11.9 billion euros were owned by German citizens. It was about the same amount in Liechtenstein. In the Caribbean Cayman Islands, Germany has 8.5 billion euros, and in Singapore 4.3 billion euros.

“Large properties often end up suspiciously in notorious tax havens,” writes Sueddeutsche Zeitung (SZ). As he explains, this conclusion arises when one analyzes the average balances of foreign accounts. In Guernsey, the average account was 2.7 billion euros, and in the Caymans 1.5 billion euros. For comparison: in neighboring France, one account belonging to an average German citizen had only 33,000 euros, a 99% rate. Less than Guernsey.

These figures come from the Finance Ministry’s response to an interrogation from the Left Party’s parliamentary bloc. They are based on the exchange of banking information between countries to make tax evasion more difficult. “SZ” states that the data is not complete. 17 countries or regions refused to disclose banking information for 2019. Among them is Switzerland, where the number of German taxpayers, according to data for 2018, amounted to more than 133 billion euros.

Nor is the data provided by, among others, the Isle of Man, Bermuda, San Marino and some other Caribbean tax havens. As the newspaper wrote, confidential information on the state of German taxpayers’ accounts in these countries and regions, including Switzerland, is sometimes available to members of the Bundestag, allowing for some scrutiny. The Isle of Man and San Marino did not even agree to this secret disclosure of their data.

See also  The USA and Poland are at the forefront of countries helping Ukraine. Germany ranks fourteenth

The problem is also that the US uses different rules for exchanging banking information, which are unfavorable to German authorities. The German tax office does not know how much money German taxpayers keep in US accounts, writes the “Sueddeutsche Zeitung.”

According to the newspaper, a Finance Ministry report shows that German taxpayers have a total of 222 billion euros in offshore accounts outside the European Union. The largest sum, €116.9 billion, is in Luxembourg, where for decades Germans have eagerly located their properties, sometimes to avoid taxes. This country, like Switzerland, primarily attracts a lot of legal money – writes “SZ”. Major funds and financial institutions are located in the Grand Duchy of Luxembourg.

Don't Miss it The Liverpool defender found it ‘difficult’ in Southgate’s ‘experience’ in England
Up Next Immigration from Poland is decreasing. How many immigrants are there?