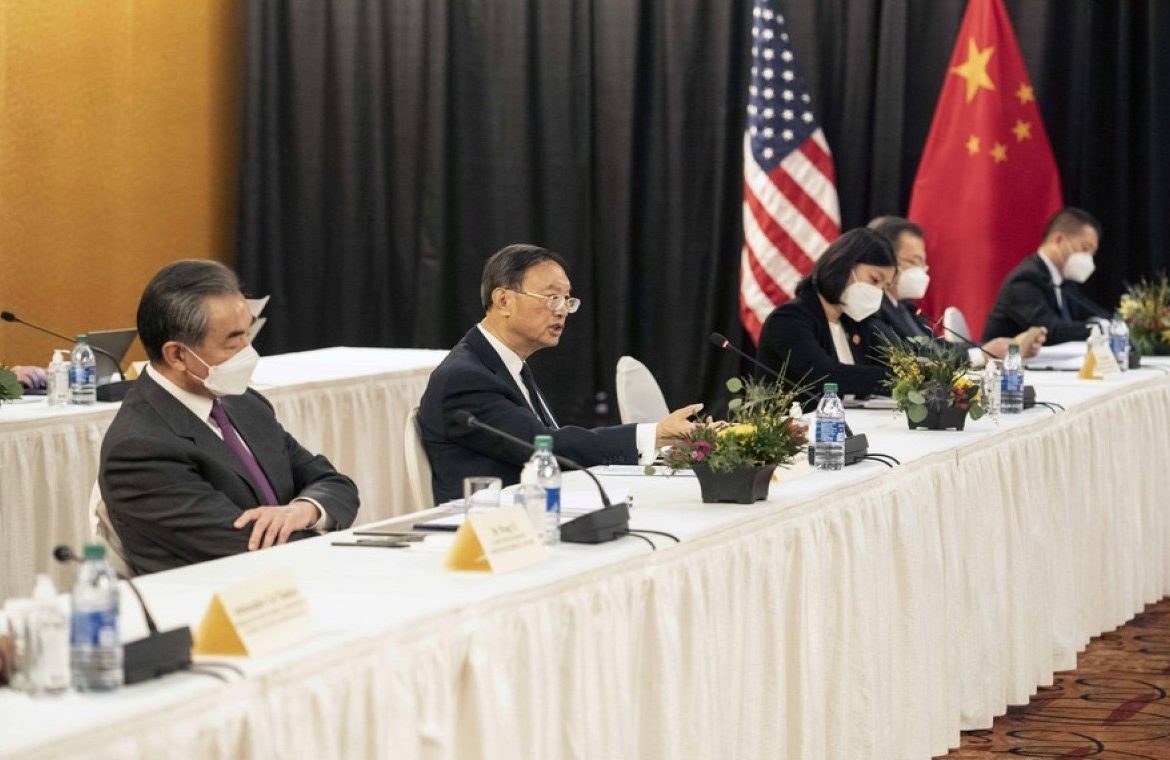 In a tense atmosphere and mutual accusations, the US-China summit began in Anchorage on Thursday. The head of US diplomacy, Anthony Blinken, accused Beijing of trying to undermine the world order. The Chinese side accused Washington of pressuring other countries.

High-ranking US and Chinese officials are meeting face to face in Alaska for the first time since the Joe Biden administration took office in Washington. Commentators expect tough conversations about controversial issues in superpower relations – trade issues, Hong Kong autonomy, human rights in Xinjiang, or the coronavirus pandemic.

US-China relations deteriorated significantly during the reign of former US President Donald Trump. Beijing called on the Biden team to restore relations, but members of the new administration indicated their intention to maintain a tough course against the People’s Republic of China.

We are not looking for a conflict, but we are ready for fierce competition and we will always defend our principles, our people and our friends.

Earlier this week, Blinken visited the two Asian allies of the United States, Japan and South Korea. In Tokyo, he declared resistance to “coercion and aggression” from Beijing, and stressed in Seoul the importance of the alliance with South Korea in light of “unprecedented challenges” associated with China and North Korea.

Accusations from the Chinese side

In an initial speech in Alaska, the chief diplomat of the Chinese Communist Party, Yang Jiechi, accused the United States of using its military and financial advantage to pressure other countries, including China. He stressed that the authorities in Beijing recognize Xinjiang, Hong Kong and Taiwan as Chinese territory.

In his speech, he called for the “Cold War mentality” to be abandoned.

We see relations with the United States as President Xi Jinping said – that there is hope in the absence of confrontation, conflict, mutual respect and mutual benefit.

The Anchorage summit is expected to last for two days. The American side announced that it would deal with human rights issues in the People’s Republic of China, stressing that the talks did not mean a “strategic dialogue.” Announcing the meeting, American newspapers wrote about the differences in the two powers’ approaches, asserting that there was little evidence that the extremely strained relations would improve.