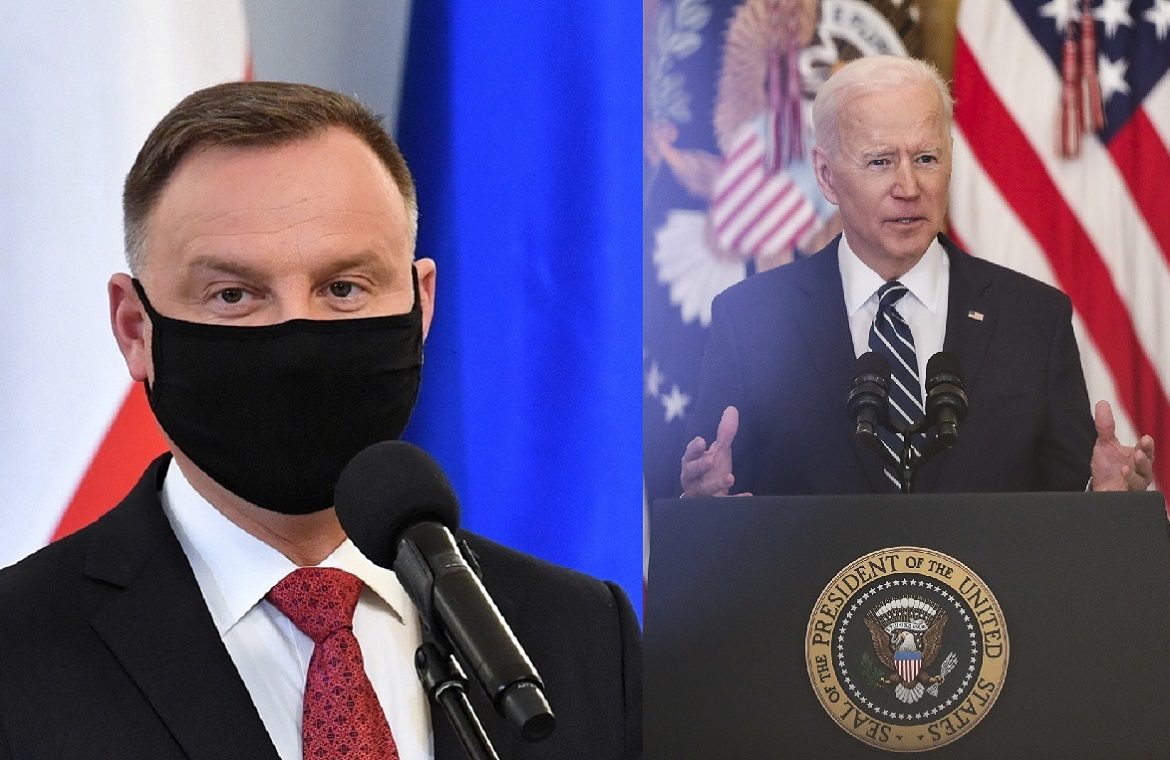 President Andrzej Duda sent a letter to US leader Joe Biden, as President of the country, who is currently chairing the work of the United Nations Security Council, in which he called for the issue of Poles in Belarus to be raised at the Council Forum, President Krzysztof Szczierski. PAP said.

– just here. Belarusian reaction? The Vice President of the Ministry of Foreign Affairs reveals behind the scenes activities in the case of repressed Poles

– our meeting. The Lukashenka regime suppresses the Poles. a. Żurawski vel Grajewski: Everything is possible, including bloody provocations

– Our most important ally did not disappoint! The US State Department responds to the repression against the Poles. ‘Absolutely unacceptable’

– The president intervenes! Will there be international propaganda for the issue of Poles detained in Belarus? Video

– Said the Minister of the Presidency of the Republic to the People’s Parliament.

The President appeals to raise the issue of democracy in Belarus, human rights and civil rights, but affirms in particular that the Polish minority has become an innocent victim of persecution in Belarus, which is directed particularly against them; Today, Poles in Belarus are dealt exclusively by the regime of Aleksandr Lukashenka

As he said, in the letter, President Duda asked President Biden to activate the capabilities offered by the Presidency of the UN Security Council to raise the issue of democracy and human rights in Belarus in the Security Council forum, including the rights of the Poles who live there.

In a message addressed on Friday to the leader of the United States, the Polish president called for the urgent issue of human rights violations in Belarus and the persecution of its civil society, including the Polish minority, in the United Nations Security Council and the US presidency in this body.

André Duda praised Biden and his administration for their commitment and interest in the human rights situation in Belarus. He also stressed that it is worrying that the situation has worsened.

Duda noted that since the presidential elections in Belarus in August 2020, the internal situation of the Belarusian community has become tense and unstable. “In the face of the Belarusian society’s use of human rights and basic democracy, the regime responded with repression,” he stressed.

The President emphasized that this also had a significant impact on the Polish national minority in Belarus. In his letter, he noted that “the leader of the Union of Poles in Belarus – an organization dedicated to the peaceful cultivation of Polish traditions – was arrested and imprisoned; Andrzej Boczobot, a well-known Polish-Belarusian journalist,” was also arrested. Moreover, as the Polish leader noted, the Belarusian authorities have detained many principals and teachers of Polish schools, including Hanna Paniszo, Maria Teskowska and Irina Bernaka.

Andrzej Duda pointed out that the Minsk regime is attacking the Polish minority for political reasons, as members of Belarusian society, associated with transatlantic democratic institutions. “They are to set an example,” the president stressed.

The Polish leader emphasized that Belarus, as a member state of the United Nations, is bound by international obligations.

„Among them is the International Covenant on Civil and Political Rights, according to which persons belonging to national minorities may not be denied the right to their culture, language or religion.

He argued that, as a participating state in the Organization for Security and Cooperation in Europe, Belarus must also respect the commitments made at this forum, including those expressed in the 1975 Helsinki Final Act, or the 1990 Paris Charter for a New Europe, Or the Copenhagen Document of 1990. As the Polish president added, all of these documents are related to the protection of national minorities.

See also  United States of America. Hearing on Poland and Hungary before Congress

Andrzej Duda indicated in the letter that the recent arrests and repression are another manifestation of a broader policy targeting not only the Polish national minority in Belarus, but also an already fragmented civil society.

As he noted, Poland believes that it is imperative that the international community take serious steps to ensure the protection of individual freedoms, democratic freedoms and human rights – including the national minorities of Belarus. The president added that history has already shown that “lack of interest and action in such cases may eventually lead to an exacerbation of the situation even more.”

„I sincerely believe that our common duty is to work, mobilize and involve the international community in addressing this urgent issue. ”

The President concluded the speech with a request to consider the issue of human rights violations in Belarus and the systematic persecution of its civil society, including the Polish minority, in the United Nations Security Council under the current US presidency.

Chziersky noted that President Duda had held a series of talks with officials of international organizations regarding the persecution of Poles in Belarus in recent days.

In the President’s view, the joint and solidarity pressure of the international community on Belarus may lead to the easing of the situation and the restoration of human rights, justice and freedom for all those who are oppressed today.

The second international organization addressed by President Duda was the Council of Europe.

She assured the President that he would take a public stand on the persecution of Poles in Belarus, and would also launch United Nations actions on the issue.

On Thursday, the president also spoke with Estonian President Kirsti Calgulaide. Estonia is a non-permanent member of the UN Security Council for the period 2020-2021.

He also noted, “If we add to this the actions of Prime Minister Matthews Murawiecki at the European Union Forum, Zbigniew Rao, Minister of Foreign Affairs at the NATO Forum, then all the most important bodies of the international community were raised about the persecution of the Poles in Belarus.”

We are giving our citizens of Belarus a clear signal that they are not alone. Today the whole world knows about their persecution. Do not happen in silence, without the attention of the world. The world is notified, the world should react, expect such a response and request such a response

On Friday, the President also met with representatives of unions affiliated with the Belarusian minority in Poland. In turn, the President met, on Thursday, at the National Security Office, the Polish ambassador to Belarus, Artur Michalsky, and the heads of the secret services.