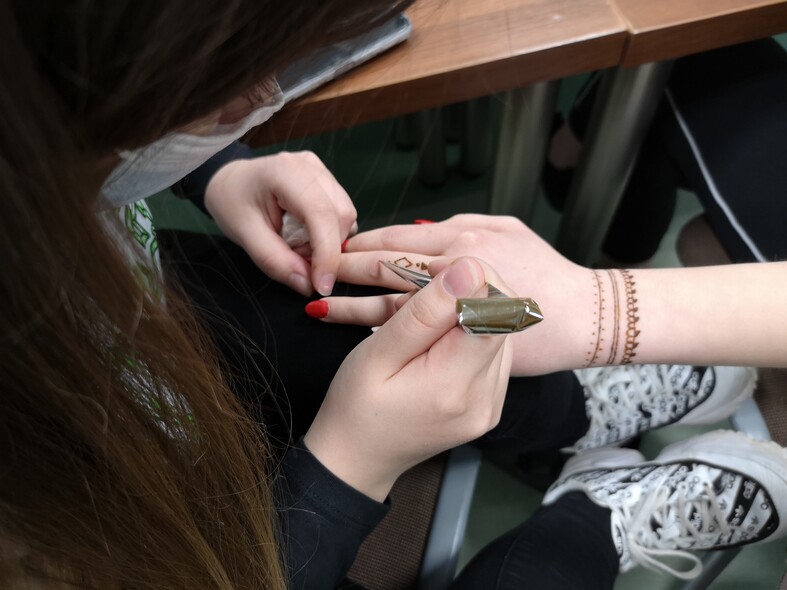 At 55 Warszawska Street, young people meet regularly to take part in workshops with the help of animators, ask for help with everyday difficulties, get to know themselves and … to be around with others. This in a nutshell. What exactly is the “FAS-cynaci – Compass for Life” project?

A place where young people can be heard

– This is a project for young people between the ages of 15 and 21 from Elbląg and Elbląg poviat. It’s to give young people a space to be themselves, to be “experts” in their lives – explains Zyta Wrzos of the Social Animators Forum, which is implementing the initiative. It is mainly about young people with different difficulties, from learning problems to the most difficult issues that young people face from educational or therapeutic centers. We are in the recruitment phase, we want to create a place for young people where they will be heard, where they can reveal their potential and where they will be able to act. It is also important to build a community, to be together – stresses Zyta Wrzos.

The initiative targets young people who are at risk of social exclusion for various reasons. One of the activities implemented within the framework of the project is the so-called “creative community”.

We follow the youth and their needs, as they themselves create individual encounters. Additionally, we also organize independence training for them or drive them to volunteer activities – says Zyta Wrzos. They themselves choose who to act. It’s kind of learning about the civic attitude, but also realizing that they have an influence on what is happening around them, a particular agency.

In addition, as part of the initiative, workshops are being held on working with body and voice. Young people will also prepare a performance with the help of a theater coach.

As part of this performance, they will be able to show what is important to them. Here it is the young people who decide, but they are not left without the help of the animators involved in the project. The project also provides ongoing support from a psychiatrist – says Zyta Wrzos. – We are in the stage of gathering the band, getting to know each other and knowing what is going on in the hearts of these young people – you confirm

See also  Science game. I love that! The Academy is available for download

All of these activities would not be possible without animation.

– I’ve been a “practitioner of mindfulness” for some time and talk constantly with people – says Jula Prokopovi with a smile. – Adrian Szymański also has a scout spirit, so when the youngster goes out on the field with him, these conversations sound different. Conversations are fundamentally a staple. The project’s name includes the slogan “Life’s Compass” and the past few weeks have given me reassurance that we ourselves, as animators, are learning more about our lives. We are saturated with school, political and medical systems on a daily basis, and here we remember that sometimes you don’t need great therapy meetings, but just be with yourself – says the animator. It is important that you meet in a friendly, sympathetic and safe group, as you will not be evaluated and criticized. After this meeting, we see each other after a week and it turns out another man has already come. We had someone who was hiding behind the camera, and then suddenly he didn’t need that “cover” anymore, he was part of the group …

Jola Prokopowicz admits that after meetings with representatives of institutions dealing with youth, it turns out that young people are very silent and isolate themselves. It’s hard to convince them to go out and meet others.

– We have encouraged you to join the initiative through workshops: lightness games, body styles, and urban survival – says the animator. – When someone comes and “smells” someone else, he often stays in the group later – he confirms. She adds that relations are established between young people who appear in the meetings, although they are not easy.

We want to make young people realize that they do not have to stick to the same groups, but that they are open to a new environment. Who will I be in the new situation, what role will I play in the new company? What can I give to others, and what will I get out of it? It’s a new perspective for them and it takes time to pursue it, she admits.

More workshops will be held in March, including henna body engraving.

It’s a kind of connection with yourself, with your body, with your own creativity, but also learning to trust, because everyone is trying something new, in a new place and with new people, says Jola Prokopowicz.

And she adds that young people are not lacking in passion, and sometimes they just need support

We have people in the group who are fascinated by photography. They admit that they have trouble working with someone else, because they don’t know how to arrange a model photo. The other side is also embarrassed that they do not know what to expect the photographer. However, they have no problem locating them to take or snapping a picture, but rather in communicating with each other. Such simple letters, being real, talking directly, what is easiest for me and what brings difficulties, we do not learn in school …

However, you must be prepared to work and meet young people.

– We, as lecturers, also have therapeutic support, participated in the exercises – says Jola Prokopowicz. We have already learned that behind our behavior are generations of models that we have seen. Example? Until I realize these mechanisms, I wouldn’t understand that I interacted with men this way, because the men around me were aggressive. This can lead to an aggressive reaction when someone in the group upsets me. I will approach it completely differently when I realize my reactions. Then I would sniff and would be able to speak to such a person peacefully – the animator explains.

There will be many difficult topics and challenges.

These things come out when someone feels safe. We are ready for this, because by chance such mechanisms can also be activated in us animators. After all, we are only human.

“I feel at home here”

What is the purpose of life compass? After this project, we would like the young people not to have to explain who they are and where they came from, but that they know they have such a blank white paper. There will always be difficulties, but it is important that they never define themselves as losers – says Jula Prokopovi.. Each of us is unique, and each of them may find this uniqueness in himself. The goal is for them to have their life’s compass during these many months, to see what they are powerful in. And even when fate kills them and they feel bad, they will still have the support of their group. They will not need us anymore because they will have their own community. Not just “institutional”, but just like that, just like the young people around them. Who knows, if there was a photography group here, they wouldn’t come up with something of their own, even a commercial set, in a few years?

How can new people join Compass …? – Tuesday is like this day, from 4 pm until 7 pm, when there is a place open here, you can come to us and talk to us, and listen to us, without passing judgment. We invite you to 55 Warszawska Street, as the project executors. – This is the best way to get to know us, we are available too on Facebook And by phone (Jola 592054834, Adrian 512571043). Participation in the project is free of charge, it is funded by a grant provided by Active Citizens – a National Fund program funded by funds from the European Economic Area. All will run until April 2022 – they confirm.

What do young people who have already joined the initiative say about the “compass of life”?

– There is a nice atmosphere here. End and Period – says Dominica.

– You can meet new people here. It’s hard to do in the city. Because how? I have to go up and say: “Hey, I’m Zozia” – adds another participant.

– I’m going back here because I already know more or less what the people here are like. I feel safe here. I know I am not going to be judged here and I can say what I think. We are not with school animators. And that makes it easier for me – Karina admits.

I feel at home here, in this place, and in this group of people. I’m just the kind of person who quickly realizes relationships with others – Krzyzick confirms.

Don't Miss it MiG-29 versus Volkswagen Touran. The drunk captain ran a car in a Ukrainian plane
Up Next Prince William and Prince Harry will participate in a unique event! Thanks to this, will their relationship improve?