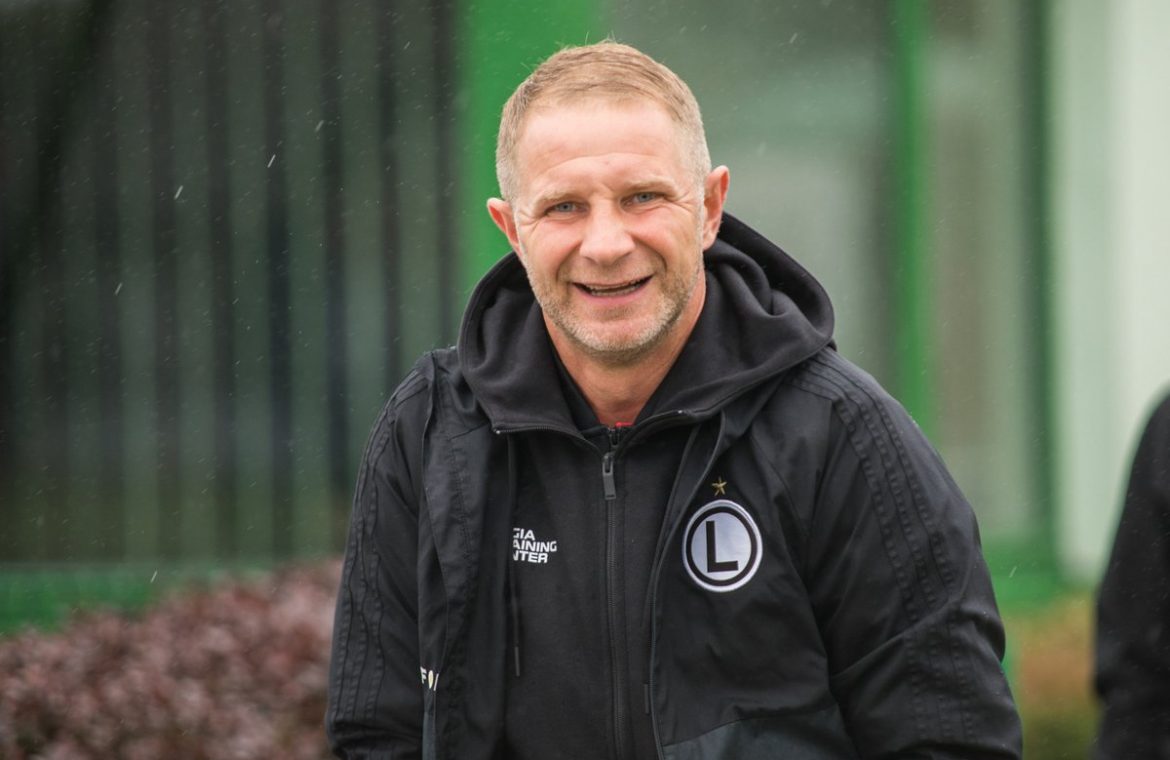 – We are very happy with the preparatory period. We did not avoid some disturbances, but this was because we sustained injuries. This is the only downside. You know it’s happening, but we’ve had a little more injuries than in the previous round. I hope this is a result of the fact that we spent a lot of time on the artificial turf. When it comes to training – we did what we planned. We wanted to compete in sparring with the demanding opponents. We wanted to create a difficult environment and highlight the flaws that we needed to work on. He was one hundred percent successful. We were able to dictate our playing style, build attacks, and create situations. There are also shortcomings – we know what to keep working on.

What are these disadvantages?

– Play under pressure, rapid decision-making, and ego losses – these elements of the game are what force good teams. Sparring with GKS Jastrzębie, Radomiak, Pogoń Grodzisk Mazowiecki and Legia First Team, I give an answer about where we are and how we present ourselves in the upcoming matches. In these matches the pace was high and we were able to adapt. At the end of the preparations, we planned a friendly match with Ursus Warsaw, running from the table. It was much easier after that. It was evident to the naked eye that the boys felt comfortable, and were able to properly use time and space on the playing field, which translated into situations. This is what we meant.

Where have you made the most progress in the past few weeks?

Maintaining the ball as a technical aspect and the formation structure of the team as a tactical aspect. These two elements are very important to us as an employee and team – after group and individual analyzes, it looked promising. Hope you benefit the league. We are also working on two components that are not yet fully functional. Moving behind the back line and playing with the ball, the timing of reaching the position – the symptoms are obvious. We’ll see how we can translate it into a league match with KS Kutno. We know very well that the second team is an ongoing construction site. What we have been working on with Szymek Włodarczyk, Kacper Skibicki and Kuba Kisiel is now in the past … Now is the time for Kamiński, Skwierczyński, Niedźwiedzki and Barnowski. This is how the work on reserves for clubs playing in the league looks like – the flow of players is seamless. Our most important task is to develop and prepare players to play in the first team.

I was in Legia 1st team camp in Dubai. After you got back from boot camp, did you implement some new things in back up training?

– You saw what Coach Mitchiniich focused on. We talked a lot about it until we think in a similar way. We are working on the movement without the ball to free up space. Players are more sensitive to this. After the season resumed – the tactics of the first team changed somewhat. Coach Michniewicz changed the position of the team, and accordingly – there are different tasks for individual players. We stayed with what we were playing so far. We will improve certain patterns so that players who leave “number one”, also in reserves, can improve these items. And vice versa – so that the reserve players understand behavior on the field in a similar way to first-team players.

The past six months have been for you …

– … sometimes to build certain behaviors and mechanisms in a team game. At the end of the fall tour it was clear what we wanted to play. It is an ongoing process, players need time to adapt and, above all, to understand. Some players have gone higher, and new players have come from under the age of 18. As I said, we’ve seen tangible results in the form of a solid game, but some elements need to be implemented and built from scratch. Some automatics were working. The first team will play on Saturday – we’ll see if some of the players who won’t play for Warta Poznan can support us. Perhaps they will be players who played on our team (six of the “number one” players were in the squad for Sunday’s match: Casper Tobias, Matthews Chollewick, Jacob Kessel, Nazarij Roussin, Simon Vodarchic and Kasper Skibeki – Editor).

The biggest winners of the winter prep period?

We keep telling players that they are working for themselves in the first place. We are satisfied with the work we did as a team. I don’t like identifying individual players in the forum … I’ll answer a little differently: Damian Warshaw and Patrick Berzak give the team something the team needs to do as we’d like. Patrick came to us from under 18 and practically from the start of preparations he’s been doing well in all sparring matches.

Aside from Berzac, other players from the Central Junior League have been added to the reserves: Viktor Kamensky and Kasper Squirechensky. Do they have a chance to play in the third league regularly?

Wiktor and Caker got used to the team well but suffered injuries during the preparations. They return to the game and are fully functional. Wiktor gets on well with the team, scoring two goals in two of their harder matches. It looks good in training and matches. We want the two of them to be with us and in the near future to form the strength of the team – all in the legs and heads of the players. Wiktor and Kacper can also support the team from the U-18 Central League, ensuring appropriate development potential. 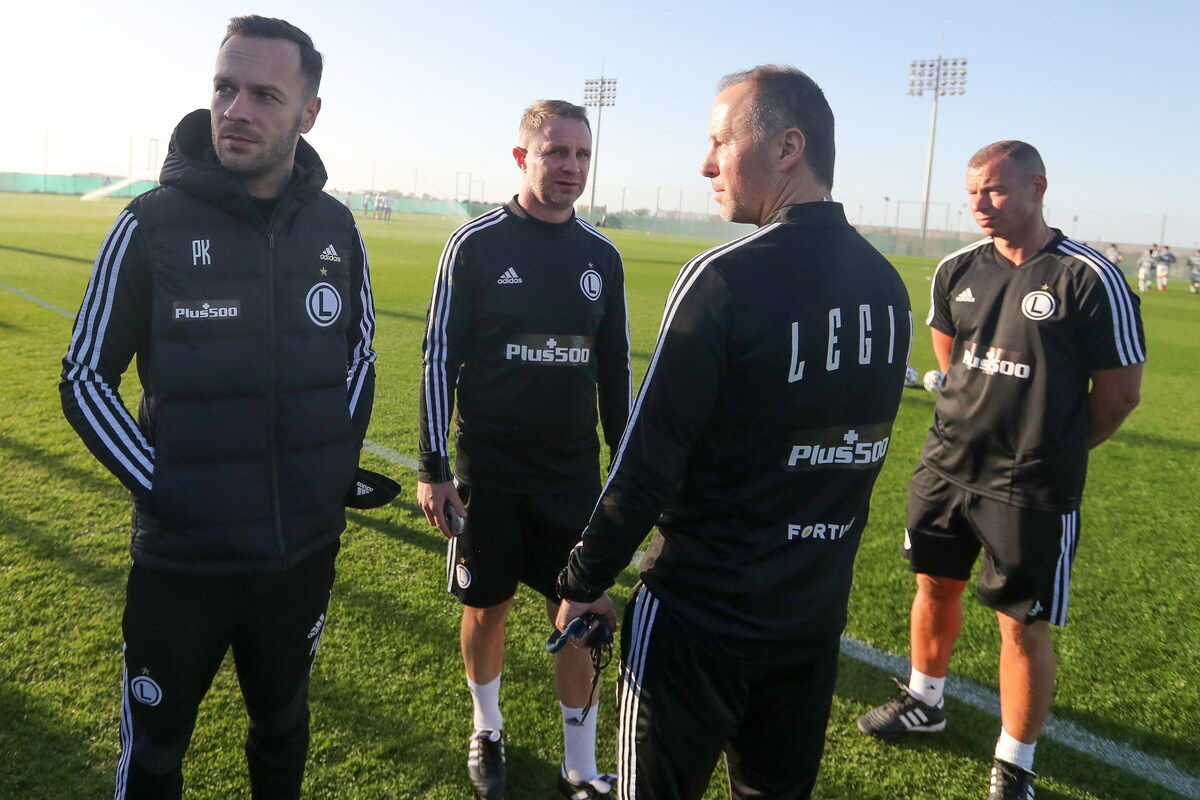 I would like to ask about other players. Dawid Niedźwiedzki joined Legia II at the start of the winter preparatory period. Lionnel Negou was with you in the summer but only played one match on the Fall Tour.

– One player from outside the European Union can play on our team. The team includes only such players: Jehor Macenko and Lionnel Negou. We have to run it somehow, thinking how to properly operate it. Lionel is an exemplary winger, he’s fast, he can win a duel in attack. We’re counting on him, he did himself really well, especially sparring with GKS Jastrzębie, he played equally well. There will be an interesting competition for this place in the team.

As for David Nidovedzky – I don’t want to judge him so quickly. Dawid is a new player, let’s give him time to display his qualities calmly. He integrates well with the team, subtly absorbing knowledge, but he still needs some time to catch the tactical elements. She is entering a new environment. I am glad that he has already managed to show his good side, he scored three goals with the Under-18 team. He has potential, plays at a decent level, is in good shape. The competition is tough, we have five wings. He has to show a lot of patience and train hard.

Are you setting your goals for the second half of the season?

– We have two goals. Long-range – harmonious development of the single-player players. Short term – focus on every subsequent meeting. A game for victory.

Don't Miss it “Recovery is more than just returning an object.”
Up Next The Royal Castle in Warsaw prepares for the Jubilee movie