Mishaw Baranowski, head of the German Marshall Fund office in Warsaw, said during the European Economic Conference: – The center of gravity in US policy is shifting towards Asia as we learn this lesson.

On September 15, the United States, Australia, and the United Kingdom announced a strategic agreement, known as AUKUS, primarily related to joint armaments and enhanced defense cooperation. It is about China’s growing military power in the Pacific region and its opposition. None of the EU countries, like the whole group, knew anything about this agreement, and the interests of the EU countries were not taken into account in it at all.

– Many people in Europe see this situation as a real danger to depriving Europe of strategic importance. Cards are dealt without Europe. This is a very important warning for Europe, said Janusz Reiter, Chairman of the Council of the Center for International Relations, and a former Polish ambassador to Germany and the United States.

Moreover, AUKUS was concluded not only by ignoring the interests of the EU countries, but also by blatantly violating them. Marking the conclusion of the agreement, Australia announced that the mega contract signed in 2016 worth 66 billion dollars for the construction of 12 submarines by the DCNS shipyard has ended with France.

Bartomig Nowak, a professor of political science at the Vistula Academy, said the United States has committed a lot in its policy towards the Pacific countries and is now trying to get out of it quickly. US President Donald Trump withdrew from the Trans-Pacific Partnership (TPP). China stepped in and signed a regional trade agreement with 14 other Asian countries earlier this year. It’s a trade agreement that covers the world’s largest region by GDP, plus more than 2 billion people, or about 30%. world population. It has weakened the position of the United States in this region.

If the Pacific becomes a major region of the USA and, in addition, America wants to deal the cards there regardless of the interests of, for example, France, and perhaps other EU countries, what will be the relationship between the USA and the EU? In addition, after studying Donald Trump, when the relationship became very bad, after the former US president killed the TTIP negotiations, the Transatlantic Trade and Investment Partnership, and then threatened the EU countries with “trade wars”. Since then, little has changed, because there are only more and more areas of contention, such as the disclosure of data of European citizens to US intelligence services by tech giants, whose services we use every day. 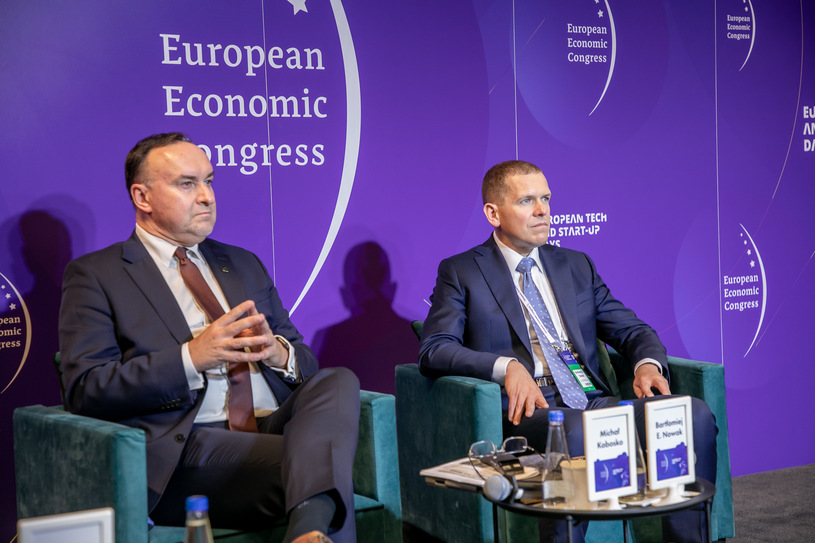 – We have a permanent crisis in the relations between the European Union and the United States – Mikhail Kubusko, head of the Poland 2050 party, told Szymon Hołownia.

Bartomij Nowak believes that a return to TTIP would be the best response to both the crisis in EU-US relations and the geopolitical challenge posed by China. But he adds that he doubts whether this is possible in the face of new areas of contention, such as data access in the cloud or data flows to the United States.

“That would be the best transatlantic response to China,” he said.

I think we won’t be going back in the near future to such broad trade agreements as TTIP,” said Tony Hoch, president of the American Chamber of Commerce in Poland (AmCham).

– These are very difficult problems and it is preferable to partially solve them – he added.

What does the cooling of relations between the European Union and the United States mean for Poland? Poland may disappear from America’s sights as an important partner, members of Congress have warned.

We found ourselves in a very difficult situation. Until we solve our problems in Europe, it is difficult to say that we will be important to the United States. The red line we crossed is not only related to problems of the rule of law, but Poland is no longer a country that is seen as such, where human rights are respected (…) It will take years to solve this – said Bartomiej Nowak.

Under Donald Trump, the United States politically supported the “Three Seas” initiative, adding $1 billion to the Three Seas Fund. They saw these initiatives as a tool for the possible disintegration of the European Union, which at the time was one of the options in Washington’s foreign policy. Does this mean the Three Seas Initiative will be a thing of the past?

Michał Kobosko believes that if “Three Seas” is “removed” from ideology and focused on a rational project to better connect Central and Eastern European countries with different types of infrastructure, it could become an attractive task for the participation of American investors. Mikai Baranovsky believes that the United States may want to define this initiative as a counterweight to China’s involvement in Central and Eastern Europe.

Failure to reach agreement with the Czech Republic on the Turów issue could cost Poland 20 billion PLN by 2044. The mine will not be closed
Business Newseria

See also  Best strategy board games for adults up to 150 PLN
Don't Miss it Orange Flex offers free gigabytes of space to recommend an offer
Up Next Carles Puigdemont, the former Catalan prime minister, is being held in Sardinia. The court will decide on the extradition | world News