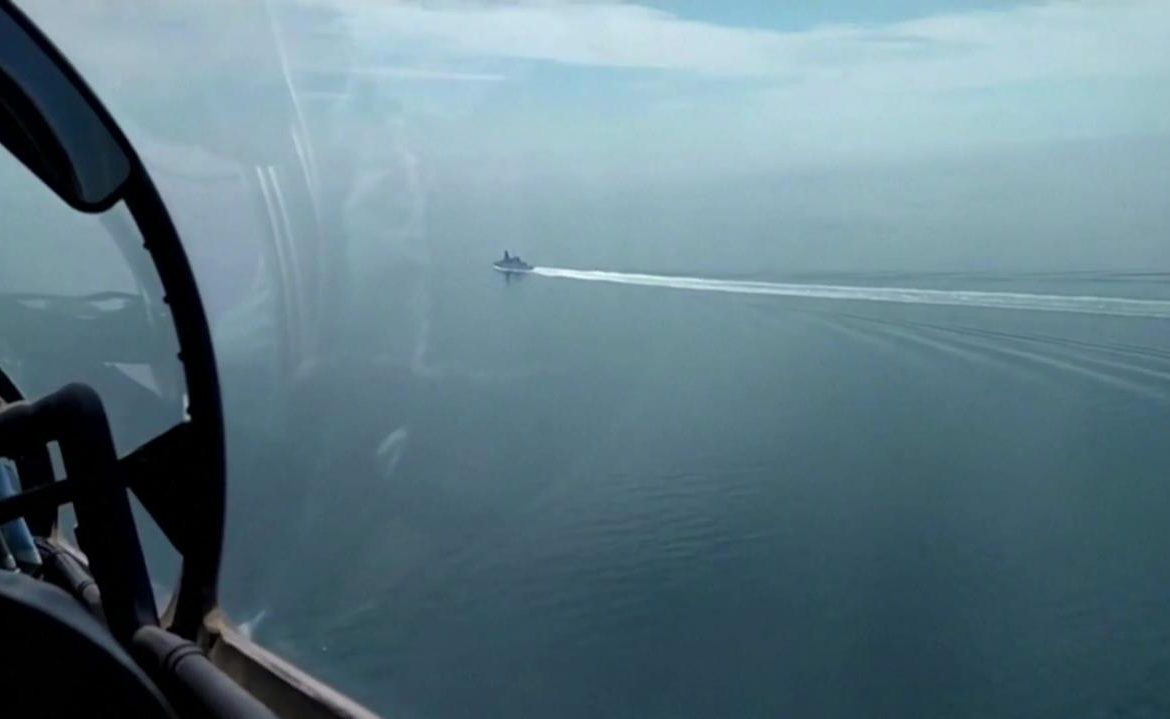 A BBC News correspondent on board the destroyer reported that more than two dozen Russian planes and two coast guard ships were following the British ship HMS Defender as it passed near Crimea on Wednesday.

The Russian Defense Ministry said on Wednesday that Russian patrol ships fired warning shots at HMS DefenderThe plane dropped bombs in its vicinity because it was supposed to hit the territorial waters of that country. British Ministry of Defense Later denied this informationHe explained that there were no warning shots.

The British government asserted that the waters around the Crimea were not Russian, but Ukrainian, because the annexation of the peninsula was not recognized by the international community.

BBC reporter: HMS Defender has been harassed by the Russian army

The BBC’s Jonathan Beale on the ship said the ship had been harassed by the Russian military. As Jonathan Bell describes, at least 20 aircraft flew over the HMS Defender and two Coast Guard ships followed, sometimes even 100 meters away.

The journalist describes that when HMS Defender was approaching the southern tip of the Russian-occupied Crimea, its crew was already at their stations and the weapons systems on board were already loaded. HMS Defender intended to sail through the territorial waters of Crimea, and the captain assured that it was only a matter of safe passage through an internationally recognized shipping route.

“The two Russian coast guard ships that were tracking the battleship of the Royal Navy tried to force it to change course. On one occasion, one of them approached from a distance of about 100 meters” – the journalist reported. He added that increasingly hostile warnings were being sent to the British ship over the radio, including a warning that said: “If you don’t change course, I’ll shoot.” As he reported, the sound of some gunshots was heard from afar, but apparently, it was far away.

According to reports, while HMS Defender was crossing the freight lane, Russian planes flew overhead. The ship’s captain, Vincent Owen, said that more than 20 Russian vehicles had been registered.

The eighth defender in the history of the Royal Navy

HMS Defender is a Type 45 destroyer and is part of a strike group, the main component of which is the aircraft carrier HMS Queen Elizabeth. In early June, it was reported that he temporarily left it for other missions in the Black Sea.

She entered service in the British Navy in 2013. This is the eighth ship in the history of the Royal Navy called the Defender.

On Tuesday, it departed from the port of Odessa, Ukraine. As reported, during the visit, the UK and Ukraine signed an agreement on the joint construction of warships and the construction of two naval bases.

See also  Russia. The bridge collapsed under a passing truck. Cannot find the car [WIDEO] | world News
Don't Miss it Who can be released from quarantine upon arrival in Poland? new recipes
Up Next Anna Czartoriska-Nimchica remembers her deceased father on Father’s Day