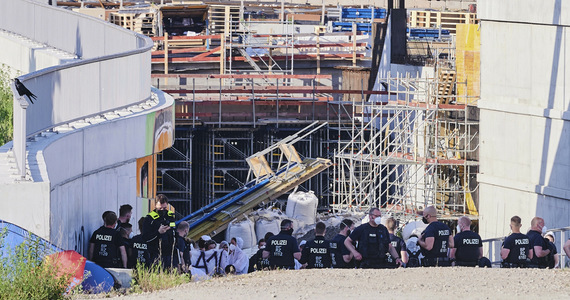 On Saturday, 13 journalists were arrested while covering a protest by environmentalists against the construction of a motorway in the German capital.

About 300 people participated in the demonstration.
/News agency /oriental news

Jörg Reichelt, head of the DGU journalists’ union in Berlin and Brandenburg, accused the police of preventing reporters from doing their work. Richelt was one of the detained journalists facing charges of unlawful trespassing on a construction site.

Environmental organizations say the construction of new highways in Berlin and other parts of Germany is undermining efforts to reduce greenhouse gas emissions. Environmentalists believe that billions of euros spent on roads could be spent on climate-friendly transport infrastructure, such as railways.

See also  New Florida Law. There will be penalties for banning accounts!
Don't Miss it Vladimir Putin on the United States: They are following the path of the Soviet Union | world News
Up Next Borderlands – Other character profiles from the movie have been introduced