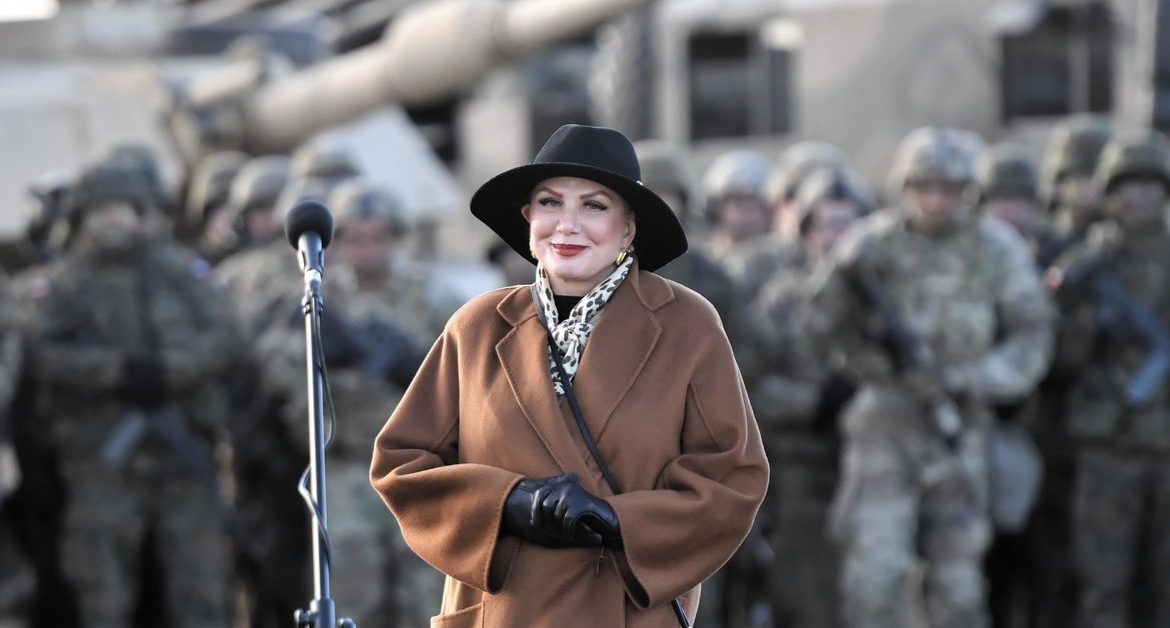 Mosbacher It will increase efforts, as stated in the statement issued by the Atlantic Council, to invest in Central Europe and the Baltic states (Lithuania, Latvia and Estonia). The goal of these activities is to increase US involvement in this area. The second president of the Council of the Three Seas was General James L. Jones Jr.

Mossbacher, bye bye to Poland after the end of the mission as ambassador to the United States, emphasized the essence of supporting the Three Seas and Military Affairs initiative – strengthening the eastern flank of NATO, and establishing forward command of the Fifth Corps of the US Army stationed in Poznan.

The Three Seas Initiative is an international economic and political initiative involving the 12 countries of the European Union – including Poland. Besides Poland, it includes: Austria, Bulgaria, Croatia, the Czech Republic, Estonia, Lithuania, Latvia, Romania, Slovakia, Slovenia and Hungary.

Georgette Mossbacher assumed the position of US ambassador to Poland in August 2018, and was nominated for the position by then-President Donald Trump.

On January 19, Mosbacher – in a video posted to social media – said goodbye on the eve of the end of her mission in Warsaw.. She emphasized that this farewell was difficult for her, expressing her pride in what has been achieved in Polish-American relations during her tenure:

“I am proud of what we have been able to achieve in Polish-American relations during my tenure, which ends tomorrow. Poland and the Poles have a special place in my heart and it is very difficult for me to say goodbye. See you!” – the ambassador wrote on Twitter on Tuesday.

See also  Putin News: Speculation heightens as an analyst claims that the Russian leader has a "cancer problem" | The world | News

In the recording attached to the entry, she summarized her tenure as ambassador. She stated that “one of the most cherished moments in her life is the day when President Trump asked her to take over the position of the United States’ ambassador to Poland.” – It has been more than two years and I am proud of our common achievements in strengthening relations between Poland and the United States – I confirmed.

– Every minute in Poland was a real pleasure for me, and I sincerely love the Poles. She welcomed me with open arms. Mossbacher said: I am honored to be able to represent the United States in your wonderful country. She added that her residency in Poland, unfortunately, has ended, and on January 20, in keeping with many traditions, she will resign from her position.

She said that during her time in Poland, we made many achievements “thanks to the wonderful work of her team at the embassy”. In this context, she indicated that during her tenure, Poland joined the US visa waiver system. According to Mosbacher, this is a historic landmark that will contribute to strengthening personal relationships over the coming decades.

Mosbacher said these achievements will last long after she leaves Warsaw.

In the personal part of her speech, she assured her that she would always miss the time spent in Poland in her heart. – But I won’t leave forever. I’ll be back, because my connection and love for Poland won’t fade away, so I intend to visit Poland – Mosbacher said. – God bless Poland, God bless the United States of America – said the outgoing ambassador.

See also  “Parent 1” and “Parent 2” instead of mother and father. "This is madness"

In the recording, Mussbacher’s speech includes pictures from the time of her mission in Poland and meetings with the most important politicians, or important moments for both countries, such as the signing of a defense cooperation agreement with the United States of America.

Don't Miss it Store updates in League of Legends. What are the game changes in Patch 11.4?
Up Next The key is the color game and the Blumetrie cd experience