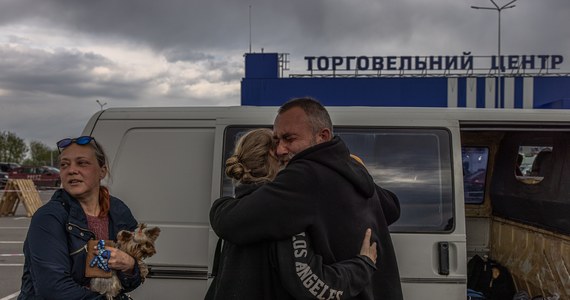 The Ukrainian authorities reported that today some of the evacuees from Mariupol, besieged by the Russian army, arrived in Zaporozhye. A column of private transport has arrived in this city, and 3 out of 14 evacuation buses have arrived in the areas under the control of the Ukrainian forces. In turn, the UN coordinator in Ukraine, Osnat Lubrani, said that 101 people were evacuated from the Azovstal Metallurgical Plant.

Column with residents of Mariupol and the endangered cities of Zaporizhia Oblast, evacuees by private cars, is already in Zaporizhia – Oleksiy Savitsky, representative of the Zaporozhye City Council, told the Suspilne portal.

Meanwhile, the mayor of Mariupol, Vadim Boychenko, announced on television that only 3 out of 14 evacuation buses from Mariupol had reached areas controlled by Ukrainian forces, and The fate of those on the other buses is unknown.

Residents of #Mariupol and #Zaporizhzhia arrived in Zaporizhzhia and were evacuated by special vehicles. A column of evacuees from Azovstal has not yet arrived. #SaveMariupol #UkraineUnderAttack pic.twitter.com/ATejQjxLEr
– Breaking news ���� (@suspilne_news)
May 3, 2022

Somewhere lost 11 buses that were supposed to go towards Zaporozhye to the controlled areas (Ukrainian forces – editorial note) of our country, but they were lost. The evacuees (evacuees) are lost in the filter centers. Unfortunately they (ie Russian Soldiers – Editor’s Note ed.) They took and robbed our citizens – Boychenko said.

He added that in Mariupol and around the city, the Russians established four centers where they “liquidated” Ukrainians leaving for Kyiv-controlled areas. Residents have been waiting a month or more for this nomination. If you are somehow connected to the state or city authorities, you will receive two or two weeks in jail – I don’t know how they define that. Whoever passed through these prisons and this torture is witnessing The mayor announced.

An arrival of 2,000 people was also expected, Boychenko said. Residents of Mariupol from occupied Berdyansk, where they got there on their own. But they have been waiting for evacuation for two weeks because the occupiers have made it difficult. Now the column is heading towards Zaporizhia, the evacuation continues. However, we expect that to happen announced.

According to him, there are more than 100,000 jobs left in Mariupol. its inhabitants At least 200 civilians at the Azovstal Metallurgical Plant.

Earlier, the BBC reported that the column housing evacuees from besieged Mariupol from Russia, including about 100 women and children taken from Azovstal plants, is slowly moving towards Ukraine-controlled Zaporizhia and may be there in a few hours.

To reach the evacuation center in Zaporozhye, buses have to travel hundreds of kilometers through the territory controlled by Russian-backed separatists. – It’s called BBC.

101 people were evacuated from the Azovstal metallurgical plant in Mariupol, besieged by Russian forces, in southern Ukraine – The United Nations Coordinator for Ukraine Osnat Lubrani informed in a press release sent to the media.

Thanks to this operation, 101 women, men, children and the elderly were finally able to leave the bunkers at the Azovstal factories and see the light of day after two months Lubrani announced.

The International Committee of the Red Cross, which was also involved in the process of ensuring the safe passage of the evacuees, said in its special statement that about 100 people from the Azovstal region have arrived in Zaporozhye today and There are wounded among them.

Today, Russian forces launched an attack on the Azovstal factory, which is the last center of the Ukrainian resistance in Mariupol on the Sea of ​​Azov. – Okranska Pravda informed the gate, referring to the deputy commander of the Azov regiment, Svyatoslav Bakamar.

All night they bombed us with aerial bombs, two civilians were killed, and now the attack on Azovstal is underway. Palamar announced.

as he said The Russian army is trying to storm the factory area.

We know the president is aware of the situation in Mariupol and has his finger on the pulse. This is why we expect decisive action from him, because The situation is very difficult – added.

The Azov Regiment of the Ukrainian National Guard and the 36th Independent Marine Brigade defend themselves at the Azovstal plants.