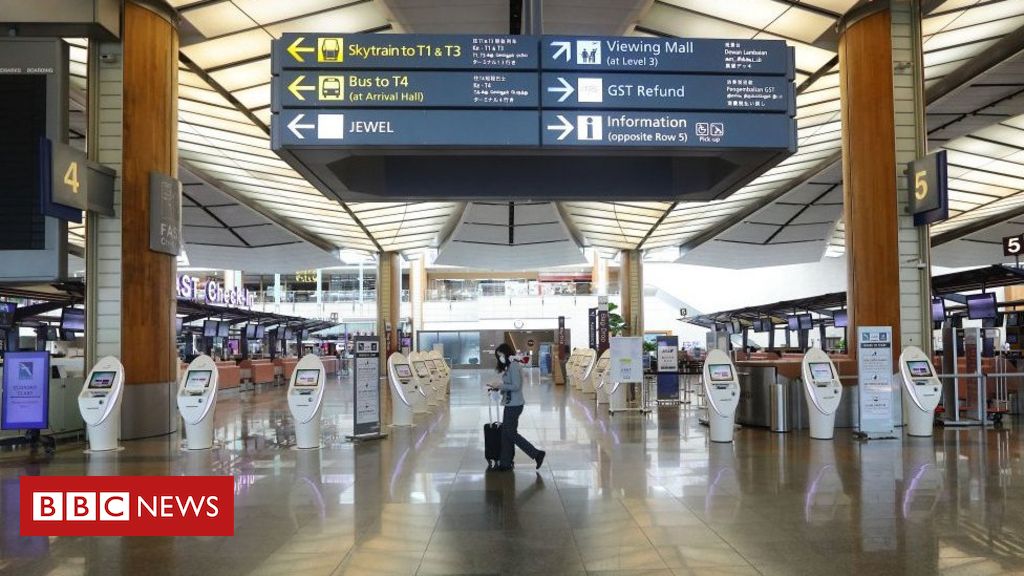 Singapore’s Changi Airport has warned of an “apocalyptic period” ahead as the impact of the COVID-19 pandemic shows no signs of abating.

The Asian Transit Center is regularly voted the best airport in the world with between 60 meters to 70 meters passengers.

Changi halted operations at two stops as flights fell to the lowest levels in their history.

It also halted construction of the fifth station for at least two years.

“The battle with Covid-19 has just begun,” the Changi Airport Group said in its annual report. “The future looks horrific with no signs of backing down.”

The company’s annual results cover the period until the end of March 2020. This misses a large part of the sharp drop in the number of passengers since the outbreak of the epidemic in January. Singapore banned entry and transit for visitors for short periods of time on March 23.

For 2020, Changi Airport has been voted the best airport in the world for the eighth year in a row, according to the UK’s Skytrax analyst rankings.

A jewel in the crown

Changi Airport Group added: “A jewel is a new symbol for Singapore and it has redefined what it means to be an airport.”

But the group still paints a bleak picture for the International Travel Center and says the recovery “depends largely on how countries around the world manage border controls, ease air travel requirements and develop workable medical treatments for the virus.”

Last week, US airlines began laying off thousands of workers after efforts to negotiate a new economic relief plan faltered in Congress.

And this month, the aviation trade authority, the International Air Transport Association (IATA), lowered its traffic forecast for 2020, after a “bleak end to the summer travel season”.

The International Air Transport Association estimates that it will be at least 2024 before air traffic reaches pre-pandemic levels.