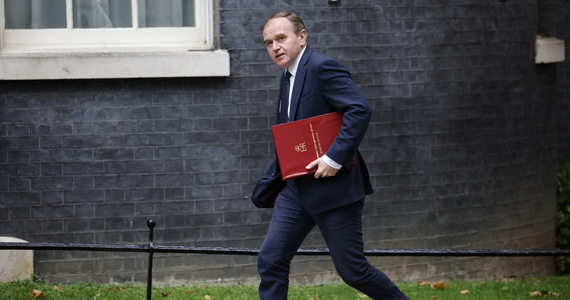 George Eustice said in an interview with Sky News that the United Kingdom, after Britain’s exit from the European Union, issued fishing licenses in its waters to 1,700 fishing boats from European Union countries, including 750 French, or 98 percent. Submitted requests. As he explained, the owners of the remaining 55 cutters could not prove that they had fished in Jersey waters before, so they were unable to obtain a license under the EU’s Trade and Cooperation Agreement.

After denying a license to these 55 French boats, the government in Paris warned on Wednesday that if the dispute was not resolved by November 2, some French ports could close to British cutters, tighten controls on British boats and trucks, and strengthen customs and health controls. And the French authorities announced, on Thursday morning, less than a day after the warning, that a British fishing vessel had been detained and another fined. According to the French authorities, the detained vessel did not have a fishing license, which its owner vehemently denies.

Noting that the issue of the row over fishing rights could be addressed on the occasion of the COP26 climate conference starting Sunday in Glasgow, Prime Minister Boris Johnson and French President Emmanuel Macron, but added that French comments were now “completely disproportionate”.

The things that indicate that they will start blocking the borders, closing the ports – is a clear breach of not only our Trade and Cooperation Agreement, but also EU law. The Minister of Environment said that we ask France to try to calm it down and remove these threats, they are unacceptable.

Moments after Eustis spoke with Sky News, the public prosecutor in the French port city of Le Havre announced that the captain of the detained fishing vessel would be summoned to appear in court in August next year.

And Foreign Minister Liz Truss announced, Thursday, that she had instructed Deputy Wendy Morton to summon the French ambassador in London on Friday due to the detention of the British fishing vessel and French threats to take further action.

See also  Josef Kellenberger: Poland's critics are hypocrites
Don't Miss it Joe Biden in Europe. US President’s visit to Rome
Up Next Cyberpunk 2077 with no other updates and free additional content this year