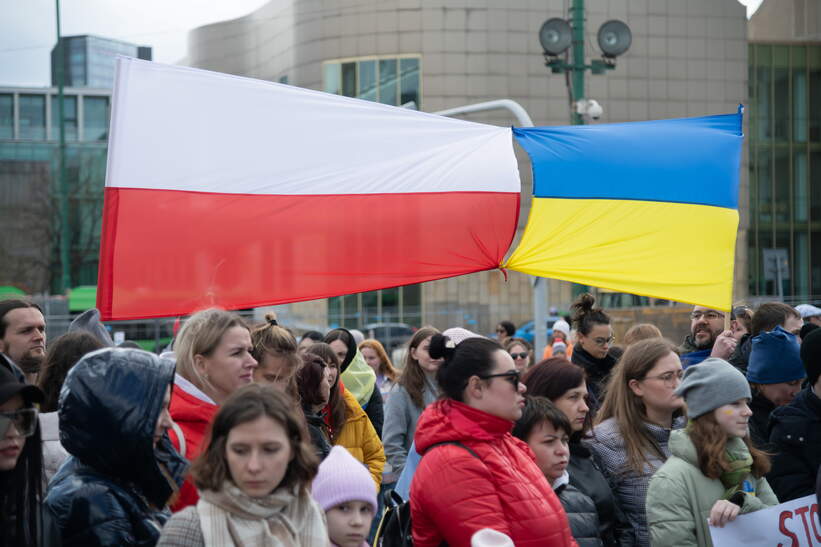 Chancellor Olaf Scholz stressed that Ukraine “can count” on Germany’s help in fighting Putin’s aggression. Between January 24 and May 10, the federal government promised Ukraine €2.35 billion in aid, which puts Germany fourth after the USA, Poland and Great Britain, in absolute numbers.

The Ukraine Support Tracker Poll records military, financial and humanitarian aid from 31 countries, including the European Union and the Group of Seven. This aid can include medical supplies, food, weapons, and military equipment.

“Comparing the size of the GDP, it can be seen that much smaller countries are making more efforts than Germany to help Ukraine,” Bild asserts. These countries include Estonia (spent 0.8% of its GDP on aid to Ukraine), Latvia (0.72% of GDP) and Ukraine’s immediate neighbor – Poland, which provided aid worth 0.45% of its GDP. private GDP. The United States – the world’s largest economy (0.22 percent) ranked fourth.

Germany came only 14th here, ranking between Luxembourg and Sweden. “As the fourth largest economy in the world, Germany has allocated 0.06 percent of its GDP to help Ukraine,” Bild notes.

See also  Poland and Spain signed an agreement in the CPK

“The US government is prepared to organize very large funds to support Ukraine. These numbers show how much European stability means to Americans,” comments Christoph Trebisch, IfW Research Director, Ukraine Support Tracker. “But unfortunately, EU countries have been acting much slower for weeks now, not only in terms of arms supplies, but also financial and humanitarian support.”

As Trebisch notes, looking at the perspective of absolute values, Germany is one of the biggest supporters of Ukraine in the European Union, but compared to its economic strength, aid to Ukraine is small. “Germany can do a lot when it comes to humanitarian and financial aid,” he asserts.

Don't Miss it France turns its back on Polanski. “They didn’t want to invest a single euro.”
Up Next The diplomatic chiefs of the United States and France discussed assistance to Finland and Sweden in connection with their accession to NATO