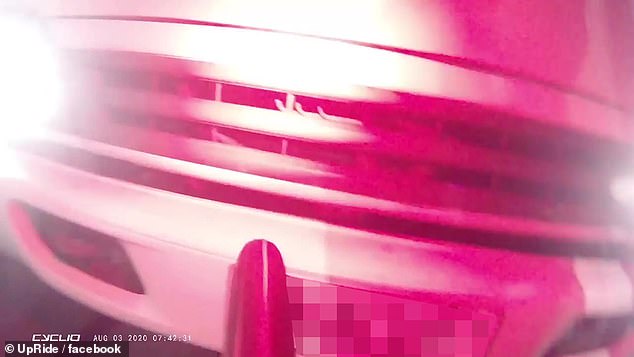 Shock of the moment a truck hits a cyclist after he beeps and crashes into a rider refusing to go to the bike lane – so who do you think is wrong?

An angry truck driver, who sped a cyclist and put his bike off his bike after refusing to move to another lane, sparked a debate about the rules of the road.

Shocking footage shows the truck driving incredibly close to a cyclist and whistling them off the road in Christchurch, New Zealand on August 3.

The cyclist continues along the road at 30 km / h as the truck driver starts to sound his horn in an attempt to frighten the passenger.

They continue to ride along the road as the driver makes a loud noise until they turn off the road.

But at some point, the two passed through a parallel lane that the car or truck could take to allow the other to pass, which also did not happen, and the cyclist never tried to enter their designated lane.

After countless attempts to get the cyclist moving, the truck speeds up again from behind and hits the bike’s wheel multiple times.

The rider appears to be riding a little faster to get away from the opposing driver but the truck speeds up and hits the wheel again.

Suddenly, the truck driver got tired of enough and got on the cyclists wheel, hit it and knocked the passenger to the ground.

Angry social media users criticized the truck driver for neglect and called on him to lose his license.

There is a clear lane beside it, why can’t the truck driver change lanes? I hope he loses his license for at least half a year, ”one wrote.

This is a disgusting way to treat a poor road user. I really hope the courts will make it difficult for him. I hope they are sent to jail for this, another commented. 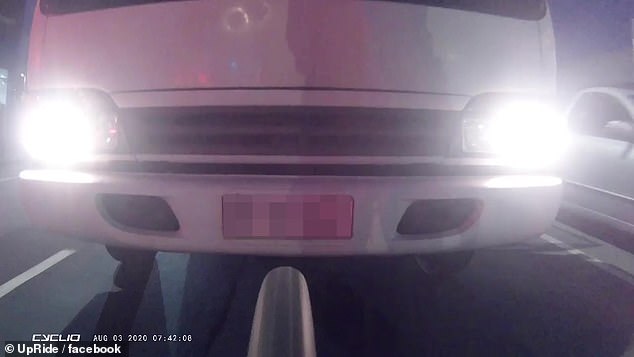 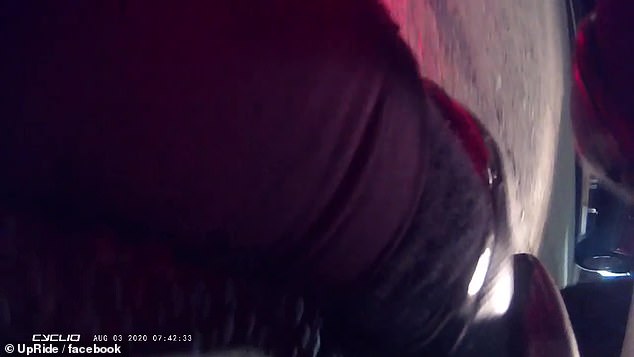 Ultimately, the truck driver got enough and knocked the rider off his bike and fell to the ground (pictured)

However, others stood with the truck driver asking why the cyclist was in the middle of the road when there was an empty bike lane.

One of them indicated that “there is a separate bike lane on this road that could have been used by the rider, which would have avoided it completely.”

“Why was the cyclist in the middle of the lane and not moving left. He would know there was traffic behind him,” wrote another.