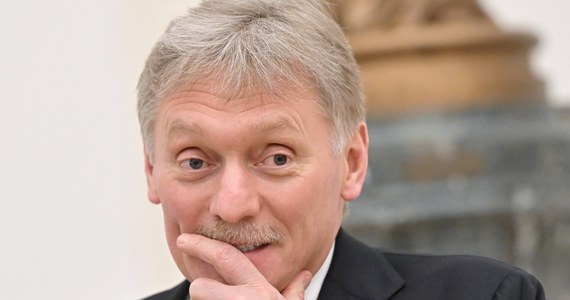 “It is not true that Russia wants to kill the President of Ukraine, Volodymyr Zelensky,” Kremlin spokesman Dmitry Peskov said in an interview with French television. He also stated that the Russian side was never interested in occupying Ukraine.

Spokesperson for the President of Russia, Vladimir Putin, Dmitry Peskov in an interview with French TV LCI He was asked about reports that the Kremlin wants to kill the President of Ukraine, Volodymyr Zelensky. No this is not true said the speaker.

He also denied that Russia wants to overthrow the government in Kyiv. This is absolutely not true. We never talked about the occupation of Ukraine Peskov said.

This is the President of Ukraine, and we are interested in his agreement to the conditions of the Russian Federation, as the Russian delegation explained. Through negotiations we want to end the military operation (as the Russians call the invasion – editor’s note) – said Putin’s spokesman.

The Ukrainian side claims that there have been more than ten attempts to attack Volodymyr Zelensky. At the beginning of the Russian invasion, it was reported, inter alia, about mercenaries from the so-called Wagner Group who were to prepare for the attack.

Later it was reported that Moscow would like to form a puppet government in Kyiv. According to leaks from the investigative portal Bellingcat, the Russians have suggested that Zelenskiy remain as president, but his job will be deprived of any real influence. According to this scenario, Yuri Boyko, head of the pro-Russian opposition platform “Zaysia”, will become prime minister.

Don't Miss it The best Polish crime novels. These products keep you in check until the last minute
Up Next Change before a title fight? There is a statement by the promoter