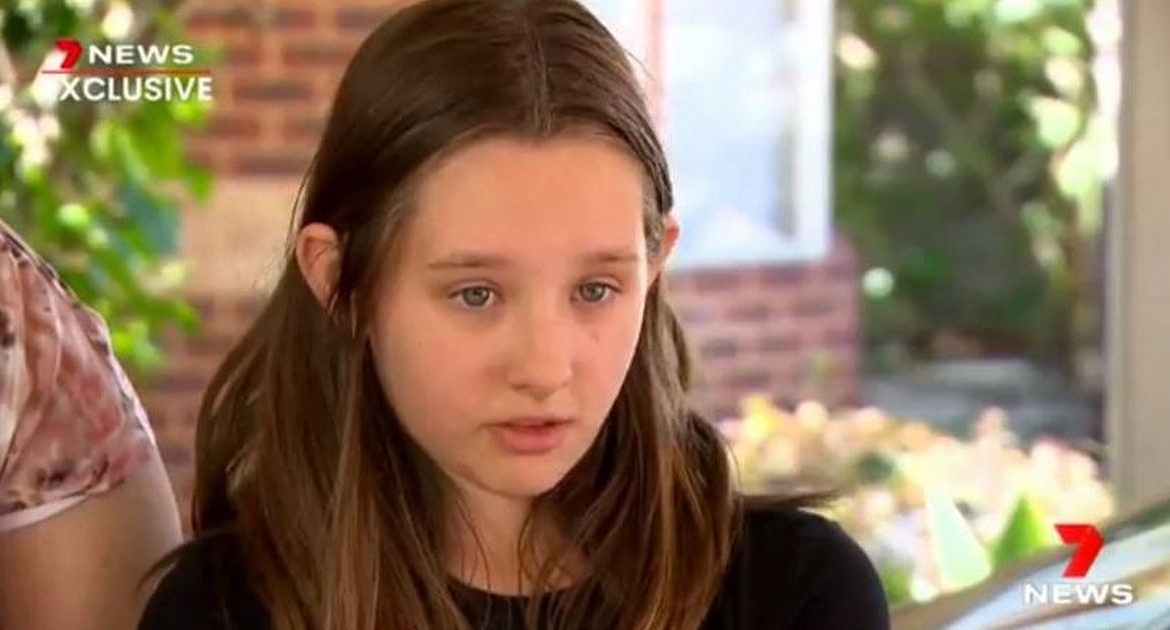 A nine-year-old girl spoke of her horror at being followed by a “scary” man upon her return from school.

Bella Boyer was walking across Queens Rocks, North Perth, when a man appeared from some bushes.

She said he followed her on the street and told her, “Come here.”

“He had this scary smile on his face and he said come here,” she told 7News Perth.

Bella said she tried to escape but the man kept chasing her down the street to Foundation Park.

The nine-year-old added that she was very intimidated and described the man as wearing black.

She said: He wore all black clothes, black shoes, black hair and a big beard.

Nicole said she understood something was wrong as soon as Bella got home.

The girl said to her mother, “There is this man and he will take me.”

The officers did not find anyone who matched Bella’s description and said that the other residents had not noticed anything suspicious.

But Bella urged other residents to avoid the man and not listen to what he was saying.

Don't Miss it The new Huawei phone that is full of features has been revealed, but will it convince you to abandon Google?
Up Next Harvey Elliott reveals Liverpool text messages after scoring the first goal for Blackburn Rovers