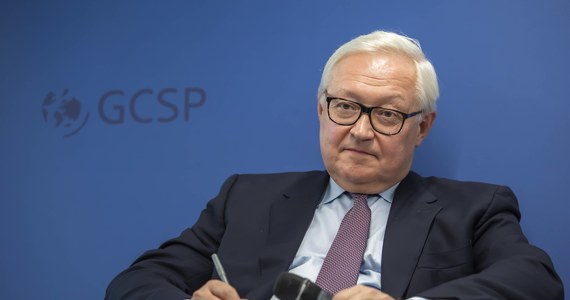 After a meeting on Sunday in Geneva with US Deputy Secretary of State Wendy Sherman, Russian Deputy Foreign Minister Sergei Ryabkov said that their conversation was complicated but realistic, according to Reuters, citing Russian agencies.

“The conversation was complicated, and couldn’t be simple. As a rule, it was at the heart of the matter. I don’t think we’re wasting our time tomorrow– commented Ryabkov, referring to the next round of talks scheduled for Monday.

The RIA quoted the Deputy Head of the Russian Foreign Ministry, assessing this with Sherman. “They delved into the following matters.”

The US side noted in the State Department announcement that during the meeting, US Deputy Secretary of State Wendy Sherman affirmed “the US adherence to the international principles of sovereignty and territorial integrity of states and the freedom of sovereign states to choose their allies.”

Earlier on Sunday, Ryabkov said Russia was ready to discuss in detail in Geneva point by point what Moscow called a security guarantee.

He also declared that Russia “will not make any concessions under pressure and in the face of persistent threats from Western participants in the upcoming talks”, and that diplomatic efforts may end abruptly after one meeting and “The Americans… should have no illusions about it.”

In turn, US Secretary of State Anthony Blinken said he is not thinking There have been no breakthroughs in Geneva, and progress will be difficult when “Russia extends arms to the temple of Ukraine.”

On December 17, the Russian Foreign Ministry published proposals for the so-called security guarantees that Moscow demands from the West. It is a draft “Treaty between the Russian Federation and the United States on Security Guarantees” and a draft agreement between Russia and NATO. Moscow wants, among other things, to end NATO’s military support for Ukraine, withdraw from NATO expansion, and end all military activities near Russia’s borders.

Sunday’s conversation between representatives of the US and Russian authorities opened a series of diplomatic meetings between Russia and the United States, which will continue on Monday.

The NATO-Russia Council is scheduled to meet in Brussels on Wednesday, and representatives of Russia and the Organization for Security and Cooperation in Europe will meet in Vienna on Thursday.

Don't Miss it Talks between the United States and Russia soon. The Kremlin announces “non-standard solutions”
Up Next A mysterious “cube” on the surface of the moon. Solve the mystery of the existence of a strange object in space