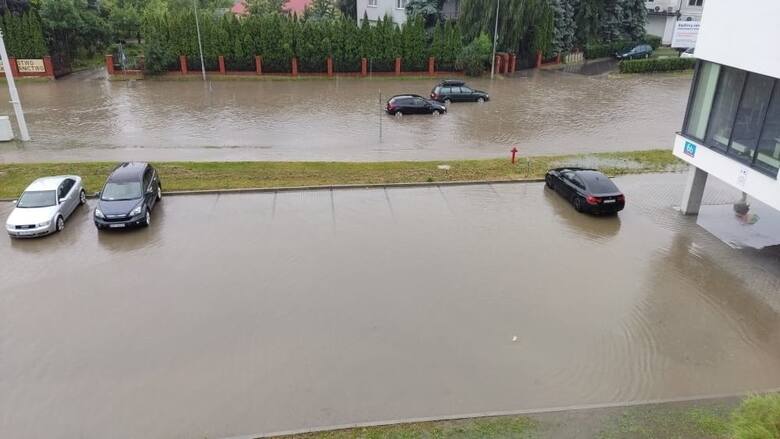 Climate change and human neglect, torrential rains are flooding us with increasing intensity. Whether and how we can prevent biblical floods on a microscopic geographic scale, says Krzysztof Guizdak, a spokesperson for the Rzeszow Regional Water Management Authority of the State Water Department of Polish Waters.

More and more torrential rain showers us. Do we have effective systematic ways to defend ourselves against it? Or at least define the scope of these influences?

It is not that it has been raining for more than decades, because the annual precipitation of our country remains the same. The national average is 650 milliliters or 650 liters per square metre. In central Poland, it is slightly less, but in mountainous regions and foothills it can reach 1500 mm per year. What has changed is the periodicity of precipitation. They have been “overlapping over time” throughout the year, and now they are piling up and the result is that we have periods of drought interspersed with periods of very heavy rain. A year ago, in the Yasu District, about 10 centimeters of water fell within an hour, which is statistically equivalent to ten weeks. Another example – less than a month ago, after a torrential rain in the Gorlis Poviat region, bales of straw weighing one ton were floating in the Klimkówka Reservoir. The water flowing down the cliffs captured dozens of these bales from the fields. Yes, there are ways to defend ourselves against the effects of such events, and new events constantly emerge, but over the decades we have done a lot to limit their effects.

Because we didn’t build the retention system efficiently enough, did we make up a large part of the world?

Among other things. Also the fact that we have reduced retention, including in forested areas. Forests are a powerful and invaluable water source that stores excess water and dampens the dynamics of its runoff. Anyone who has seen a flood in an urban area has also seen the speed with which water flows in paved and paved streets. Pouring concrete greatly increases the risk of flooding. What happened in Rzeszow the previous Sunday was precisely the result of the concrete holding together. Dense buildings, everyone in the house wants a wide corridor and paved roads, there is also rainwater flowing from the roofs of large spaces. This actually adds up. Until recently, spatial development plans passed by local governments did not seem to notice this dependence. Now, the design details of the so-called Special Drought Act are being discussed, which is intended to ensure that urban system plans, created by municipalities, protect and protect green spaces.

If you want to read this article, please purchase access.

Don't Miss it Tokyo 2020. Olympic podium in the Asian team
Up Next Netflix library update Wednesday. A successful sequel to the highly rated animation has been added!